Home > Single mom has to take her baby to class, professor holds him so class can continue

Single mom has to take her baby to class, professor holds him so class can continue 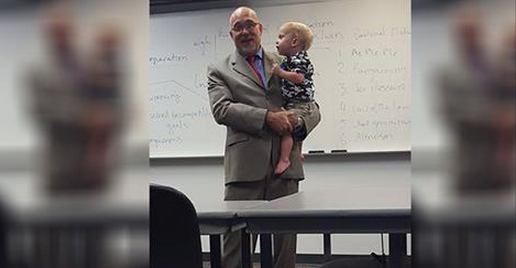 Remember that Israeli professor who held his student’s baby during lecture? Well, it’s happened again here in the U.S.!

Amanda Osbon of Nashville, TN is a student at DeVry University. One day, she couldn’t secure childcare and, as a 4.0 student, skipping class was not an option. So she swallowed her pride, she said, and took her toddler to class. During class, the child wondered up to the professor, and Professor Joel Bunkowske, who has a toddler of hos own, scooped him up and continued the lecture without missing a beat!

Obson was touched by the gesture and snapped a photo, which is now getting heaps of attention on social media. Even Hilary Clinton chimed in on Facebook and Twitter: 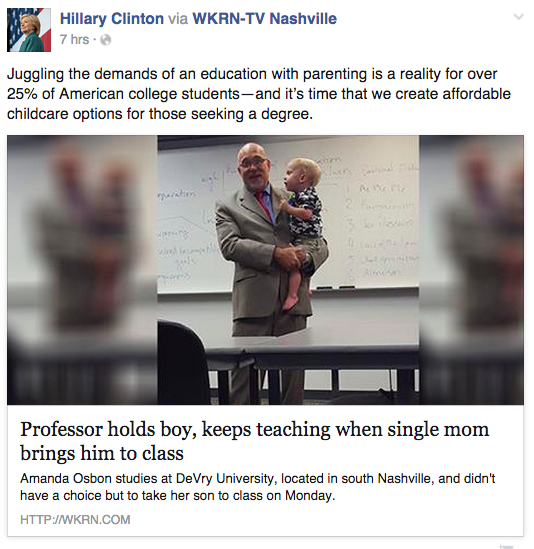 Check out the local news coverage below!

We can definitely do more to support families here and abroad. Not to get political or anything, but Hillary was right when she said “It Takes a Village.” …I was a teen when that book came out. I wonder if it was any good…?

Sep 23, 2015Jamie
McDonald's is tricking your brain into thinking you're breastfeedingMom responds to bullies at a coffee shop by paying for their coffee