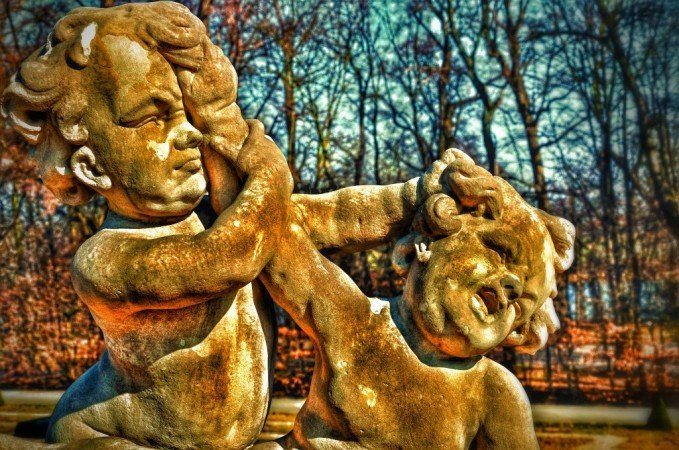 A two-part series in Breitbart (Part 1) (Part 2), written by Milo Yiannopoulos, that was published early this month has evoked a passionate response from men and women alike.  The article is titled, “The Sexodus,” a play-on-words that eludes to American men on a mass exodus,  “checking out” on mainstream society and, in particular, on their faith and belief in relationships with women.  The article argues that a reverse discrimination of sorts, fueled by the feminist movement and by anti-male sentiment and policies, has created a generation of young, single men that no longer feel that they can seek healthy, intimate relationships with women without fear of being branded as misogynistic, “paedophiles or potential rapists.”

The article states in it’s opening thesis that, “among men of about 15 to 30 years old, ever-increasing numbers are checking out of society altogether, giving up on women, sex and relationships and retreating into pornography, sexual fetishes, chemical addictions, video games and, in some cases, boorish lad culture, all of which insulate them from a hostile, debilitating social environment created, some argue, by the modern feminist movement.”  It goes on to say, “you can hardly blame them. Cruelly derided as man-children and crybabies for objecting to absurdly unfair conditions in college, bars, clubs and beyond, men are damned if they do and damned if they don’t: ridiculed as basement-dwellers for avoiding aggressive, demanding women with unrealistic expectations, or called rapists and misogynists merely for expressing sexual interest.”

While I admittedly fall slightly outside the demographic mentioned in the article (I am 33 and married, not single and 15 to 30), I certainly remember the time not too long ago when I was single and in my 20’s.  During that time, I have to admit that I never felt like the men mentioned in this article, although I did do my fair share of participating in “boorish lad culture” and “chemical addictions.”  However, I don’t think this was a direct result of being fearful of women and dating or some subconscious retreat from society in general.   It was simply that I was an idiot.  So, for me, I can’t say that the ideas proposed by The Sexodus really fit into anything I experienced but I also know that as I read this article and the second part of the series, I found myself becoming extremely uncomfortable as I agreed with some of the ideas presented.  Yiannopoulos stated, “In schools today across Britain and America, boys are relentlessly pathologised, as academics were warning as long ago as 2001. Boyishness and boisterousness have come to be seen as “problematic,” with girls’ behaviour a gold standard against which these defective boys are measured. When they are found wanting, the solution is often drugs.”  He goes on, “Meanwhile, boys are falling behind girls academically, perhaps because relentless and well-funded focus has been placed on girls’ achievement in the past few decades and little to none on the boys who are now achieving lower grades, fewer honors, fewer degrees and less marketable information economy skills. Boys’ literacy, in particular, is in crisis throughout the West. We’ve been obsessing so much over girls, we haven’t noticed that boys have slipped into serious academic trouble.”

Then perhaps in one of the more controversial passages, he states, “They point to the fact that they (men) are more likely to be murder victims and more likely to commit suicide. Women do not choose to serve in the Armed Forces and they experience fewer deaths and injuries in the line of work generally. Women get shorter custodial sentences for the same crimes. There are more scholarships available to them in college. They receive better and cheaper healthcare, and can pick from favourable insurance packages available only to girls. When it comes to children, women are presumed to be the primary caregiver and given preferential treatment by the courts. They have more, better contraceptive options. Women are less likely to be homeless, unemployed or to abuse drugs than men. They are less likely to be depressed or to suffer from mental illness. There is less pressure on them to achieve financial success. They are less likely to live in poverty. They are given priority by emergency and medical services.  Some might call these statistical trends “female privilege.” Yet everywhere and at all times, say men’s rights advocates, the “lived experiences” and perceived oppression of women is given a hundred per cent of the airtime, in defiance of the reality that women haven’t just achieved parity with men but have overtaken them in almost every conceivable respect.”

Wow.  The most interesting part about reading this article for me was the uncomfortable feeling that I got as I read those things.  They are things that men are not supposed to agree with.  We certainly are not supposed to vocalize positions such as this because it goes right back to the “man-children and crybabies” statement mentioned earlier.  It also ignores the fact that for centuries, women have been, and in many situations continue to be, the ones that are the victims of sexism and discrimination.  For a male to even halfway agree with some of these statements…it must mean that there’s something wrong with me?  I mean, I’m the guy that wrote an article a couple of weeks ago deriding Julien Blanc and his pick-up-artist techniques and describing how I want to raise my young son and daughter to rise above messages like the one he presents.  Even now, I find myself fighting this urge to go back and talk about all of the things in the article that I disagree with (and there are a lot) in an effort to soften my stance and not look like a jerk.

The simple fact is that you need to go read the 2-part series.  No matter your demographic or your preconceived notions on sexuality and discrimination, it’s an interesting read.  Chances are it will make you uncomfortable like it made me.  Maybe not for the same reasons, perhaps you’ll disagree with it verbatim or maybe, like me, you’ll find that it makes you question the way our culture swings back and forth when it comes to social prejudice.  It seems to be an all-or-nothing phenomenon.  Either way, if it makes you uncomfortable it will make you think.

Our society is broken in many different ways.  Finding problems and fixing them by taking extreme action in the opposite direction is rarely the answer. There is usually some middle-ground that our society has one hell of a hard time finding when the loudest voices tend to be the ones screaming from each end, far off on the extremes.  For me, this article was a great conversation piece and got me thinking critically about my children and how I want them to grow up.  As a parent, I think that elusive middle-ground can be worked toward by example and by letting my kids see that there typically is not a black and white (no pun intended) answer to these complex questions surrounding sexuality, race and discrimination in either direction.  When big politics get involved and try to legislate changes that can only occur at the individual level, the outcome is never as simple as one would hope and rarely works. The best we can hope for is open minds and open hearts and to work toward doing the right things for the right reasons.  Articles like this that present controversial viewpoints leading to conversation is a good step to at least examining what is in our hearts and creating honest discourse about a difficult topic that is very real in our society today.  The answer lies somewhere in the middle of the radical stances and emphasizes, to me, that I need to discuss these issues with both my little girl and my little boy as they grow up.

Dec 15, 2014Jamie
Mom Discovers Her Son Giving Himself His First Haircut. Her Reaction Is Perfect! Teacher Mailed Letters He Asked His Students to Write 20 Years Ago