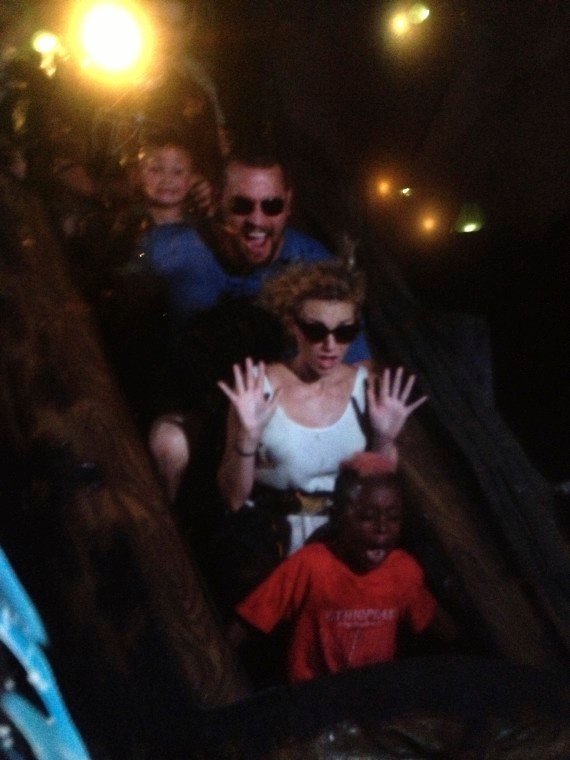 Yes, I know, this picture makes no sense with the post.

Me: Alright! Add the vinegar and watch the volcano erupt!

Samuel: Then it becomes soda?

Samuel: the bacon, it becomes soda when you add the vinegar?

Samuel: The bacon that they make into a powder. How does it become soda?

Me: Wait a minute… are you talking about baking soda? (Points to the box.)

Me: Hah! It’s baking soda. For baking! That is why we use it when we make cookies!

Samuel: I think I’m confused. There is no bacon or soda in it?

Me: Nope… Baking is used because you typically bake with it and soda is another word for sodium bicarbonate. I think they used to use sodium bicarbonate in soda drinks like Coke, and that is why it is now called soda. It is sort of a nickname…which is also the reason Coke is called Coke – they used to make it with cocaine! Isn’t that interesting!?

Samuel: What is cocaine?

Me: Mommy has over-spoken once again. Cocaine has a complicated history. Let’s save it for second grade science.

At least I held back from explaining that sodium bicarbonate is the main ingredient in the most commonly used method for making crack.

Jul 21, 2013Jamie
Wet Nursing Defined by a Six Year OldHow to Reduce Your Time in Purgatory and Other Random Internet Findings