A Child’s Perspective on Same-Sex Relationships 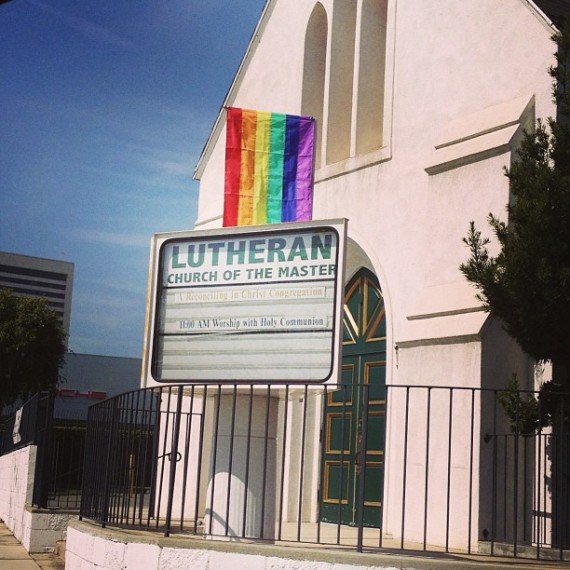 I posted the photo above yesterday on the blog Facebook page, and it was the first time I could visibly see the number of “likes” of the page drop within seconds.

I’ll give the people who were offended some credit, because they went quietly without any “I’m leaving” announcement (I still don’t understand the point of that. Not every facebook page is going to be one you decide is right to follow. Just unlike the page, don’t make it a big production when you exit.)

It has been on my mind how intolerant people still are towards same-sex relationships, and it made me wonder if we had really come that far at all. Then I heard this conversation today between Aram and Samuel.

…I waited and listened to the rest of the conversation.

Samuel: “Because it is against the law, so they can’t do it.”

Samuel: “Yes it is! A police officer could come get them if they tried to get married- it is illegal.”

Aram: “No…Daddy wouldn’t do that.”

Samuel (very frustrated): “No no, Aram! Daddy wouldn’t do it, but laws are sometimes bad. A long time ago there was a law that brown and beige people couldn’t be a family.”

I sometimes wonder, if children were left to their own devices to run the world, would it really be like Lord of the Flies or would it be a more civilized community (with flatulence). Are the adults the ones with the more savage mindset?

Mar 23, 2013Jamie
Pillow TalkTop 5 Reasons You Should Have a Blog