Home > Is it really bad to shake breastmilk? An anthropologist uses physics to find out

Is it really bad to shake breastmilk? An anthropologist uses physics to find out 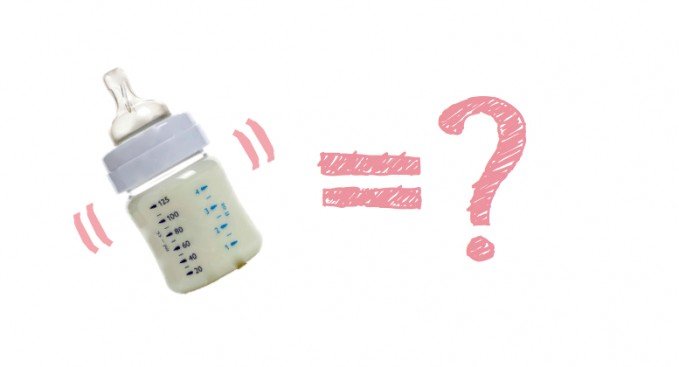 Has anyone ever told you not to shake a bottle of breastmilk?

Even as I mentioned it in an article I wrote last week debunking myths about extended breastfeeding, I wondered a bit about it. But I had heard and read this in several sources that I otherwise find very reliable, such as International Board Certified Lactation Consultants (IBCLCs) and the U.S. Department of Health and Human Services. So I left it in. 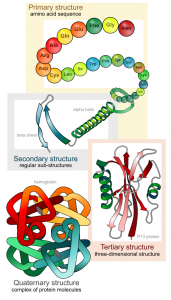 Well, if you clicked the link above you’ll know I had to change it.

Coincidentally, anthropologist E.A. Quinn of Washington University was wondering about the same thing I was. Only she took the time to investigate it…using physics?

You see, proteins are among the most complex molecules on earth, and are folded into various structures that allow them to perform their various biological functions. We call the un-folding process “denaturation.” It naturally follows, then, that if an important protein in breastmilk is denatured, it loses it’s nutritional value to the nursling.

It has been shown that the freezing process does denature the proteins in breastmilk, but this can very much be kept to a minimum with proper freezing and storage practices. But what about shaking?

Dr. Quinn (lol) found that it is thought to take about 3000 Newtons of force to denature a beta-folded protein, and determined that a human forearm (the baseline used was swinging a hammer) is only likely to generate about 1.139 Newtons–which is nowhere near enough to cause damage to the milk. Further, she noted that there are other aspects of protein structure that can be protective, and that some proteins exposed to tremendous amounts of shear stress (which might be created by the force of the milk moving against the inside of the bottle) can still remain stable.

Quinn also addressed claims that shaking damages cells. She concluded that this, too, is unlikely, since “Breast milk cells are likely exposed to high shear force at multiple points in their normal life course – from milk ejection to swallowing to digestion.” If anyone here has shot milk across a room, you’ll know what she’s talkin’ ’bout.

You know you’ve done it.

Quinn concluded that the supposed dangers of shaking milk is probably just a myth. She and her colleague and co-blogger, Sarah Sobonya wondered if this myth is perhaps perpetuated as a means of undermining mothers’ efforts to breastfeed by creating yet another means by which they might feel like a failure and feel the need to resort to formula.

I liked Kellymom‘s treatment of this issue:

“To play it safe, use the smallest amount of force needed to mix the layers, keeping in mind that the layers will mix better as the milk warms. If you do shake the milk, it might not be a problem at all–and even if it turns out that shaking makes a difference it will still be the best nutrition for your child.”

For details about how Dr. Quinn came to her conclusion, you may read the full article at her blog, Biomarkers and Milk. Her research focuses on human milk, breastfeeding, and maternal physiology. Her appropriately-chosen Twitter handle is @QuinnAnthroWman. If you love reading about breastmilk science (and like me, like to have it explained to you like you’re five), I highly recommend her blog as well as Katie Hinde’s Mammals Suck…Milk!