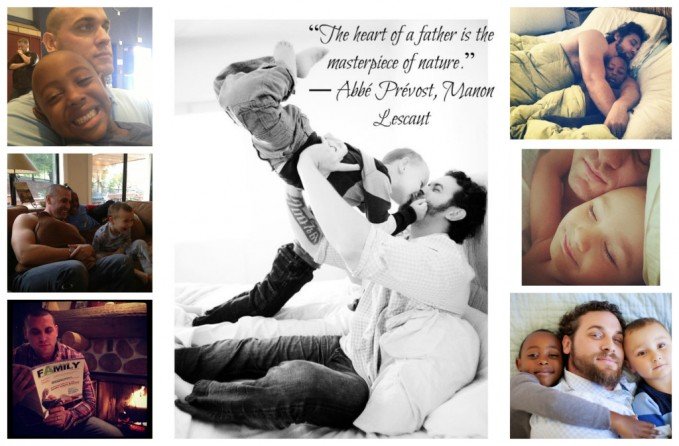 Brian asked me the other day why he wasn’t featured in our “Real Men of AP” series.

I guess I thought I wrote about him enough that he didn’t need to be a part of this, but of course he does! Plus, it is important to him.

So, without further ado, I give you this week’s Real Men of AP feature: Brian Grumet. 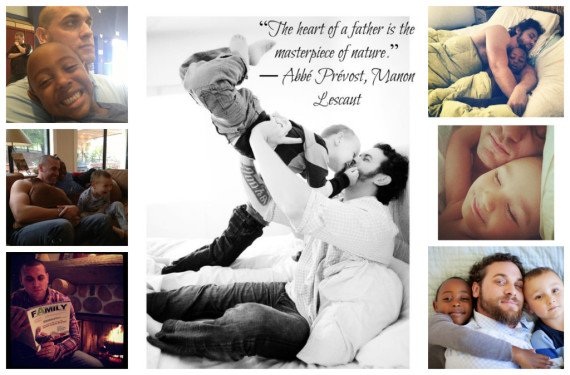 Brian has been the epitome of a present, hands-on dad since the day Aram was born. Aram was born via emergency c-section two months before his due date. I was in one wing of the hospital recovering from HELLP Syndrome while Aram was in the NICU spending his first three days of life without his mother…but…He DID have his father.

Brian spent every waking moment holding Aram, learning how to change his preemie diaper, practicing skin-to-skin, and just being there for him, singing to him so he heard a voice he no doubt became familiar with in the womb.

Brian was the one who prioritized breastfeeding after delivery. While I was passed out from various medication, I remember waking up and having Brian pumping for me. He didn’t want to disturb me or disrupt my recovery, so instead he stimulated my milk production with a pump until I could do it myself.

At one point, when I was released from the hospital and Aram 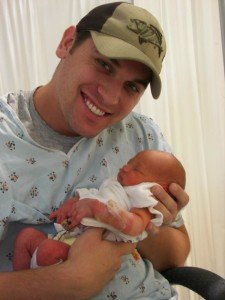 was still in the NICU, I remember waking up every hour to take three different blood pressure medications (it was the only way doctors could stabilize my pressures) and also in the middle of the night would need to pump.

Brian was the one to get up, bring my my medication, water, blood pressure cuff, and breast pump. When I finished pumping he would take care of packaging the milk and sanitizing the pump for the next use. It was one of those moments where I was so scared I was going to die and I just wanted to be alive for my baby, and my husband was able to see the benefit in making sure my milk came in, even more than me at that point. He comforted me and said he would take care of everything, all I needed to do was be present to pump. After I got my bearings, I realized what a gift he had given me. I know if I didn’t have Brian, there is a good chance I wouldn’t have been able to breastfeed Aram, something that ended up being such a great part of our relationship his first four years of life.

With Samuel’s adoption, Brian once again proved himself as amazing parent and husband. He went alone to Ethiopia to meet Samuel’s birth mother. This was his first time ever out of the country. He also met Samuel for the first time by himself. Samuel took to Brian right away and he instinctual knew exactly how to play with him, how to approach and interact with Samuel, which didn’t put any pressure on Samuel to feel like he needed to do anything other than have a good time and play with this giant happy man, who I think he realized would not be a stranger for long. When Brian left from the first visit, Samuel told the head of the orphanage, “I want to go with that guy!”  “That guy” soon became the one and only man Samuel will ever know as a father. Samuel has two mothers, and that is very special to him, but Brian is the only father figure in his life. Samuel loves spending time with Brian and revels in the special connection they have.

(About halfway through this video shows Brian meeting Samuel for the first time.)

Brian also has a beautiful perspective on how overlooked fathers are. After the Time magazine cover came out I was asking him how he was doing. His answer, like usual, was thoughtful and pretty blunt (I remembered most of it, but I asked him again tonight to make sure I wasn’t missing anything):

“The reactions revealed our society is even more f***** up than I thought. You are getting every single ounce of criticism and the only negative words for me have been how you must be controlling me. As if a “real” man would never allow this sort of parenting. People can try all day long to attempt to say their criticism of you is only because they are worried about the best interests of Aram, but their load of shit starts reeking when they don’t mention me. This is a two-parent household and there have been no secrets about that. This is a society built on shaming women in all areas of their life and allowing dad a free pass from being an active member of the family. It is clear we don’t expect a father to be any more than a financial contributor to the family. Even when we hear about how our country has a huge problem of fathers being nothing more than sperm donors, the main argument is they are skipping out on child support, not that they aren’t being a parent, which is a hell of a lot more important than cutting a check. I am here with you, we make decisions together, we parent together, I was standing two feet away from you during that photo shoot, and, if I could breastfeed, you know I would have been the one in the image. We, as a family, want what is best for our children, so if people want to criticize, they might sound a little more believable when they name both parents rather than just the mother…I said this earlier, if you have an issue with her parenting, than you have an issue with mine… but I am no fool, I know that is not really their issue. That is why we did this…people are not brave enough to mention the real reason they are uncomfortable. I have just been the most surprised at how completely neglected the role of father really is in our country and through this experience it has become so blatantly obvious. I didn’t think it was this bad.”

He also responded recently when someone mentioned an article from 2012 calling Brian Grumet a “wimpy beta male” :

“A beta male? If that is what someone calls a man who is against abuse but is a proponent of respect , then okay..because that is what I believe and how I hope I am treating the mother of my children. And, in that case, I hope both my boys are beta males, too.”

So, this tribute is for my badass beta male. I love you very much and I am so blessed that you are the father of my children. 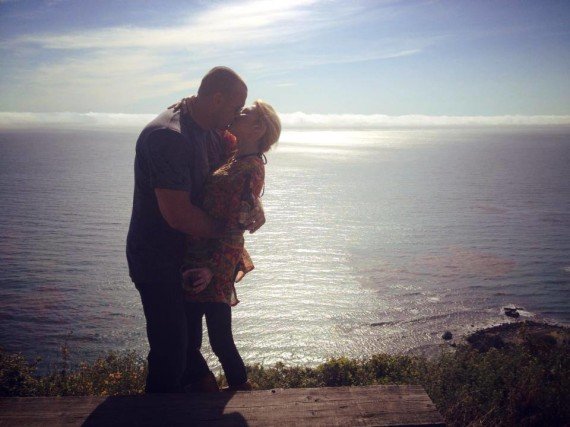 Jun 11, 2013Jamie
Children's Books: Little Men by Louisa May Alcott13 Years Ago Today My Brother was Killed in a Blue Suicide