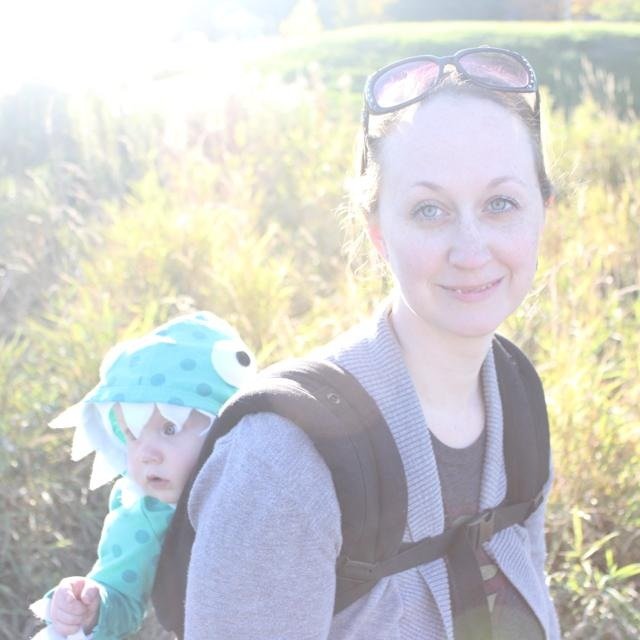 My name is Katie. I’m a momma and aspiring baker. I blog about my culinary adventures and my baby(mostly about my baby these days) over at thenightbakery.com. 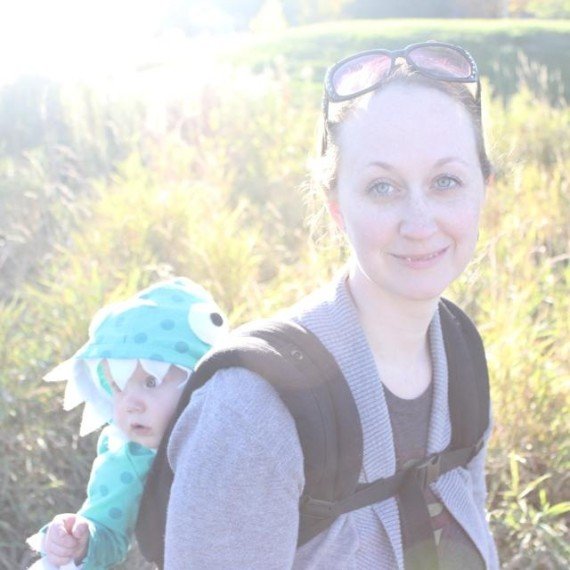 My breastfeeding story doesn’t start with my baby. No, my story starts with a pump. My daughter was born with a previously undiagnosed heart defect called Ebstein’s Anomaly. She was unresponsive at birth. She spent four days in the NICU and was then transferred to the PICU at our local children’s hospital. My daughter started out her journey with breastfeeding being fed my milk through a nasal gastric tube. She was 10 days old. Prior to receiving my milk she was given TPN (total parental nutrition) through an IV. I remember one night when things got really bad in the hospital. She was up all night long, my husband and I took shifts soothing her and sleeping. She was miserable, crying and inconsolable. The nurse, who frankly was the worst nurse we had, told me she was just hungry. It was around 4 am and I felt like punching her in the face and asking her what she proposed I do about it since I wasn’t allowed to feed
her.

I was determined to breastfeed. My entire pregnancy I knew I would breastfeed. There was simply no other option for me. Life threw some unexpected curveballs into my plans and an hour after giving birth I was alone with nurse, being shown how to use a pump for the first time, while my husband and baby were in the NICU (you can read more about my birth story here).

Over the next few days pumping felt like the only thing I could do for her, so pump I did, and luckily I was blessed with an over-abundance of milk.

We were allowed to try a bottle once she was tolerating her feeds via NG tube. The first day she seemed to cough and sputter when trying to use the
bottle. We put it down and decided to try again the next day. When they finally let me try putting her to breast she couldn’t figure out how to latch. She kept rooting and rooting, but she simply couldn’t coordinate it. I began feeling defeated. I was nervous. I was uncomfortable. There were a million and one cords and wires connecting her to machine keeping her alive. I was terrified I would somehow disconnect one, or hurt her if I held her wrong.

Learning to eat was her last hurdle in our journey home. Reluctantly I tried the bottle again. This time she figured it out immediately. Over
the next 24 hours she was taking all of her feeds by mouth. It was the last piece of the puzzle to get us out the door. It wasn’t my vision for feeding my daughter, but neither was raising her in the hospital. I HAD to get us home.

Once home, I decided we were switching to breastfeeding exclusively no matter what. I did not want to continue to pump. I did not want to bottle
feed. A nurse in the PICU had suggested trying a nipple shield, and although the feeding specialist we worked with advised against it, I was desperate. She wouldn’t latch and I needed her to.

The first time we tried the shield she latched. She fed for 10 minutes and fell asleep. It was amazing. Over the next week we did more and more feedings at the breast with the shield until we were done with bottles. We also ended up back in the PICU that week, but I was determined not to let that deter me. This time I converted the couch in the room into a bed, and moved it close enough to hers for her cords and lines to reach. She spent most of her days snuggling in that bed and nursing with me. Little by little we stopped using the nipple shield until we didn’t need it all together.

7 more days passed and we were discharged again. She was 5 weeks old and breastfeeding like a champion. Over the next few months I would face other
challenges from pumping and using the shield. I battled horrible oversupply, leading to clogged ducts and mastitis. The mastitis ravaged my breasts and left me in terrible pain. It took 4 months of different antibiotics to finally get rid of it, only to be left with Raynauds due to trauma. I was in pain nearly every time I nursed for 4 months. Most people would have given up. Some would call me crazy. But I was determined. Formula was not an option. Quitting wasn’t either. The way I saw it, she had been through hell to make it home, the least I could do was suck it up and let her have the perfect food made just for her. The comfort she gained from breastfeeding was obvious as well. She went from a baby who preferred to sleep on her own upon arriving at home to demanding to be held as much as possible and sleep snuggled next to me. Today she is 15 months old, an adorable mass of baby rolls, and still breastfeeding multiple times a day. I have no intention of weaning her until she is ready, whenever that may be.