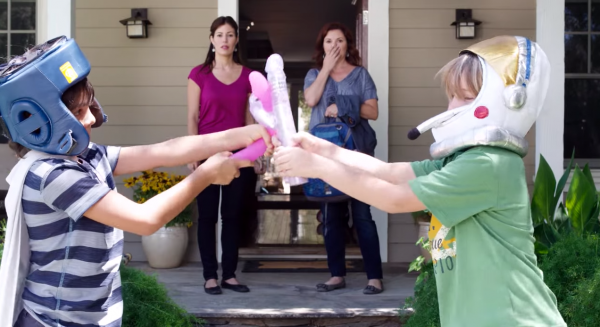 Did you know that two children per week were killed in 2013 due to unintentional shootings? And that over two-thirds of those deaths happened because those children found unsecured guns in the home?

If you’re going to have a gun in your home, be responsible and lock it up.

Now back to the epic battle:

Jun 27, 2014Jamie
This Tampon Commercial Made Me Cry...Groom and Groomsmen Surprised Bride with Awesome Dance Number