In this case, Meriam was accused of converting from Islam to Christianity. However, Meriam denies these charges completely. 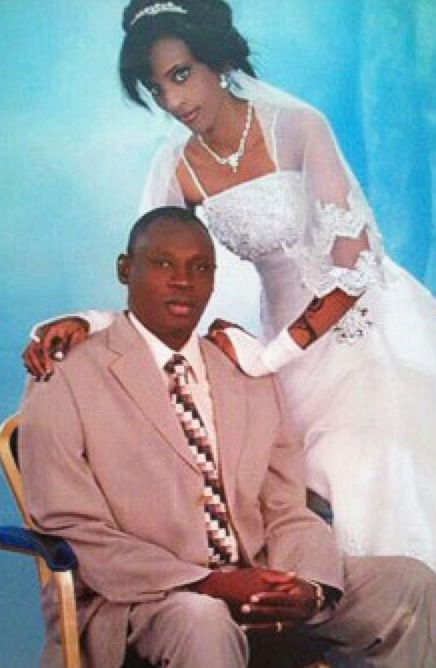 Meriam and her husband Daniel Wani.

Meriam has stated that she was born to a Sudanese Muslim father and an Ethiopian Orthodox Mother (an Oriental Orthodox Christian church). She went on to explain that her father left when she was six-years-old and her mother raised her as Christian.

Unfortunately, because her father was Muslim, Sudanese courts recognize Meriam as one too.

Now eight months pregnant, Meriam is also convicted of adultery and sentenced to 100 lashes because her marriage to her Christian husband is considered void under Sharia law.

The court warned her to renounce her Christianity by Thursday, but she held strong to her beliefs and told the judge: “I am a Christian and I never committed apostasy.”

A Toddler in Prison

Mohamed Jar Elnabi, Meriam’s lawyer is reporting that she is having an extremely difficult pregnancy and all requests to send her to a private hospital for further examination have been denied.

In addition to her pregnancy, Jar Elnabi has stated that Meriam’s 20-month-old nursing toddler is living with her, and contracting a host of health issues due to hygienic issues in the prison.

Christian Solidarity Worldwide spokeswoman Kiri Kankwende made a statement to CNN confirming that in past cases involving pregnant or nursing women, the Sudanese government waited until the mother had weaned her child before executing any sentence.

Wani is also struggling to survive while Meriam is being held in prison. According to Jar Elnabi, Wani uses a wheelchair and depends on his wife for the most mundane daily life activities. The lawyer has also said that Wani’s reliance on her has been vital to his existence.

The verdict for this case will have to go through all the judicial stages to reach the constitutional court.

According to Amnesty International, “The Criminal Code states that she must give birth first, and nurse her child for two years before her execution can go ahead.  If Sudan does execute Meriam after this period, they will leave two young children motherless, as well as taking away Meriam’s right to life.”

Foreign embassies in Khartoum including those of the United States, United Kingdom and Canada, have made strong urges to the government to reverse the verdict.

Human rights groups and leaders have come out to condemn the sentence and have called upon Sudan to respect religious freedom.

Britain’s Minister for Africa, Mark Simmonds came out with this statement regarding the sentence:

“I am truly appalled that a Sudanese court has sentenced Meriam Yahia Ibrahim Ishag to death for apostasy.

This barbaric sentence highlights the stark divide between the practices of the Sudanese courts and the country’s international human rights obligations.

I urge the Government of Sudan to respect the right to freedom of religion or belief, including one’s right to follow the religion or belief of their choice, a right which is enshrined in international human rights law as well as in Sudan’s own 2005 Interim Constitution.

The UK opposes the use of the death penalty in all circumstances and urges the Government of Sudan to join what is a clear global trend to abolition.”

“The fact that a woman has been sentenced to death for her religious choice, and to flogging for being married to a man of an allegedly different religion is appalling and abhorrent. Adultery and apostasy are acts which should not be considered crimes at all. It is flagrant breach of international human rights law.

Amnesty International believes that Meriam is a prisoner of conscience, convicted solely because of her religious beliefs and identity, and must be released immediately and unconditionally. The right to freedom of thought, conscience and religion, which includes the freedom to hold beliefs, is far-reaching and profound; it encompasses freedom of thought on all matters, personal conviction and the commitment to religion or belief.”

Katherine Perks with the African Centre for Justice and Peace Studies made a boldly pointed out the hypocrisy of Sudan’s government when she said the verdict in Meriam’s case goes completely against Sudan’s “own constitution and commitments made under regional and international law.”

What can you do? 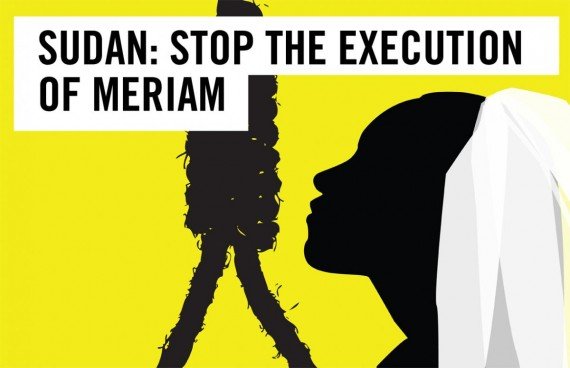 Most of us are aware of the power of social stigma and worldwide condemnation. This can be paired with social media, an equally influential force that we have seen in just a matter of days to cause government prostration and which has opened the doors for positive change.

That is why I think the best course of action would be to keep this topic on social media.

May 18, 2014Jamie
Teacher Grabs Kindergartner by Face and Yells "I Will Rip You Apart"- Receives Only 10 Days Unpaid LeaveDebt and the Shopaholic Stereotype