Home > A positive NFL story that had us in tears

A positive NFL story that had us in tears Lately, all the news on the NFL has been negative.

Let’s change the subject for a minute. She is four-years-old and is currently battling stage 4 pediatric cancer. She’s been given a 50% chance of survival.

Leah’s dad happens to be Devon Still, a defensive tackle who made the second round of the 2012 NFL Draft. Unfortunately, Still was cut from the team in late August, right before the start of the 2014 season.

Without a job, Still would not be able to pay for Leah’s medical treatments.

But that didn’t happen.

The Bengals knew about Still’s daughter’s diagnosis. They decided to give him a spot on the practice squad so that he would continue to be paid.

This week there was even more positive news! The Bengals moved Still onto the 53-man active roster. Not only that, but all the proceeds from the sale of Devon Still jerseys will go to Cincinnati Children’s Hospital’s pediatric cancer treatment and research facilities.

When the news broke, the public immediately took action. Within 24 hours, Still jerseys were the most sold jerseys in a one-day span…ever. in. Bengal. history. AMAZING.

Still, moved by the compassion of others, took to Twitter to show his appreciation for all the support. 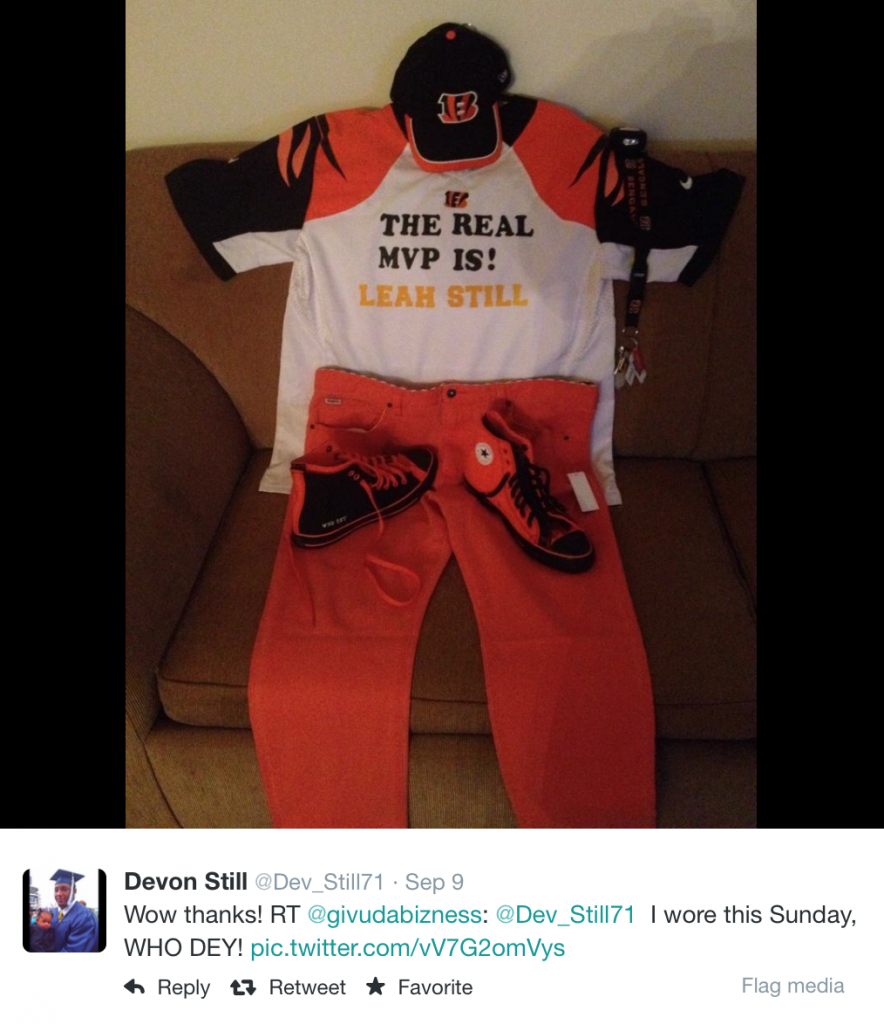 I really wish my daughter could understand the amount of support you guys are showing her and how her fight is going to raise awareness — Devon Still (@Dev_Still71) September 10, 2014

We offer our prayers and well-wishes to Leah and family.

If you would like to purchase a Devon Still jersey, please visit here.

Sep 12, 2014Jamie
Jennifer Lopez and Iggy Azalea team up for a new video that has people scratching their heads.Jimmy Kimmel gets fashionistas to lie about fashion