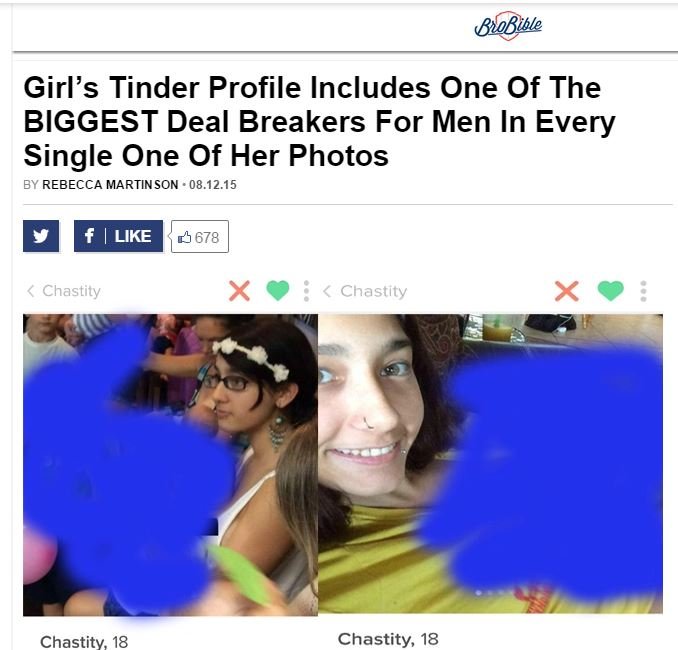 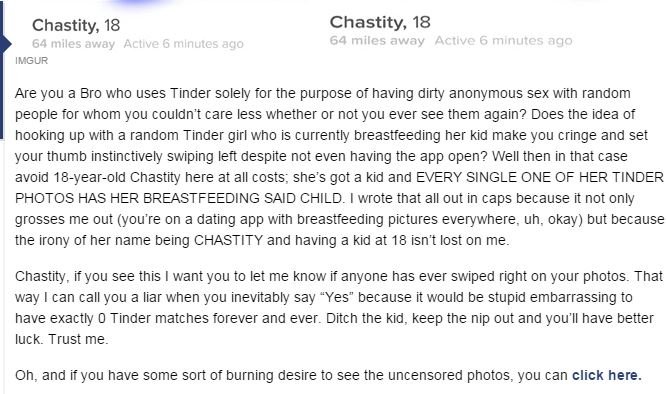 To stalk and shame a young mother for doing something amazing for her child is beyond despicable. If the author is going to blast Chastity’s face alongside her diatribe then she could at least grow a pair and put her own images up so we all know who to never “swipe right” on again. Yes, It is a woman who wrote this; A woman named Rebecca Martinson. One who clearly supports her fellow females and would never want to degrade them down to nothing better than sexual objects for men to play with. As evident by all her previous postings praising celebrity women for bikini and naked butt photos. It’s all good though, they’re being sexual like a good woman should be. It sure takes a real big person to anonymously bash an 18-year-old online, especially when you add in passive aggressive remarks about her being sexually active while you’re the one trolling Tinder for, and I quote, “solely for the purpose of having dirty anonymous sex with random people for whom you couldn’t care less whether or not you ever see them again?”. Standards – you seem to have doubled them. The humour of those photos accidentally ending up on Tinder is not lost on me, but the fact someone went out of their way to shame someone is a big problem.

Chastity was far more diplomatic than I would be when she responded. Only to have more haters stoop to new, disgusting lows. 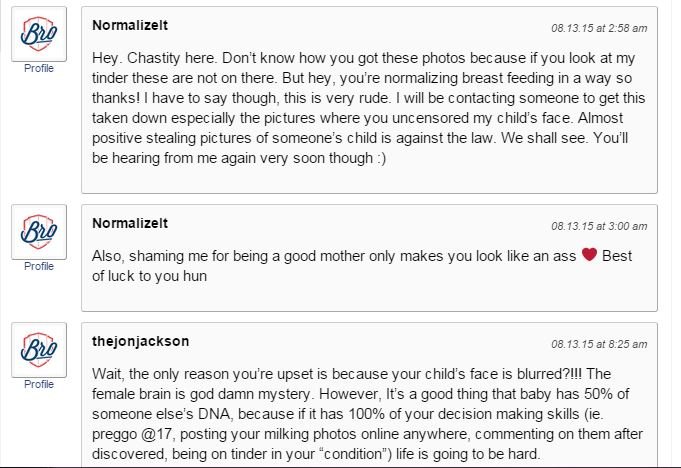 Chastity, if you’re reading this, you are awesome!! You are a beautiful, strong mother who doesn’t deserve this invasion of privacy; this hatred coming your way; the posting of your child’s face alongside those words. We support you!!