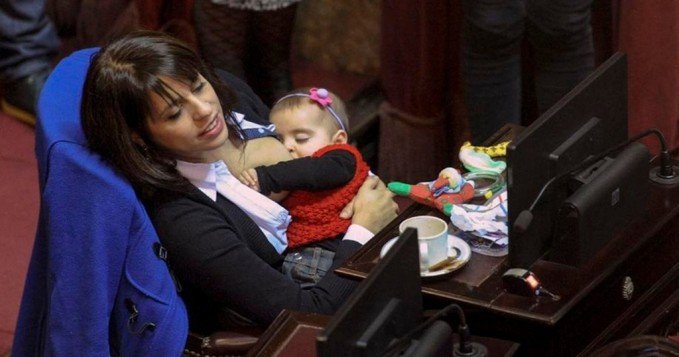 What makes it a spectacular photo is that Donda Perez was nursing her daughter, Trilce, at work – in regular session of the Argentine National Parliament. Donda Perez is a lawyer and a Member of Parliament, the youngest ever to hold office when she was elected. It’s no surprise that this clearly ambitious young woman isn’t making any concessions in motherhood or her career.

This isn’t the first time we’ve seen a politicians being mom at work either. In January 2014, a collage of Licia Ronzulli, an Italian member of the European Parliament, with her daughter accompanying her surfaced. When asked why she brought her daughter, Vittoria, she explained that she was breastfeeding and needed to bring her in for the voting sessions that her constituents expected her to be their voice at. 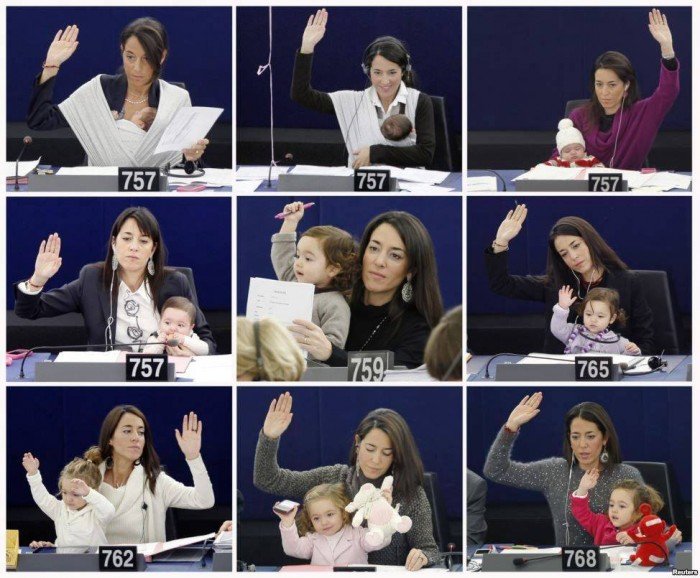 Other stories are not so fuzzy and heart warming. In Australia, Kristie Marshall was asked to leave parliament with her ten-day-old daughter because the baby was considered a “stranger” and therefore not allowed in the House during question period.

Last year in the UK Speaker Michael Martin blocked a plan to allow British MPs to breastfeed in the Commons chamber, committee rooms and public gallery.

Women like Donda Perez are doing their part to normalize breastfeeding and for that we applaud them!