Home > How to Plan a Family Trip to Nashville

How to Plan a Family Trip to Nashville 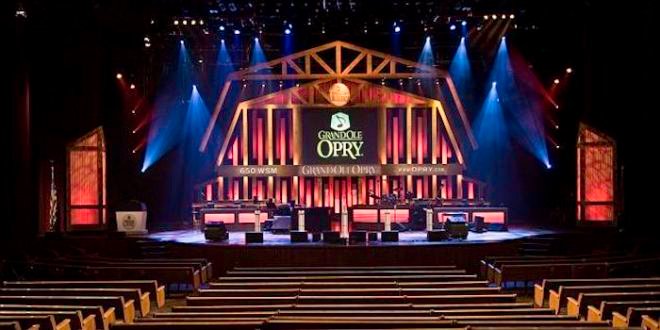 Nashville, the capital city of Tennessee, is an excellent destination for families. Nashville is a growing urban center of the south, and it’s also known as the “Country Music Capital of the World.” The city is known for the honky-tonks along music row where you can see up-and-coming country artists performing in hopes of getting discovered.

Nashville is also home to amazing cultural venues and historical sites such as The Hermitage, which was Andrew Jackson’s home in the area, built in 1835. Along with music, history,and culture, Nashville has a booming culinary scene and some of the best southern restaurants in the region.

So, what should you know about planning a family-friendly trip to Nashville and where should you go?

Undoubtedly the Grand Ole Opry is one of the places you can’t miss in Nashville, so book Grand Ole Opry tickets ahead of time through a provider like Vacations Made Easy.

The Grand Ole Opry has showcased leading country music talent for more than 90 years,and some of the members of the Opry include Garth Brooks and Dolly Parton. The Opry has also seen performances by legends like Patsy Cline and Johnny Cash. The Grand Ole Opry is also the longest-running radio broadcast in the country.

Broadway runs through downtown Nashville and this is where you see most of the action that the city is associatedwith. There’s the historic Ryman Auditorium, and this is also where Music Row is at, lined by honky tonks.

There will be live bands in nearly every stop along Broadway in this particular section of downtown, and many of these locales will let kids in during the daytime hours. Just be aware that this changes in the late afternoon or early evening, and Broadway can get raucous in the evening as well.

There are two primary areas of Nashville you might want to stay if you want to catch all the tourist spots. One is downtown, where the action is. A lot of families also opt for the Gaylord Opryland Resort.

When you stay downtown, there are a lot of options in different price ranges. Also, you can walk to most of the places you might be most interested in staying.

The Gaylord Opryland, on the other hand, is an excellent family-friendly resort with an indoor riverboat cruise, shopping, onsite dining, kids’ activities,and a new indoor waterpark. There are a couple of drawbacks to it, however.

First, it’s a hike to get to downtown. Not really a hike actually—it’s a drive. If you want to go downtown a lot, you’ll spend a lot of time driving if you stay at the Opryland. Also, it can be pricy and is often booked up.

The Bicentennial Capitol Mall is the perfect family-friendly destination in Nashville. It’s a historic park sprawling on for 19 acres. You’ll find a World War II memorial and a granite map of Tennessee. It’s also adjacent to the Nashville Farmer’s Market.

There’s a 2000-seat amphitheater, and every fall this is the home of the Tennessee History Festival.

While we’re onattractions, make time for the Parthenon as well. It’s located in Centennial Park, along West End Avenue. It’s a full-scale replica of the Parthenon and the only of its kind in the U.S. It was built in 1897 and then rebuilt for permanence in the 1920s. It’s an art gallery today.

If you have a chance to make it to Franklin, Gentry’s Farm is worth a family visit. Franklin is around 32 miles south of Nashville. It’s also home to music stars and other celebrities including Billy Ray Cyrus and Dave Ramsey.

Gentry Farms is a working farm in the hills of Franklin owned by the same family for more than 165 years. The farm now works to raise beef cattle and grow pick-your-own pumpkins, as well as offering educational programs.

Finally, if you hope your trip to Nashville includes a little shopping, there are plenty of options for that as well. If you go to Green Hills, you’ll find the Mall at Green Hills, with primarily national stores. If you want something more individual and unique, there’s Hillsboro Village with a number of women’s boutiques including some high-end options.

12 South is where you’ll find Reese Witherspoon’s Draper James Store and many other specialty shops.