The boys and I got home from the beach and there were a couple of packages waiting for us. I opened one up and to my surprise I saw this: 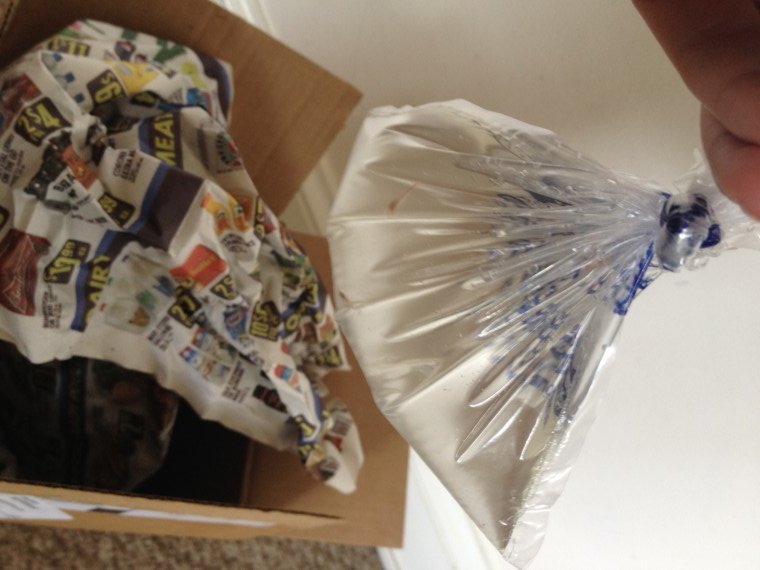 Those are shrimp… I think.

Someone sent us live sea creatures we were not expecting.

The package was addressed to “Brian Grumet”, but when I spoke to him at work, he had no idea from where or whom they came. “Just flush them,” said the man whom I now consider soul-less.

Remember when Luca Brasi was killed and they send the Corleone family a dead fish to let them know that “Luca Brasi swims with the fish”? Someone could be sending us the same cryptic message… but with shrimp… that are still alive…which is slightly less threatening and ridiculously ambiguous.

So, now we must solve the mystery of mysterious shrimp message.

Who sent these? And why?

I need to find this person so I can ask them specifically why they would send me live shrimp through the mail without a warning. Also, why not seahorses?