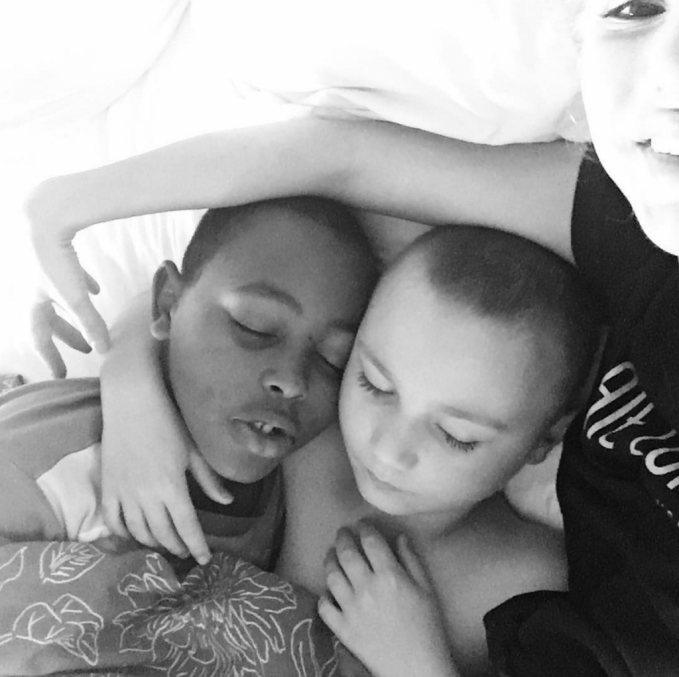 Hey everyone… I feel like I haven’t discussed some more personal things in awhile. I’ll use this post as a little update.

As you can see, I took off all of the third party ads on this site. I feel like I can breathe again… but more importantly, I feel like I want to write on here. I hope you guys feel equally less annoyed when you come this page.

In November I was in Greece with some ridiculously talented people to bring financial aid and raise awareness for the refugee crisis. I met some amazing, amazing people. The most poignant day was when this group of single men took hours out of their day to tell us their stories. 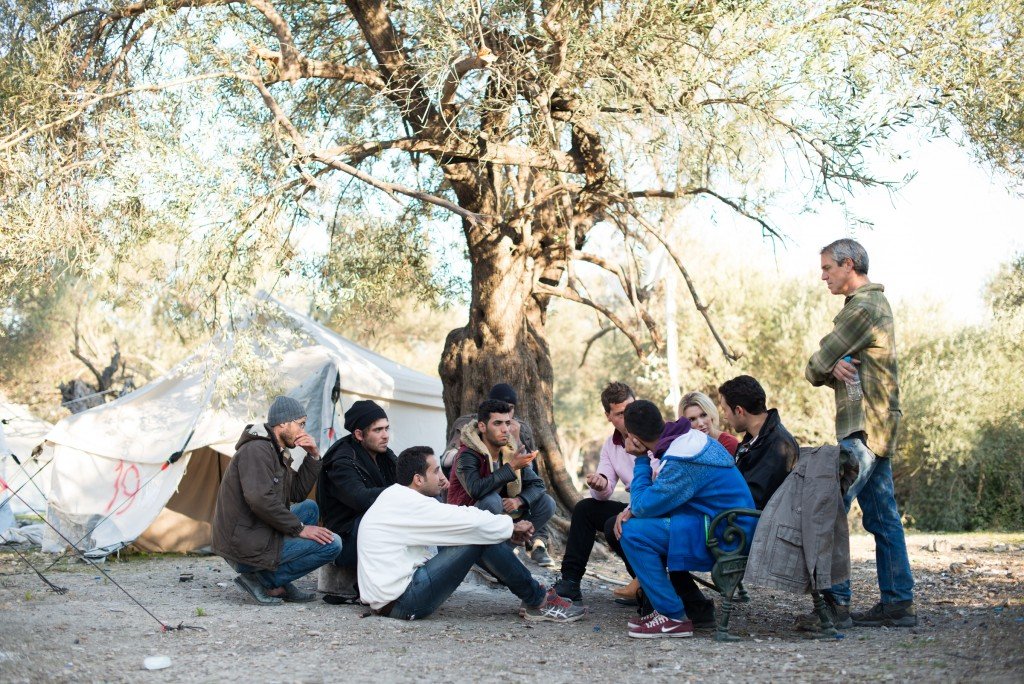 I asked my friend “Rasheed” (from the most recent live stream) if he was dressed in his own clothes. He looked at me and said, “No, mine were too wet.” Later in the day, he stopped and pointed out where his clothes were drying, so I snapped a photo. I wanted to show this because there was a dignity element to this part of the story that I didn’t understand until I came the Lesvos. I spent the entire day with seven men who were the exact age as my brother when he was killed. It was a surreal experience for me because I had connected on so many levels with these men emotionally, especially Rasheed. To me, they were people I would go out in Los Angeles and have dinner with… real friends is the best way I can articulate it. I guess there was a shift from distant observation and sympathy, to true connectedness and empathy. It was then that I thought to myself, sure they were dry, but they had lost everything, and it was then that I understood the feeling of shame and frustration associated with not even being able to wear your own clothes that you picked out yourself for style, function… Etc…
All I wanted to do was give them the dignity that they deserved. They hadn’t eaten in days (yes, plural) and had missed the free meal distribution because they were so engaged in telling their story to us. That is when Jade Beall and I felt compelled to feed them, and it was again with attempting to retain their dignity, that they adamantly said no (they wanted to feed us, not the other way around). We felt bad even pushing it, but the mothers came out in both of us. It wasn’t until we explained that we are mothers to boys, and we would want other mothers to do the same for our children if this even happened to them, that they accepted.

At the end of the evening, Rasheed and the other men had to leave to make their Ferry to Athens. He kissed my hands, held them, and quietly broke down in tears… I am a very stoic person, and this was the first time I had cried at all during any sort of aid mission… I didn’t want him to leave my sight because I didn’t know what was going to happen to him when he left. I just kept thinking how easily he could have been my brother and also thought about incredible journey he had just been on… and he isn’t even the halfway point. He is risking everything out of necessity and the Western World is giving him and every other refugees so much uncertainty that it leaves me disappointed and ashamed. Human beings deserve so much more than this.
If you want to see if ISIS/ISIL is winning, check out how many places are now opposed to refugees entering their regions after the Paris attacks and you’ll have your answer. It is naive to believe that allowing refugees in to our countries is suddenly making it possible to terrorist groups to infiltrate. They are there now and they will continue to come even if we don’t allow refugees asylum… So why don’t we show our humanity and stop allowing ourselves to be used by terrorist groups.
Western culture perpetuates rape culture and that is exactly what all of these groups are using as fuel. Boat rescue team off the coast of Lesvos. I was in Montreal in December to meet with a group working on a refugee integration project for Canada. You can watch the (sideways) live stream here. (Fast forward to the middle to get to the most interesting stuff.)

And from February through the beginning of March in five different countries to assess the refugee crisis in the camps of those countries/regions and how our group could provide aid through partnerships and awareness campaigns. 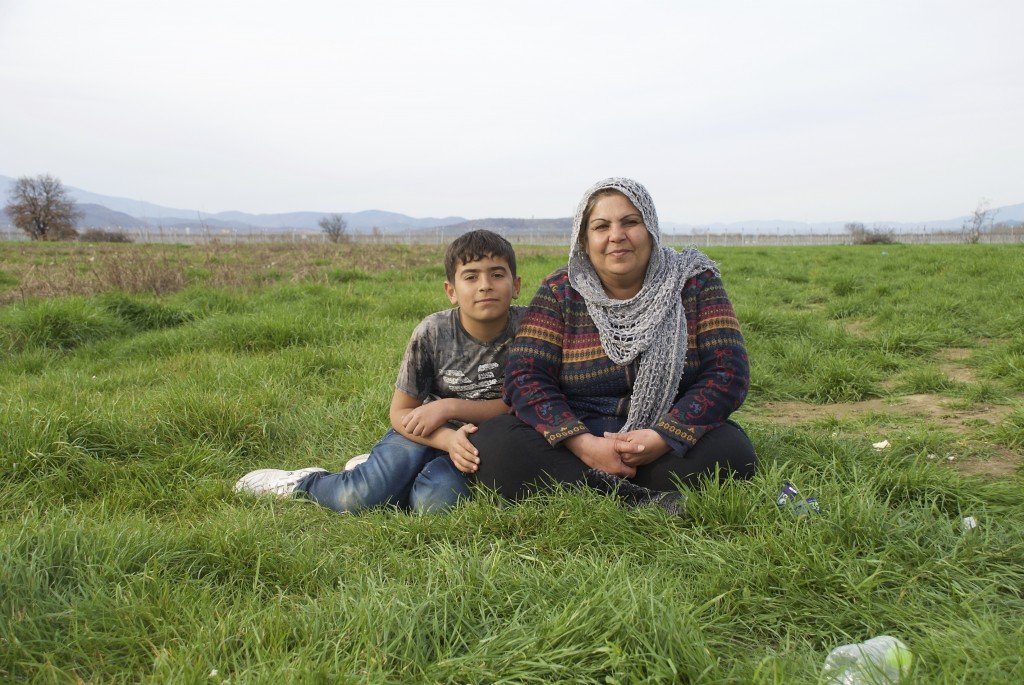 I took this photo in Idomeni, Greece. This was at the very beginning of the back-up of refugees and closure of the Macedonian border. The area was getting very crowded, except for this one section of a deserted field. However, there were two people sitting on this field and isolated from the rest of the refugees. They saw that I was holding a camera and loading our car to leave, but they waved me over anyway. The son asked me to take their photo, so I obliged. I soon found out they were refugees from Iraq and the woman was the boy’s mother – wow, and how proud he was about this. He kept patting her leg and looking into the camera saying, “This is my mama” over and over. I looked at this mother and son surrounded by pieces of garbage in the middle of nowhere in Greece, so far away from their home and everything they know…and then I looked behind them and saw the razor wire fence created to stop them, or people going through similar trials, from moving forward. Rage. That is all I felt in that moment. 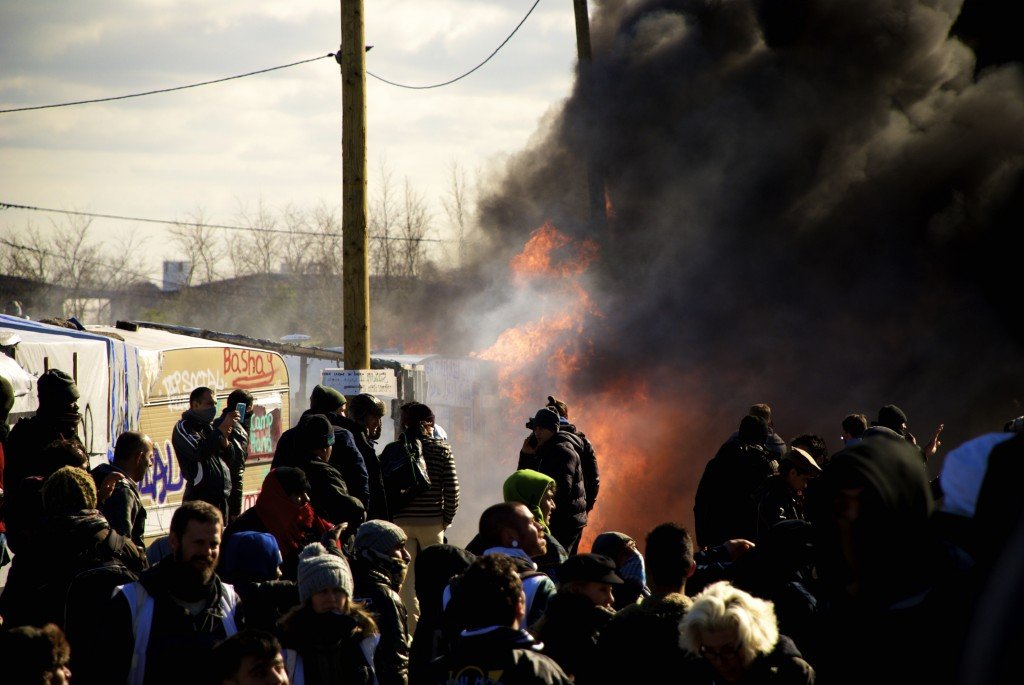 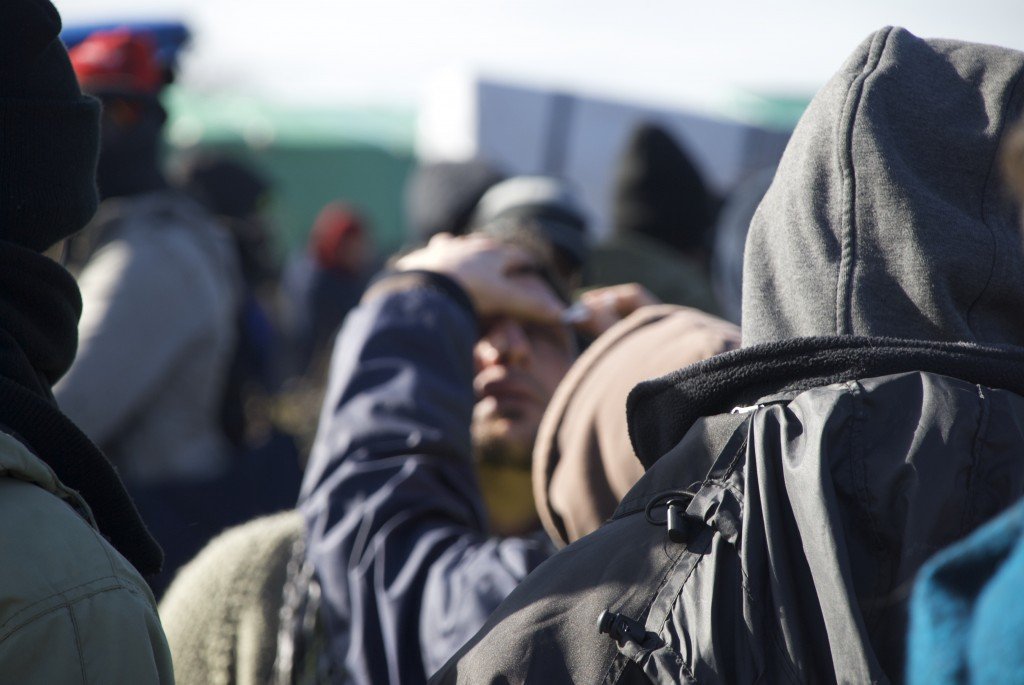 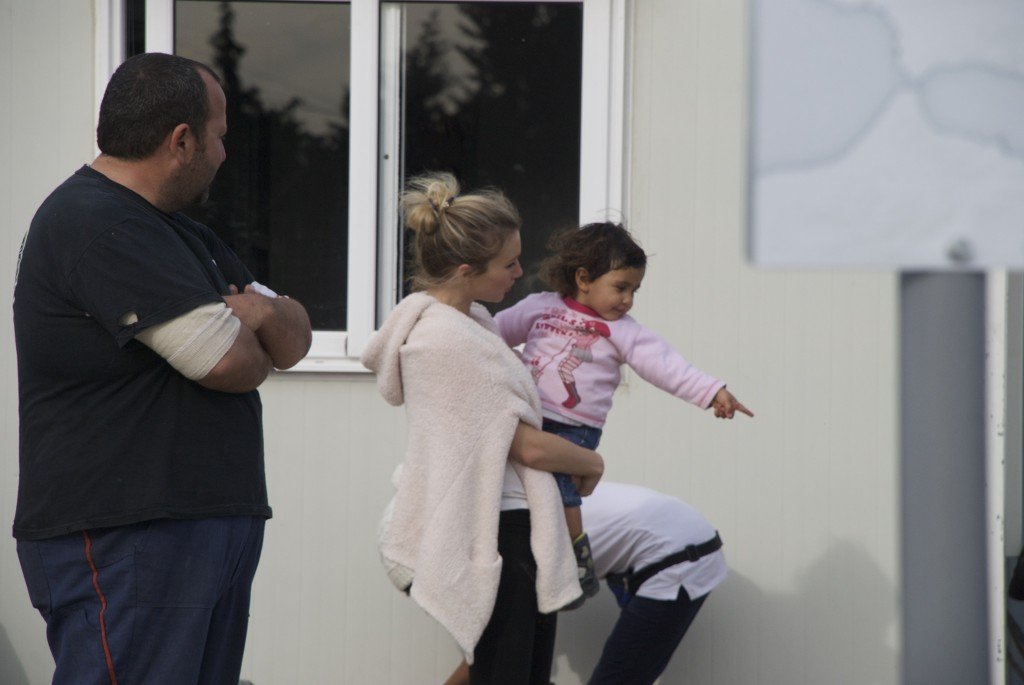 This little girl was from Eritrea. Over half of the people on the boat she was on drowned just days before we met her in Idomeni. 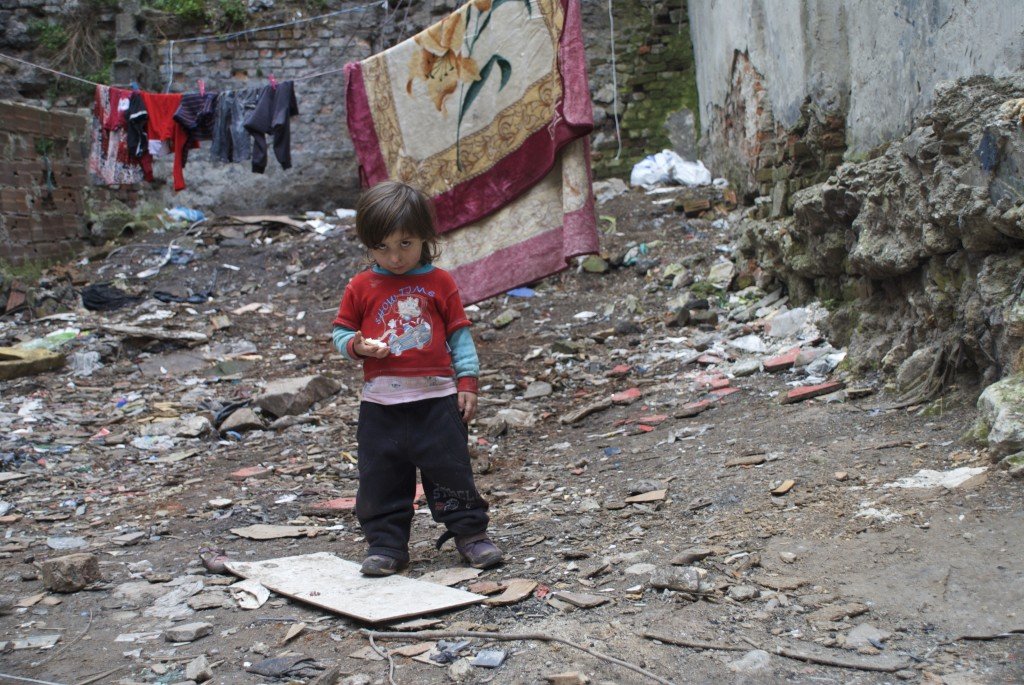 Turkey had some of the worst conditions we had seen regarding refugee families (BY FAR). We are still working with local groups to try to come up with a solution. Unfortunately, politics gets in the way of working quickly. If you feel compelled to focus on Turkey- DO IT. Be vocal and start now. 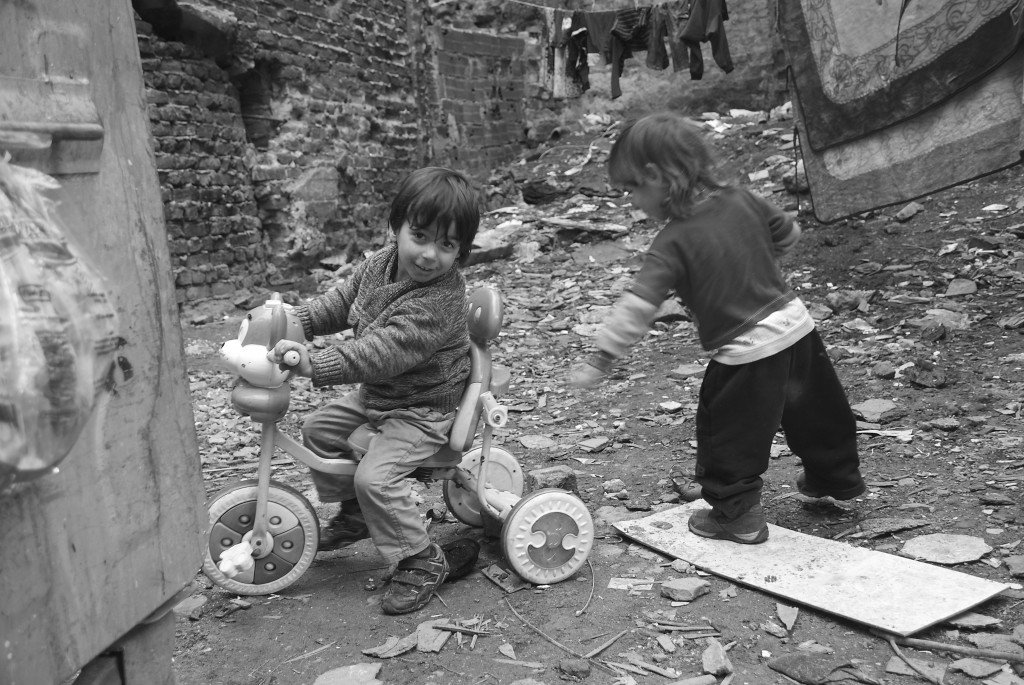 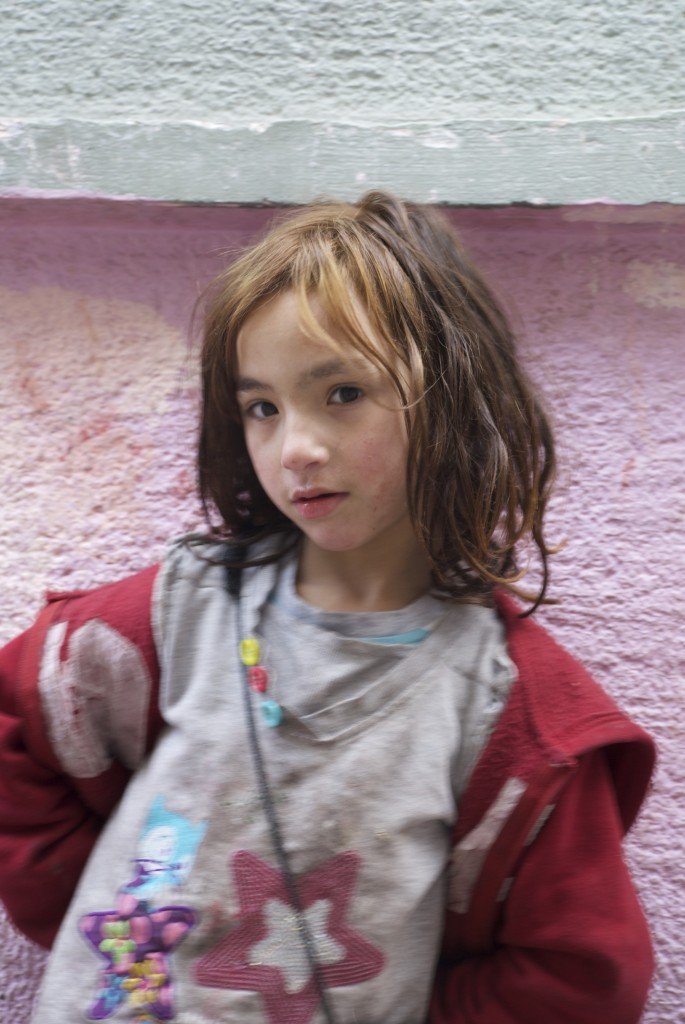 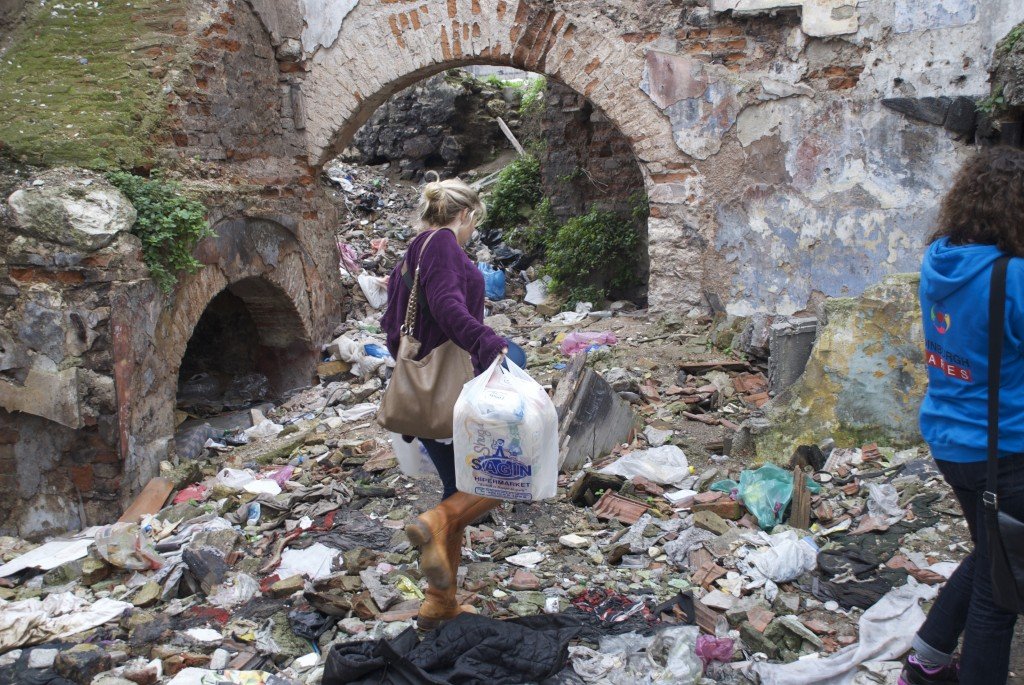 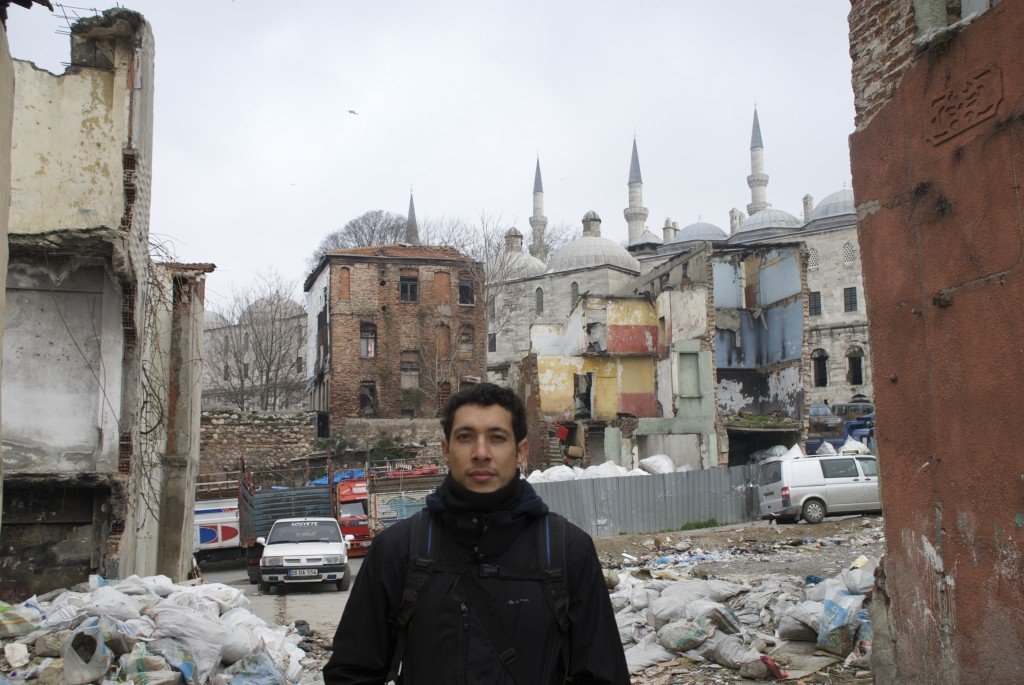 For our nonprofit work, our initial focus was breastfeeding support, but it was through advice from our friends at Oxfam, The Leaky Boob, and our own assessment of the area, we decided we could best serve breastfeeding support and mothers in general by providing a nutrition program to child ages 0-5 and maternal health. This way we could expand upon our clean water initiatives an also some of the nutrition projects already underway in various refugee camps in Europe.

More on all of this soon… If you’re interested on donating immediately, here are my recommendations:

Calais Refugee Camp: Kitchen in Calais feeds over 1000 people a day. It was started by a couple who moved from their home in England to live in the camp and feed the people. They also homeschool their youngest son in the camp. NT/VCA International along with my team at Humanity for Change.

Lesvos, Greece: Humanitarian Support Agency– VCA International’s sister project was the original concept behind training lay-people volunteers so that they 1. know how to appropriate help the large organizations needing extra hands 2. do no harm. It’s a simple concept, but one that hasn’t been addressed until they came around.

Idomeni, Greece: EKO Project works with the refugees along the EKO station, near Idomeni. They focus on supporting a children’s space, women-specific space, school, community kitchen, and cinema.

Athens, Greece: I Am You is a Swedish organization with a main goal of providing nutrition and potable water as well as clean clothes and blankets to men, women, and children caught in the refugee crisis.

Another cool thing that happened is that I was approached by mom.me to write about global social issues for them. This is a pretty groundbreaking for an online parenting publication, so be sure to head over and support their efforts to respect and honor parents as well-rounded human beings.

I also did an update on the Time cover, why my brother’s death made me want to be outspoken about parenting in the first place, and also about the lovely women and fathers caught in the refugee crisis. I’ll be headed back to Ethiopia mid-June with Waves for Water and Milkmakers (yes, those DELICIOUS lactation cookies), a lactation consultant, as well as my friend whose company supports Waterwise Coffee and the wetland project in the Sidama region. You can see one of our meetings in this video. I’ve been traveling so much and without the kids, which has been really hard. It’s also made it impossible to homeschool the kids alone. My sister and my mom really stepped up to the plate they are now the boys full-time homeschool teachers. My sister homeschools her own children and happens to be a credentialed teacher, so it has worked out really well for all of us. Between Brian and I the boys have experienced small doses of Coachella and Stagecoach these past few weeks… flower crowns and all. I can’t do country music, but I can tolerate the strange culture of Coachella if the line-up is good. Unfortunately, an out of shape Axl Rose sitting in a chair with a broken leg was not something any Guns N’ Roses fan should ever have to witness… BUT, I will say that the REVOLVE party hosted by our dear friends at Marley Coffee was worth the trip, even if you skipped music festival.

You can learn how to make the drink I’m sipping on in the pic and other awesome recipes (check out the coconut water cold brew coffee!) by visiting Marley Coffee’s “Cooking with Coffee” section of their website.

Well, I guess that’s it. I’ll be giving you more nonprofit updates soon. Websites to visit, where to donate, etc… but for now this is what you’ve missed!
-Jamie