Parents Alter Their Own Bodies for Their Child Born with Birthmarks 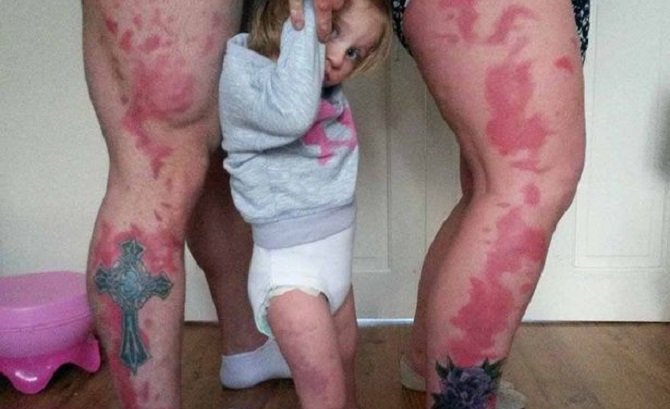 Honey-Rae Phillips was born with a series of birthmarks starting from her foot all the way up the right side of her body. Over time, her parents, Adam and Tanya, grew tired of the stares from nosy strangers and initially decided to cover up their daughter’s birthmarks. However, as time passed, the couple made a decision to stop giving in to society’s idea that Honey-Rae’s birthmarks were in some way unsightly disfigurements. They began dressing their daughter like a normal little girl in anything that made sense with the weather or her mood. 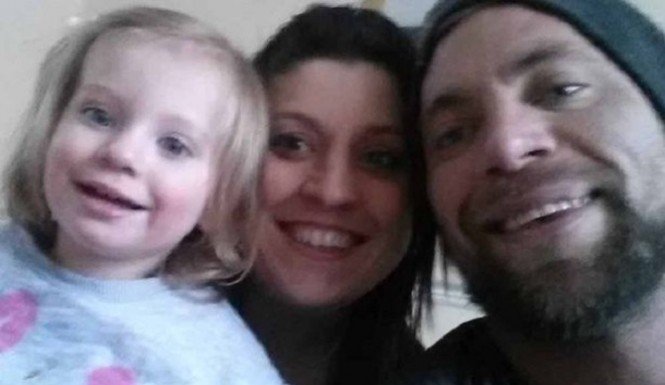 Adam and Tanya then decided to take things a step further in an effort to help their daughter feel like she is not alone with her unique markings.  Both parents tattooed her birthmark pattern on their own bodies!

While this may not be the right choice for every parent, this seems to have worked out well for the Phillips family. Rather than attempting to shield their daughter from the judgmental public, in an effort to help Honey-Rae look more “normal” or more like her parents with any sort of needless, invasive cosmetic interventions, they decided to alter themselves to look more like their child.  The parents have stated that, in the future, Honey-Rae will have full control over the choice to alter her birthmarks, or any other part of her body, when she is old enough to consent to the procedures. But, until then, her parents are boldly making a statement by altering theirs appearances for her.

Perhaps extreme, but we love the story and the sentiment.

Mar 17, 2015Jamie
Lie Witness News Asks US Citizens about Obama's Intact Son and They Respond...7 Money Saving Tips for When Money Is Tight