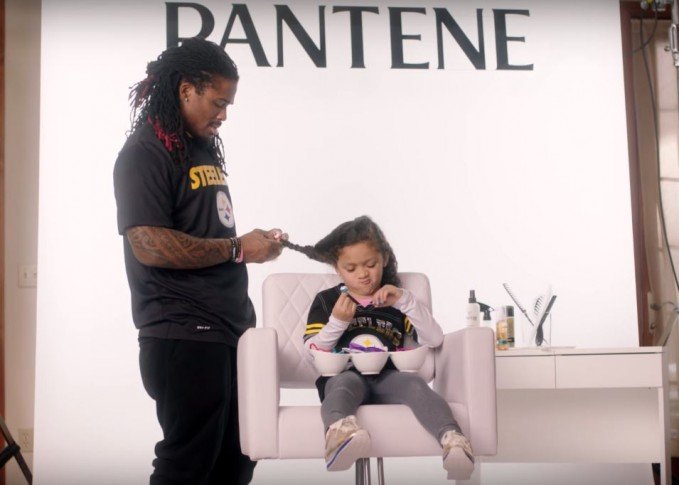 Pantene won the Superbowl commercial contest, this year, with their “Dad-do” series. The concept was simple: Have NFL players style their daughters’ hair. It’s been the year of daddy-daughter hair bonding. Just a few months ago the Daddy Daughter Hair Factory, in Florida, made news for teaching single fathers how to style their daughters’ hair. The results of these commercials are hilarious, but also shows how sweet the daddy-daughter bond can be, even if dad doesn’t know what he’s doing. It’s the effort and time that counts.

Pantene scores major points by focussing on dads and their abilities as parents, where it’s usually moms seen in family-centred ads.