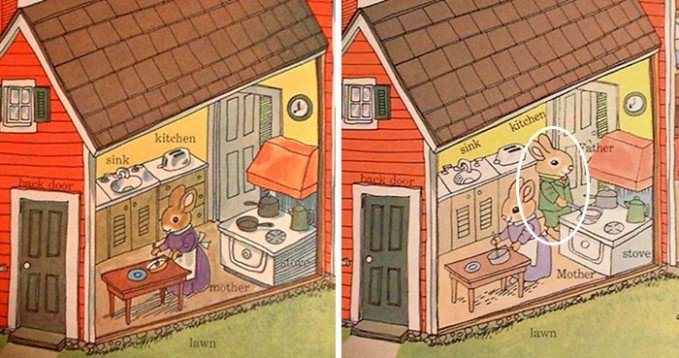 and posted them on his Flikr.

Woman can be police, men can be dads 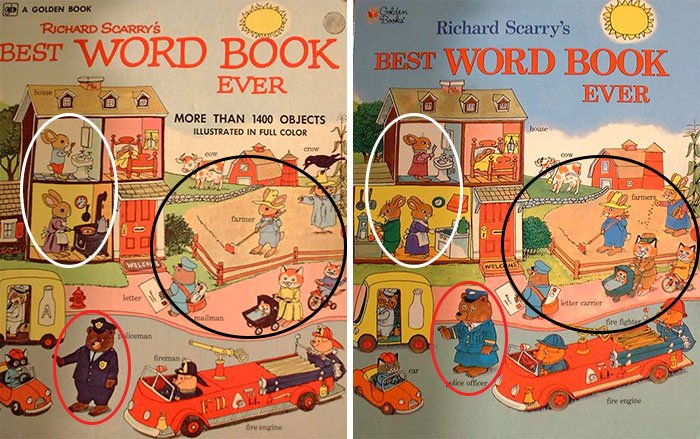 Stereotypes of Cowboys and “Indians” were removed 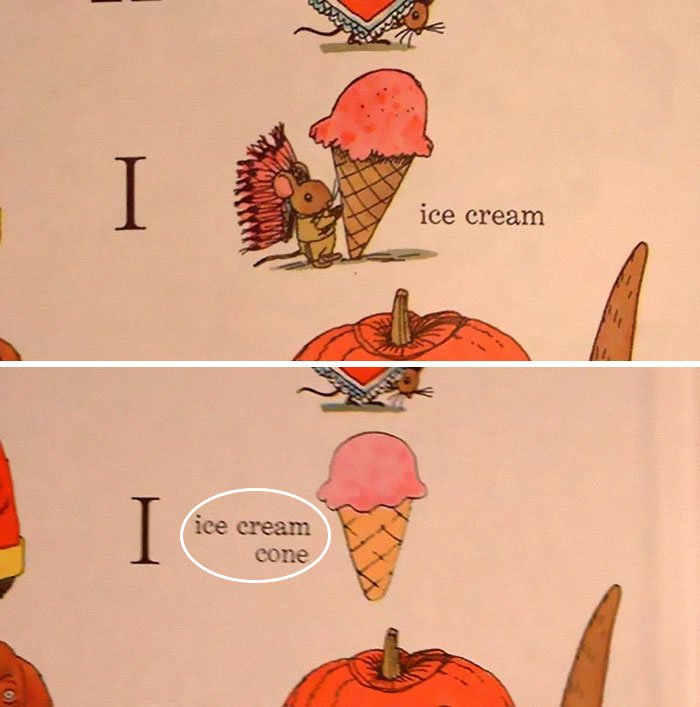 The “damsel in distress” image is long gone 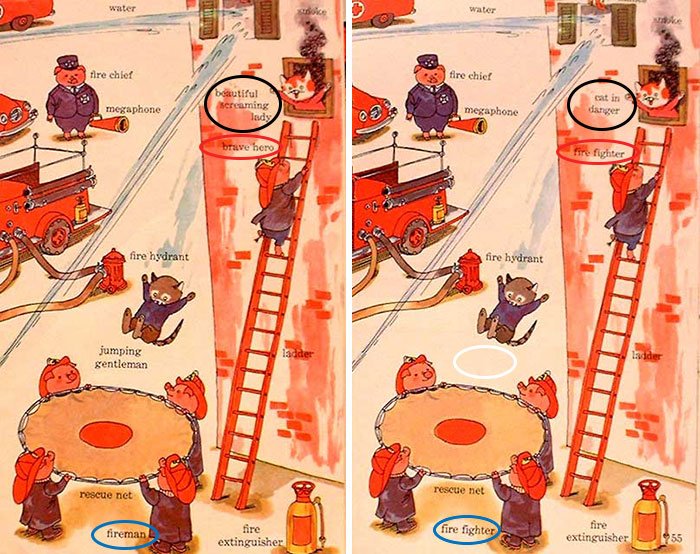 Women can do heavy lifting, too 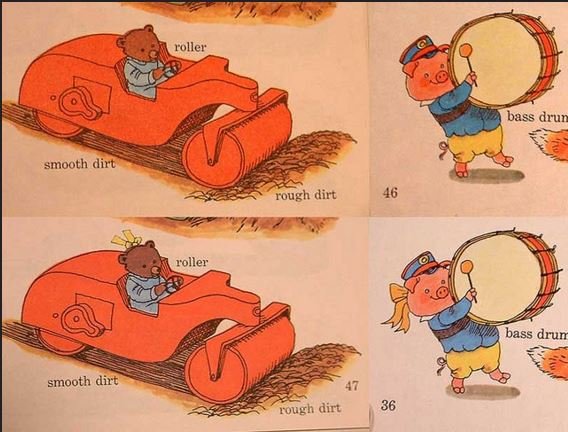 It is surprising that it took almost 25 years for someone to notice these changes, especially in such an iconic book. Bravo, Mr. Scarry!

Nov 21, 2015Jamie
Double Trouble Tips - A Guide to Handling the Hurdles of Raising TwinsLet's get this straight: Attachment parenting is not a "trend."