On Monday night, the sun set and downtown lit up like it were December. Every storefront decorated with Christmas cheer, the trees were lit with colourful bulbs. The sidewalks full of Santas, snowmen and reindeer.All of this was done for seven-year-old Evan Leversage who’s doctors have told his parents to expect him to pass before Christmas. 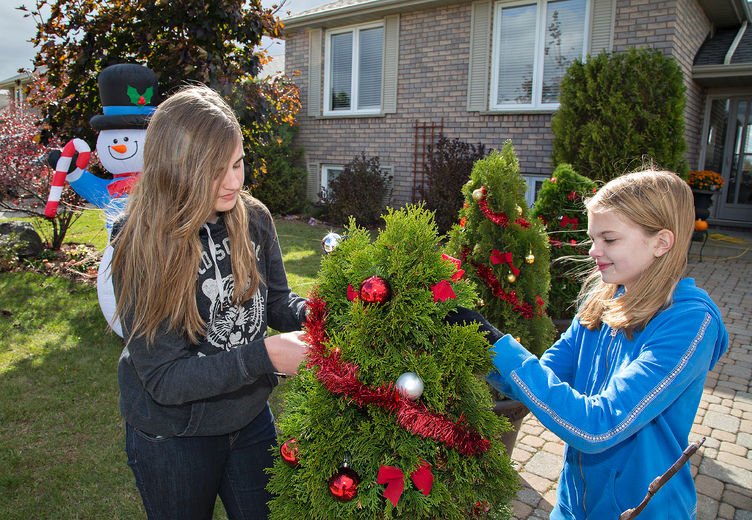 When his condition began deteriorating his cousin, Shelly Wellwood, began passing flyers around the small hamlet, asking people to consider putting up their decorations early so Evan could have one last real Christmas.
One store owner, Brandy King who owns Le Petit Fleur, scanned the flyer and put it on Facebook. Social media really got the word out and stepped up the game. Offers started pouring in from both businesses and families. It went beyond St. George, as well, when people from all over started making offers.

A local Deli donated a Christmas feast for the family; a landscaping company offered their services in decorating the planters in town; a community concert band offered to play Christmas carols; at least a dozen Santas offered to show up; people all over North America started offering to decorate their homes early in solidarity; Christmas gifts and cards from strangers started pouring in; and a local photographer offered to captured it all for the family.

The cherry on top was the Christmas parade that the town planned to walk through Evan’s neighbourhood on Saturday. At last count, roughly 25 floats had committed to the parade, including Santa and his reindeer making a special appearance because no Christmas parade is complete without him. 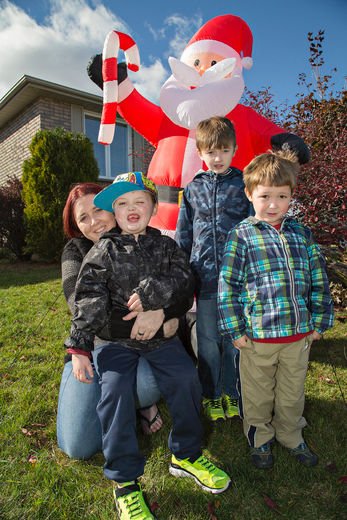 As much as this is for Evan, it is equally as important to his brothers and parents who, Shelly says, aren’t sure what their future holds and need this last Christmas together.

Oct 21, 2015Jamie
Celebrity BabywearersBefore marrying the love of his life this man has a second girl to propose to