Home > Some of the Most Disturbing Images Coming Out of Syria… 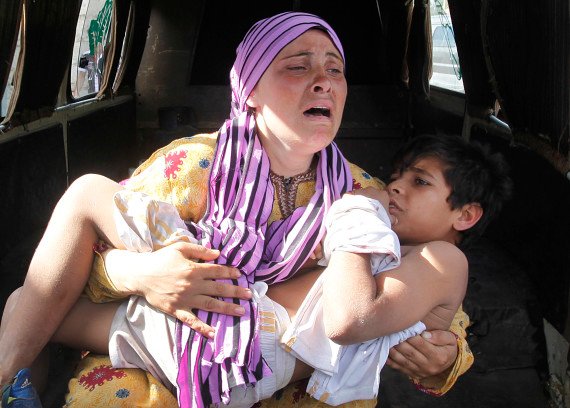 Syrian woman carries her injured son who was shot by the Syrian border guard as they try to flee to a refugee camp.
-Photo by Hussein Malla

Many locals have said they are unable to buy food in the war zone due to extremely elevated prices.

… Chemical attacks against their own people, war creating such poverty people are dying of starvation and violence , and a country with strong ties to Russia… I wonder what the future holds for Syria…

Should the US intervene?

I think more emergency relief needs to be brought in.

I’m not sure if a US military strike is the right choice… but my goodness… what have they done?

Aug 31, 2013Jamie
Do You Ever....Remembering the Strength of Mothers and Children Inside Auschwitz