Home > An Ode to Online Communities- Thanks for the Boob Support

An Ode to Online Communities- Thanks for the Boob Support 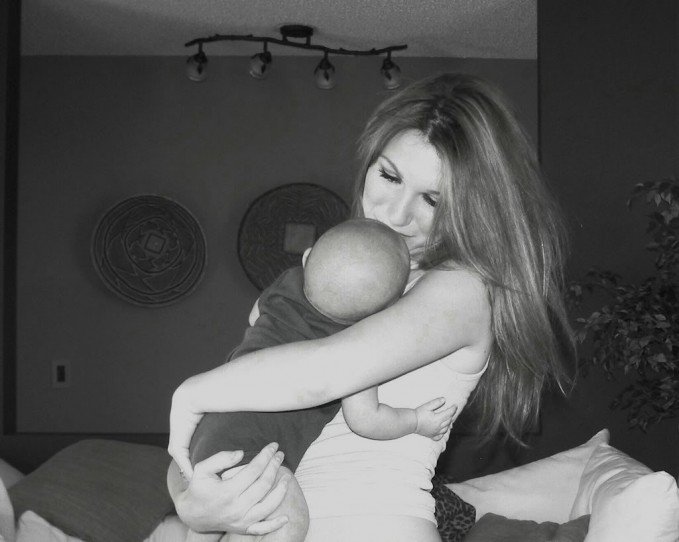 I was just thinking the other day about how online support really helped me feel confident in my choices that veered from mainstream parenting. I grew up in a family that practiced and supported attachment parenting, and no one was more surprised that that wasn’t good enough. Aside from my sister, everyone had raised children and moved on from being in the thick of it all and I think that makes a difference.

The internet is a very strange place because it showed me two extremes. While I was always conscious of self-weaning and co-sleeping being out of the ordinary for most Americans, I still had never confronted such hate or negativity about it until I found the internet. At around 2 Aram was still breastfeeding occasionally in public and I remember feeling watched or judged at that point. It was probably when he hit a year that those feeling of an unaccepting society made themselves known. It was subtle and insidious, but it was there. However, the internet is an entirely different beast. Name calling and insults are thrown under the anonymity of general IP addresses and usernames. Anything goes, there are no rules. It would be a place I would try to stay away from if it wasn’t for the extreme opposite that also exists on the internet.

Strong communities have been built from likeminded people all around the world. This was the first time I felt support from people who were like me, and also going through some of the same parenting experiences at the same time. This is where I’ve met friends who, especially when it comes to child led weaning, made me feel encouraged enough to help normalize the idea for others. There was related content being shared, thoughts about criticism, and responses that were so well-thought-out that they shaped my views and opinions on a lot of these matters.

One of the most exciting things for me was the first time I realized the impossibility of this kind of networking just a couple of decades earlier. These communities are growing because we are finding people all over the world who are like us, who want to support each other, and would otherwise never have met. I think there is definitely (DEFINITELY) a problem of overusing the technical devices when we need to keep ourselves plugged into “real life.” However, when keeping our active life the constant priority and finding these communities to help you live that life without fear… even if it is just in the way or support and thought-provoking conversation, then I think it’s doing its job.