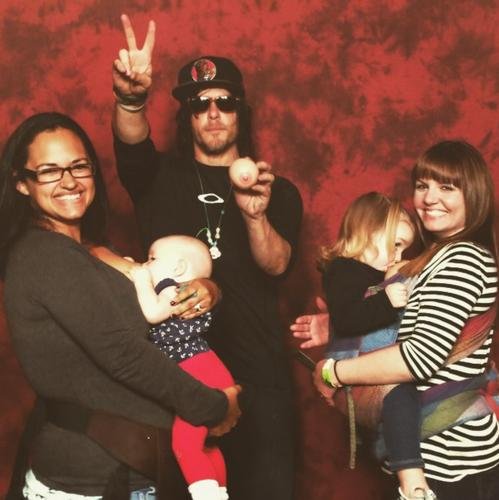 A photo of actor Norman Reedus surfaced early in the week and is already causing quite a stir. The Walking Dead star showed his support for his breastfeeding fans when he posed with two women who were baby wearing and breastfeeding. The actor happily smiled in the background and held a small object in the shape of a breast.

Free it! Love these ladies! Tonight’s show is gonna be awesome!!!

One of the moms in the photo had this to say about meeting Reedus:

We had taken a pic and he was holding a fake boob for it. He made a comment about boobs and so many babies. Somehow breastfeeding was mentioned and we offered to take a nursing pic with him. He was excited and said it was the best pic he’s ever taken

Thanks for the support, Norman!