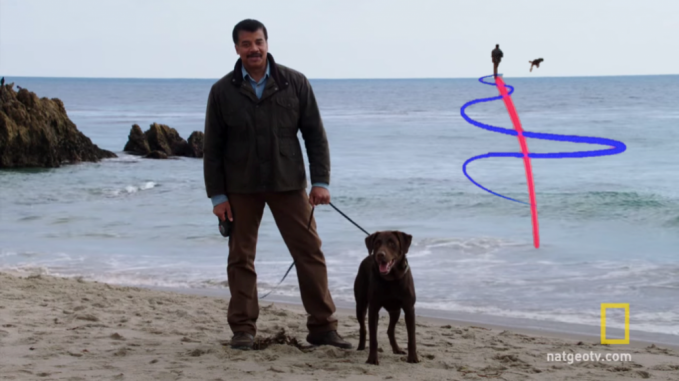 You’ve probably seen this awesome video clip from last year’s Cosmos reboot, but it here it is in case you haven’t! Chances are you’ll have at least one person on your feed today who says, “Global warming my butt! It’s freezing cold today!” This video is a great illustration of why that sort of logic makes no sense to anyone who knows how to science. 😛

If you want to rewatch the series, it’s available on Netflix and Amazon. (It used to be available on Hulu, but for some reason isn’t anymore, and I have no idea what the deal is with iTunes. Does anyone?)

And homeschoolers — did you know that producer Ann Druyan (Carl Sagan’s wife) created lesson plans to go along with each episode of Cosmos? Check em out and let us know what you think!

Lesson Plan Episode #1: “Standing Up in the Milky Way”

Lesson Plan Episode #2: “Some of the Things That Molecules Do”

There is a 13th episode entitled “Unafraid of the Dark,” but for some reason they did not create a lesson plan for this one.

COSMOS Calendar: A visual scaling of cosmic time down to one calendar year, where the first second of January 1st is the Big Bang.

Aug 6, 2015Jamie
Husband Surprises Wife with News of Her PregnancyClean Water For the First Time