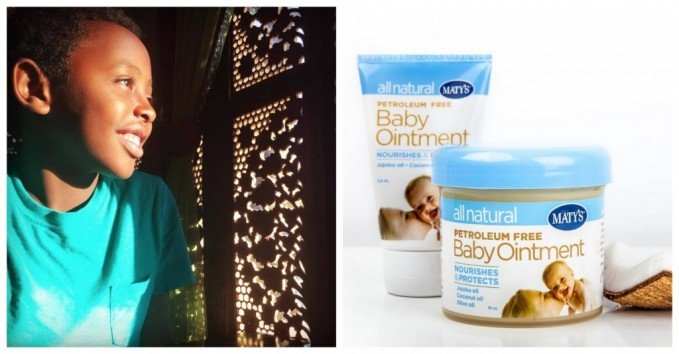 One of my most embarrassing parenting moments happened about a month after Samuel came home from Ethiopia. I doing my best to learn the texture of his hair and what products would work best. I decided to asked my friend, who also happened to be Ethiopian and had a similar hair texture, what he thought I should use. He was extremely helpful and told me that his mom always used vaseline his hair. He said that Samuel’s got the same texture to benefit from the product.

Now, back then, I was a bit crunchier than I am now, and anything petroleum-based was probably only in the house because my mom gave it to me several years earlier during my college move. I didn’t like the idea of using something petroleum-based on Samuel’s head, but at the risk of being the white mom who looked like she had no idea what to do with her black child’s hair (and being early 20s and overly concerned about what other people thought), I opted to use it for emergency purposes until I found another effective option. The following day after getting this hair tip, we had to go to a party put on by the head of Brian’s unit. I dug around the bottom of one of our bathroom drawers until I found a very old blue container filled with this glorious goop that I thought was going to transform my child’s hair into the perfectly conditioned set of soft curls. I massaged it into into his hair, and while it did look really lovely, you could smell his head from the front door. I asked him how he was feeling with it on. “Oh mommy, my head is tingly,” he giggled in his thick accent. Although I was glad he was so amused by his hair product, the novelty of the smell and feeling were definitely going to wear off if this turned into our daily routine. It was fine for the day, but I was starting to believe that the friend who gave me the advice was a little nuts.

It took me probably 20 minutes into the 30-minute car ride before it finally hit….

Like an idiot, I had put Vick’s chest rub on my poor child’s head.

And it was in that moment that I became my own worst nightmare… the dumb white woman who has no clue how to do her child’s hair.

There were definitely hair learning curves since then, but that was the low point.

I felt compelled to share that story, because I’m currently working with the company which makes the natural product that we currently use on Samuel’s hair. They also make chest rubs… which are also probably not great for the hair… but great for flu season.

I know recently that many of you were in our Facebook Live chat with Dr. Jay Gordon. We discussed the flu season and how to keep your child comfortable in the midst of the cold or flu. Dr. Jay is all for chest rubs when a child has congestion, except for that pesky petroleum, which is extremely limiting.

Pop-up Question: What’s wrong with petroleum jelly? In it’s pure form? Possibly nothing. However, purity remains a problem in the United States. It’s really the poly aromatic hydrocarbons (PAH), found in many petroleum-based products, which have been linked to cancer. Unfortunately for those of us in the United States, there are no refinement requirements (like the European Union has) and manufacturers can legally keep and not disclose any PAHs and other unhealthful contaminants from their product. It’s easier just to avoid the ingredient all-together if you’re living in the States.

So last year, at the beginning of flu season, I decided to be extra crafty and make my own all-natural rub. I was hoping to use this recipe on the blog as a resource for others, but I wasn’t happy with the way it turned out. I then tried other homemade recipes with the same disappointment. I still kept everything in the refrigerator because I hate wasting product, but I was hoping we wouldn’t need them. Luckily for the boys, they didn’t. However, I somehow contracted two different types of influenza during the winter months and reached for my homemade concoctions with little relief.

I wanted to see what was out on market. I looked for inexpensive alternatives and found Maty’s, which is sold a budget-friendly places like CVS and Target. I figured that there was probably something sketchy in the ingredients due to the those sort of mainstream locations and also because it is not over-priced like most natural products are. To my surprise, the products were simple and clean. The baby chest rub also leaves out menthol and other harsh ingredients, so it is safe to use on an infant’s skin.

Here are the ingredients in the Maty’s Baby Chest Rub: The “Baby Ointment” (which is basically just a petroleum-free vaseline-esque product that can be used for many things) is what Samuel uses on his hair after he bathes or swims, and it has done a great job keeping his curls the way he likes them, as well as residue-free. It comes in a big tub, so we’ve used it for other things like manicures and pedicures (add a couple of drips of your own essential oils for great hand and foot massages), dry patches on skin, and a moisturizing lip treatment.

And while the chest rub is a great ready-to-use product for most people, if you have an allergy or sensitivity to certain essential oils, the ointment works as a great base to add your own essential oils at your desired strength. It’s pretty great.

[insert giveaway or coupon code if applicable]
Oct 20, 2015Jamie
Six young brothers share their thoughts on their new baby sister in adorable videoTips for making the most of your dress shopping appointment