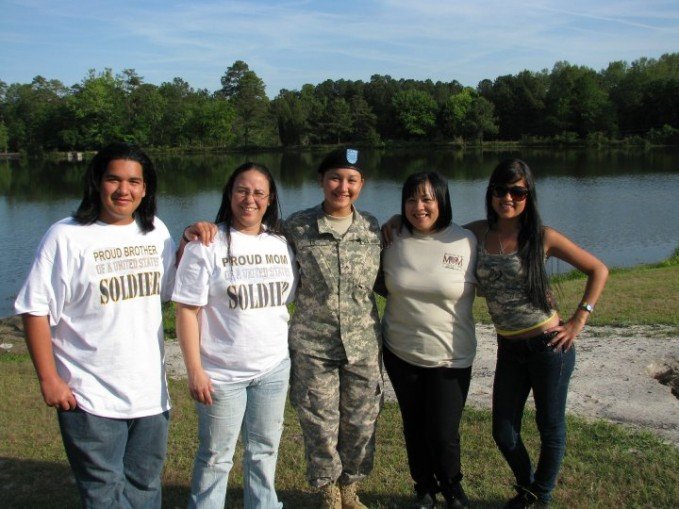 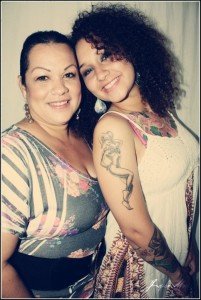 My moms’ story begins with my father’s departure. He left the family when I was just a teenager. She had married him at nineteen years-old, and after eighteen years of marriage ending, my mom was ruined. Now in her late thirties, she was single with three kids to provide for. 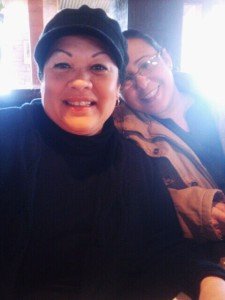 That’s when she met my other mother.  At first they denied their relationship. They always feared what others—especially family—would say. But even though they never kissed, held hands, or showed any signs of affection for each other in front of me, I knew. I had to sit down with them and tell them, “Mom, I know about you two, and I accept it, please don’t hide who you really are.”

Being a teenager with two mothers wasn’t really as different as you might think. The only difference was when I introduced my family to a new friend, my friend’s reaction to my two moms might have been a little different, a little bit more surprised, than if I had introduced them to a mom and a dad. Thankfully, in high school most of my friends were understanding and simply didn’t care if I had two mothers. There were a couple of students who, because of their religion, looked down on, mocked, and talked badly about same-sex parents, and how it would raise “confused” kids. They thought that me and my younger siblings having same-sex parents would turn us gay as well, or make us confused, or cause us to live a life of immorality.

I remember in the 11th grade, some students and I were having an open discussion about same-sex marriage, and one of the girls in class rudely looked at me and yelled, “Gay people are just confused people, they don’t deserve to ruin the sanctity of marriage.” Of course, I was upset at her rude remarks and after giving her a mean look, instead of being mature and defending myself, I stood up and grabbed the desk to throw at her. The rage I felt, the deep sadness that came over me, was too overwhelming to react in a mature manner. All I wanted was to hurt her, so she felt how I felt, how my family felt. I was stopped by a few classmates and my teacher let me go to the restroom and cool down. 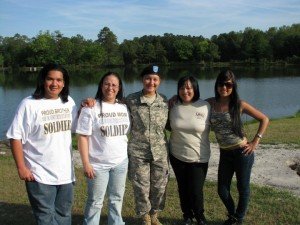 The only time that Lissie and Vangie showed they were a same-sex couple – by wearing “Proud Mom of an Army Soldier” shirts.

Once I graduated high school, things got a little worse. More people would speak badly about same-sex marriage, not knowing I had two mothers. At first, I got offended, but the older I got the less it hurt. Now I understand that some people just don’t get it, maybe it was the way they were raised, or maybe society peer pressured them to think that way until it became their inner voice. 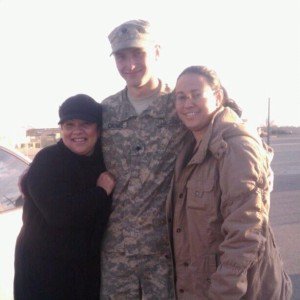 Now, if someone speaks badly, or doesn’t understand, I try to help them out by giving them another side of the story, or I just step aside and let them be. But there’s a part of me who still hurts inside. My parents have never kissed, held hands, or shown affection towards each other in front of me. All, because of their fear of public humiliation or aggression towards their lifestyle.  As a wife and now mother to a fourteen month-old daughter, it pains me to see other couples, even my husband and I, who are able to publicly display their affection, knowing that my parents can’t without fear of other people’s reactions. I hope that one day this society learns that what makes same-sex parenting difficult on children is an unaccepting society, not our same-sex parents. I had all the love in the world, got everything I ever needed, just like any other family would have. Mine was just a little special, mine had two amazing mothers, instead of one. One day, I will see my mothers say “I Do” to each other. Until then, I will defend and educate anyone who is willing to listen. 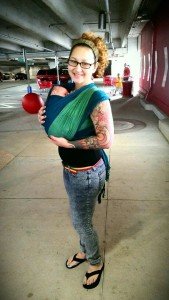