Home > The Start of Our Multigenerational AP Family 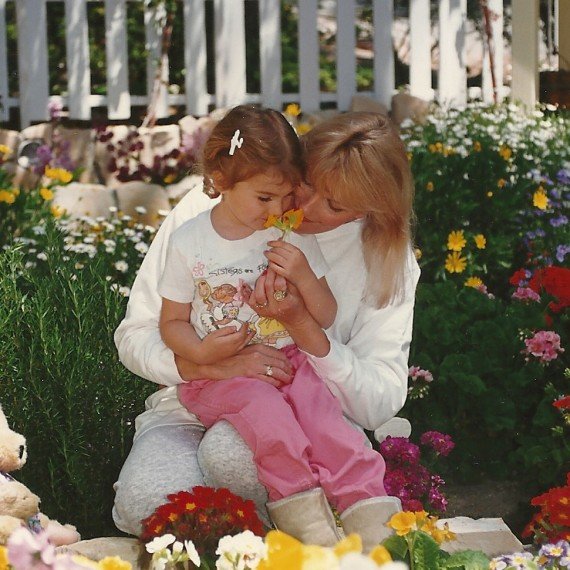 My parents had my brother and sister in their early 20s when my dad was pre-med (studying to be an OB) at UC Berkeley. It was the 1970s and things were different back then. My mother parented my sister and brother conventionally (feeling pressured by family and friends to do so at the time even though that wasn’t what she wanted).

My mom said she remembers that after my sister (their firstborn) came home from the hospital she wanted to nurse her. Other relatives were over to help out at the time and she knew they would not approve of breastfeeding or not putting her baby on a schedule right away. My mom hid in the closet nursing my newborn sister where my grandma (my dad’s mother) discovered her. She said “Margie what are you doing in the closet with that baby!?” My mom tearfully replied, “I just want to feed my baby.” My grandma smiled and said, “Oh honey, I’m sorry! You do not have to hide from us!” My mom developed mastitis at two weeks and was told by doctors to wean.

My brother was born three years later. My mom said the pregnancy was drastically different from my sister’s pregnancy. The doctors told my mom the baby had died pretty far along in her pregnancy. Further testing revealed she was pregnant with twins and one had died in utero, the body blocking the surviving baby’s heartbeat (before the days of ultrasounds). My mom also noticed how much more my brother would jump during pregnancy. Everything startled the fetus inside of her. After he arrived my mom said my brother already was more active then my sister. If my mom made any slight noise leaving his room he would jump up in his crib completely alert. Mom made it to two months before she developed mastitis and her doctor told her she had to stop nursing. As an older child, my brother was diagnosed with severe ADHD, OCD, an anxiety disorder, and depression (ADHD and all others listed are associated with each other), and my mother realized how typical conventional parenting did more harm than good with my brother. She felt if she followed her instincts it would have been easier on the entire family. My brother was one child she felt really would have benefitted from close “attachment parenting” practices (Dr. Sears writes about this with parenting a high-needs baby). Pressured to parent the way society said was right, my mom ignored her own maternal instincts.

My mom and dad thought that 2 kids were plenty and my mom had her tubes tied after my brother was born. Several years later they realized this was a huge mistake. They went to the only two doctors in California that did the new tubal ligation reversal procedure. Some family members tried to talk them out of doing such an expensive and very low success rate procedure. One of their doctors even suggested they adopt a dog. They continued on and the month after the procedure they conceived me. I am 14 years younger than my sister and 11 years younger than my brother.

Times had changed and my mother was an older and more confident parent at this point. When my mother developed mastitis when I was a few weeks old they did the research and knew they didn’t have to wean me. My mom decided she wasn’t going to let people push her around. This was before the days of Dr. Sears and she had no idea what attachment parenting was. My dad received his masters in nutritional science and studied under Dr. Brewer for pre-med. They knew the science and importance of breastmilk. My mother also trusted her instincts this time. They co-slept, practiced child-led weaning, and even though they did not have a sling there was always someone in the family holding me.

My childhood was extremely positive. Even though my sister was not parented in the same way I was, when she had her own children she decided to parent in the way she witnessed with my upbringing. She saw how I was being raised and how it was a happy and natural way to parent. She wanted to give that to her children, and obviously I am parenting in this way because of my positive memories of how I was parented as a child.

So, when people ask my mom why she was outspoken about breastfeeding or attachment parenting, It wasn’t to make people feel this is the only way to parent, it was because people were telling her there was an only way to parent, and it wasn’t the right way for her. She was trying to dispel AP myths (ex: AP children are overly attached. In her own experience I was the most independent of her children, feeling confident as a child, and in adulthood moving the farthest away and also traveling to various parts of the world alone. It was because I was well attached to my family that I felt confident enough to do so.) and give parents the freedom to follow your instincts as a family and not be hindered by what society is telling you is the only way. My mom promotes healthy well-attached children, and there are many ways to do so.