Aly Brothers is a single mother of two beautiful boys. Aly is also like most parents and became completely overwhelmed by her childrens’ unexpected (but totally normal), defiant behavior at the grocery store the other day.

However, unlike the majority of us who just try to get over it quietly and privately, Aly decided to share this real moment with others. Her caption on Facebook expressed the difficulties she sometimes faces while raising two children:

“This is motherhood.
No fancy filters, no good lighting, no new lipstick. It’s messy hair that’s wet from the rain, yesterday’s makeup that I was too tired to wash off, and tears. Motherhood is HARD. Single-motherhood is HARD. These tears started as the cashier of Giant Eagle handed me my receipt and continued for the entire drive home. Tears that were passed on to my oldest in the backseat because he doesn’t like to see his mommy cry. We know how much boys love their mothers.
You see, my two blonde haired, blue eyed, angel faced toddlers were not so angelic today. It was 8:00 in the morning and we were out of milk. We took a trip to the store because if you know my kids; you know they survive on chocolate milk. But they weren’t having it. My youngest cried almost the entire time we were in the store. He didn’t want to sit in the cart, he didn’t want to be buckled, he wanted to hold all the groceries on his lap. He got mad. He threw his shoe, he threw my wallet, he threw the three groceries that did fit on his lap. And he cried. And people stared. That was fine, I could handle that. My three year old wanted to be superman and stand on the cart. That was fine. I told him to hold on and stand straight. He did not. He fell off, he leaned backwards and knocked things off their displays. He leaned back and bumped a stranger. Then I made him get down and he walked too far ahead of me and opened all the freezer section doors telling me all the things he wanted to get. I tried to handle that. I stopped multiple times and composed myself and my children. The lady that I stopped and moved to the side of the aisle for glared at me because I moved the wrong way, she needed behind me not in front of me. No words, just a glare. I tried to handle that. And then we saw balloons. Oh how my kids love balloons. They wanted the huge ones that cost $8.00. I compromised. We would get one balloon and share. They agreed. They each said “share” and smiled as I picked the biggest Mickey Mouse balloon they had. But while we were checking out they did not want to share. They screamed, they cried, they fought. I handed the balloon to another cashier to be put back and they cried louder. My youngest pushed buttons on the card machine while my oldest picked up candy. The people in line behind me glared. The cashier glared. Everyone’s eyes were on me as if to say “can’t you control your own children”. One older gentleman whispered, “she’s pretty young for two kids” and I lost it. She handed me my receipt and I cried. They don’t know me. They don’t know me as a mother. They don’t know my children. They don’t know I was married before I started a family. They don’t know I left that marriage because of abuse knowing I would have it just as hard as a single mother. It’s hard people. The glares and whispers and judgments are hard. Sometimes I can control my children and sometimes I can’t. Sometimes they listen and sometimes they don’t. Sometimes I can handle it and sometimes I break down. I know these days will pass, the tears will stop, the fighting will cease, and my babies will be grown. And that will be hard too. So if you see a parent struggling, if you see a kid throwing a tantrum, if you see a mom on the verge of tears…please say something nice. Please don’t glare with judgement. And to all moms out there having a day like mine…I see you, I know you, I love you. You are strong and you are doing just fine.”

When I look at her photo, I completely relate to the tear-stained face of the woman looking back. I was never brave enough to post something like that, but I wish I had. 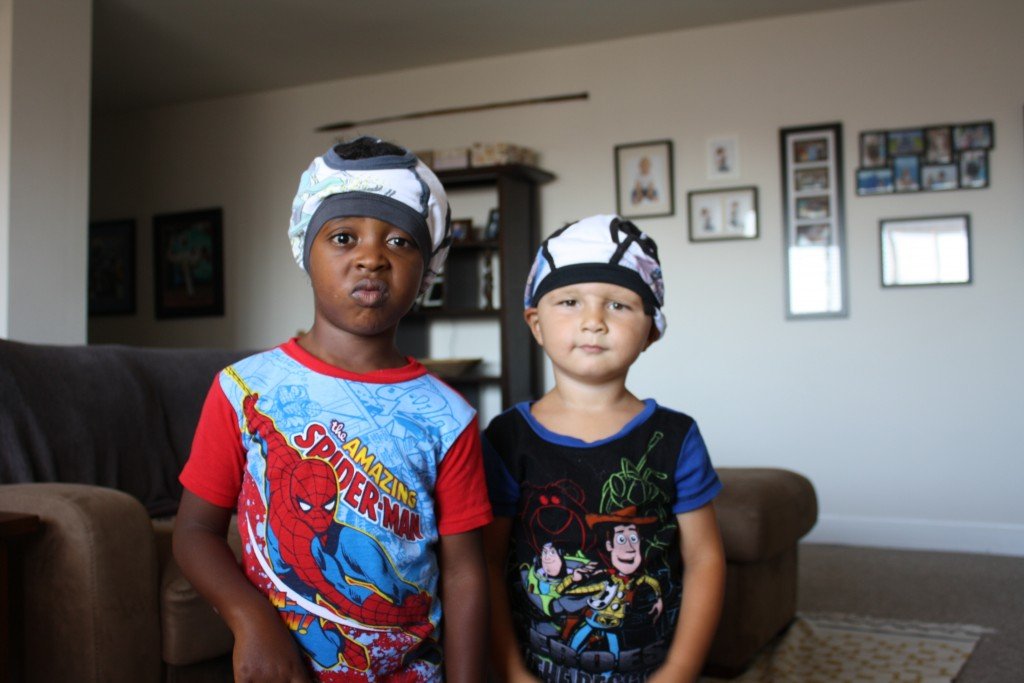 As my boys are getting old enough where the dust of the toddler years is settling, I can see that life isn’t on the same challenging level as it used to be. Those of us with “bigger kids” sort of forget how hard it was back then. I remember one time, Aram pushed an entire, full shopping cart over by accident… and I have so many stories like that. That’s why after every trip, I would swear off taking my boys to the grocery store ever again… every time I went with them. Every. Single. Time.  … but we always ended up back out of necessity just a day or two later. I’m still surprised that I never had a breakdown at Whole Foods. I would picture myself crying in the fetal position in the canned goods aisle, only to be discovered by a well-meaning young, childless employee who would see me laying there with my two wide-eyed silent children, both afraid to move due to shock, because mommy was having a silent tantrum on the ground, and no one was there to take care of them. And this employee would then gingerly walk over to me, ask me if I was okay in a horrified, totally clueless tone….and I would have to pretend I was…

…perhaps the sheer terror of the judgement I would have received for such an episode kept me from actually losing it completely… but the cycle of guilt and shame continued.

And it didn’t end with shopping…

I would feel guilty thinking about the moms who couldn’t even afford food for their kids and tell myself how I should be relishing in this time and ability to care for my children… and the mom guilt would just pile on to the point where I was afraid to say anything out of fear that I would appear weak, ungrateful, or whiney. I wish I had someone tell me that isn’t the case.

With a sigh of relief these past couple of years, I was sure my “young child hardships” (not sure what else to call it), seemed a thing of the past. But now that I am in this period of transition, where having another baby isn’t out of the questions in my future, I’ll admit I was really put off by the idea. Not because I wouldn’t want this new person in our family, but because of the intense scrutiny and judgement mothers face in sheer isolation. I’m older now, with a much bigger community full of support, so I know I’ll be okay but it makes me sad to know so many mothers are STILL going through this. 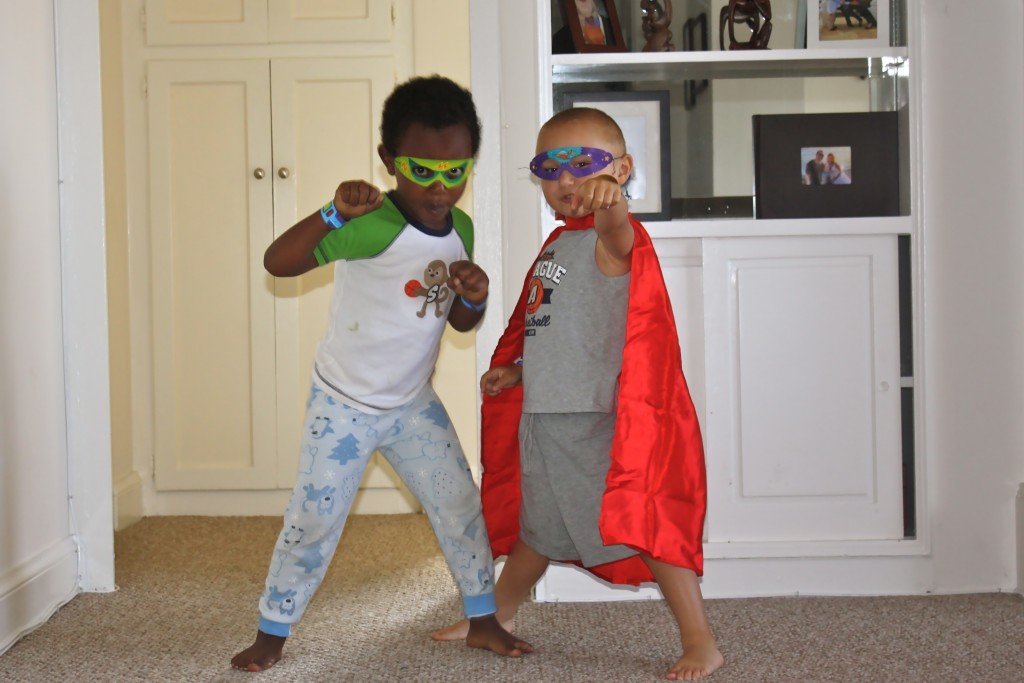 Regardless of your own life situation, you’re allowed to feel stressed, overwhelmed, and sad. You’re not going to get away from these feelings, even if you’re the most privileged person on the planet… because you’re human! You have the right to have feelings and work towards bettering yourself wherever you are in life. Mothers have this weird guilt and shame that comes from a place of deep insecurity. We feel judged, and sometimes we are, but a lot of times we aren’t… we’re projecting our fear onto others. The only way to push through this is to overcome this struggle as a society, because every time we allow those insecurities to get the better of us, we are essentially murdering the community that could potentially be forming… and community=support, which is vital for your well-being. 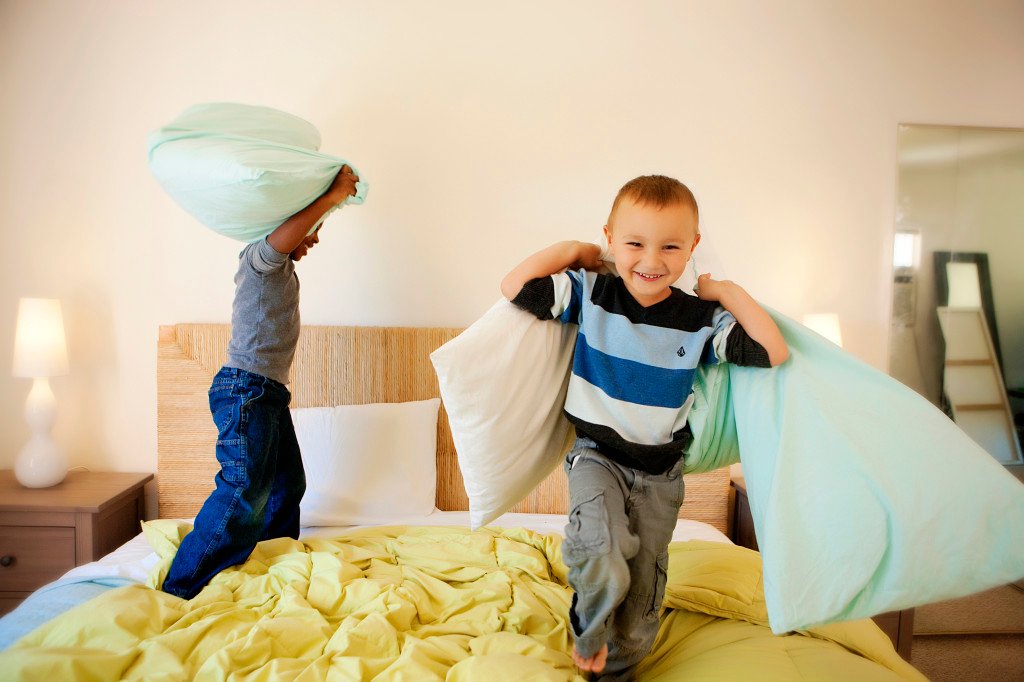 If you’re curious to know how do you stop your insecurities from getting the better of you, just take some direction from people like Aly Brothers. She presented herself to her family, friends (and in this case, perfect strangers) as honestly as possible- warts and all (which, btw… aren’t very “wart-y” at all). If you think that is going to turn people away, just look at the outpouring of support one woman received by being real.

Aug 31, 2016Jamie
3 Tips to get the most out of your HVAC systems5 things to include in a pamper-weekend