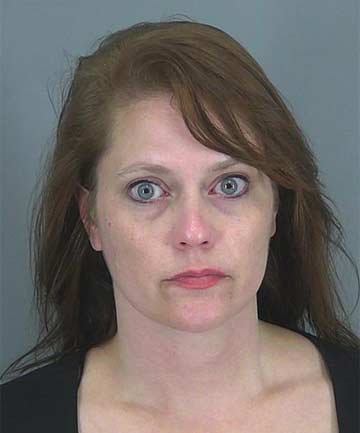 A judge sentenced a South Carolina woman to 20 years in prison Friday for killing her six-week-old daughter. The prosecutors argued that she overdosed her daughter with lethal amounts of morphine through her breastmilk.

A jury found former nurse Stephanie Greene, 39, guilty of homicide by child abuse just one day earlier. Greene could have faced up to life behind bars, but was given 20 years.

In November 2010, 46-day-old Alexis Greene was found in her parents’ bed. An autopsy revealed morphine levels so high in Alexis that they would be lethal if given to an adult.  Pathologists found no needle marks or any other indicators of possible injection sites on the child’s body, and because of that decided the drugs must have gotten into Alexis through her mother’s breastmilk.

Prosecutors said this is the first time a mother has been prosecuted in the U.S. for killing a child through a prescription medication passed through breastmilk.

And there is good reason for that…

It would be virtually impossible to overdose a child taking regulated doses of prescription medication.

Greene’s attorney Rauch Wise suggested her prescription drug dependency arose after a 1998 car accident. According to Wise, Greene fractured her pelvis and skull in the accident causing chronic pain.

In 2004, Greene had her nursing license suspended because she tried to call in a prescription illegally and refused a drug test.

In 2010, after a home pregnancy test came back positive, Greene deliberately hid her pregnancy from primary care doctor; she requested a referral to an OBGYN for oral contraception. Once at the OB, she did not disclose the medication she was taking.

On top of the drugs Greene may have legally obtained through her primary care doctor, she still faces 38 counts of taking prescription drugs through fraud.

So, what is the truth? Can I take prescription medication while breastfeeding?

According to Jay Gordon M.D. and IBCLC, “Over six weeks of age there are virtually no routine medicines unsafe for  the baby.” He said. “The question isn’t ‘can I breastfeed while taking this medication?’ It’s ‘I’m breastfeeding; I need a medication safe for breastfeeding.’ Which again, includes almost every medication.”

As for the Greene case, Dr. Gordon had this to say:

“One way or another, she endangered a baby who died; the morphine levels of the infant were so high that the overdosing would pretty much have to be intentional.”