“I try to work quickly and let imagination and play take root into the painting rather than taking it too seriously, this way I can encourage Eve’s contribution without making it too ‘grownup.'” She told Bored Panda. 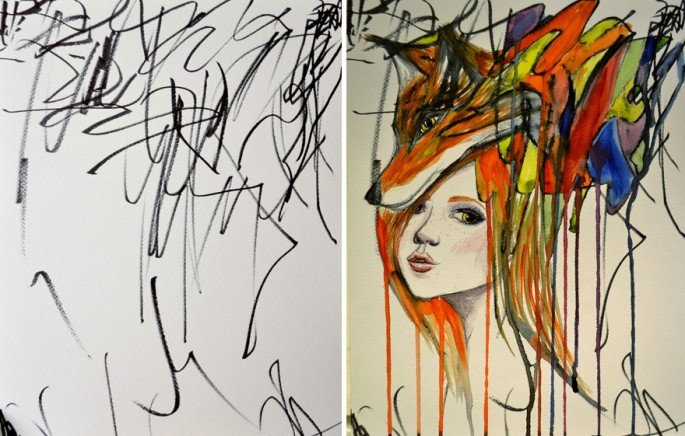 You can follow Ruth and Eve’s artistic journey by visiting The Mischevious Mommy. 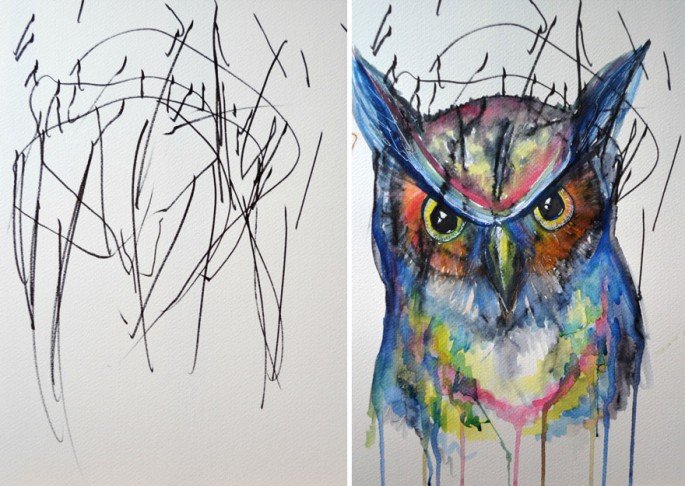 Ruth also has an Etsy Shop called Eve’s Imagination where she sells their original creations as well as prints. 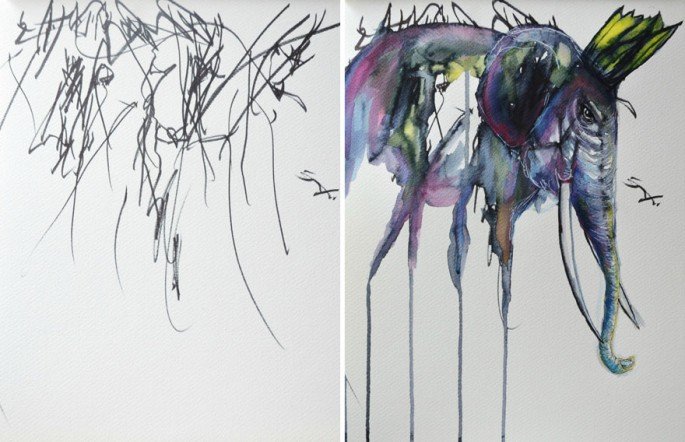