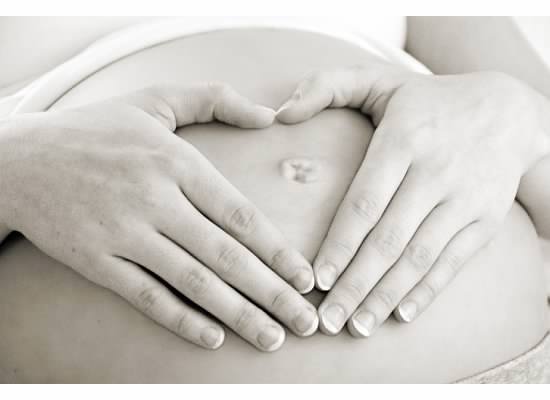 When I look back at pictures from my son’s first two months, I sometimes get a painful ache in the pit of my stomach. My natural, medication-free birth went essentially according to plan, but our first week post-partum didn’t go as swimmingly.

After birth, my son was immediately placed on my chest. While my OB-GYN was  sewing 12 stitches from a tear, he remained on my chest, and I tried to nurse him. I can’t really remember. When they placed my new son on my chest, I barely reacted…I didn’t feel much. I expected to feel a strong bond to my child, but when they placed him on my chest, it felt like someone had placed their own sticky baby on me without any warning. He was sweet, and I wanted to connect with him…but I just didn’t feel it. 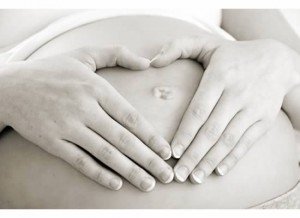 I wouldn’t have considered it likely that I’d have this problem. I love children. I’ve loved them since I was a child myself, volunteering in the church nursery. I have always wanted to be a mom. I was a nanny for 6 kids in high school, I babysat all the time, I was a camp counselor, and a doting aunt. Also, I’d been promised a natural high after birth from a medication-free labor. I waited and waited for that feeling to come, and it never did. I felt sick, achy, and delirious, and I couldn’t get comfortable in any position. I’d been up for about 36 hours at this point. Like I said, I really don’t remember much from that time, but my husband tells me that I kept asking the doctors the same questions. I remember it seemed that all of a sudden it was 4 hours later. Because our son wasn’t born until the evening and it was the day after Christmas, the lactation consultants were gone. The hands-on advice I was given at the time was only through nurses. I tried not to let on, but I was just feeling unsure about it – I had no idea what I was doing, although we’d taken breastfeeding classes and I’d read books. 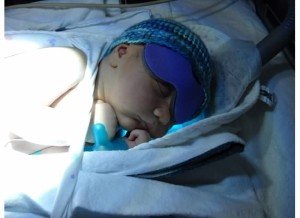 Our guy finally got some peaceful sleep under the bilirubin lights once we constructed a nest of blankets for him.

The day after he was born, a doctor came in and said that blood tests had come back concerning. Our son’s bilirubin levels were far too high, and he was going to need to go to the NICU. The doctors indicated that he would most likely stay a day and be released. Unfortunately, he ended up staying there for nearly a week, and I didn’t handle it very well. I was still feeling nauseous and I found it really hard to want to eat, which I assumed was normal after childbirth. The doctor ordered that our baby stay underneath the intense artificial lights to decrease his bilirubin levels. Our boy went from a dark, enclosed womb, to a bright, hard bed, and I was only allowed to hold him for 15 minutes every three hours to attempt nursing. The doctors also insisted that we practically force-feed him formula. The joy that I had imagined of having a child was completely non-existent. I was concerned and desperately wanted to hold our baby – it was so hard to watch him cry and not be able to do anything about it.

Once it got farther from the Christmas holiday, our doula encouraged us to get a lactation consultant in to help with feeding. This was a turning point for our stay. The lactation consultants were able to go to bat with the doctors for us. We finally were able to exclusively nurse with the help of a Supplementary Nursing System and a nipple shield and we left the hospital on New Years Eve.

We had 12 blissful hours together at home where we watched the Times Square ball drop and slept in our own bed. I woke up New Years Day with what I thought was heartburn. What I didn’t know was that the sick feeling I’d had over the last week was my body trying to tell me that something was wrong. Over the next couple of hours, it got more and more painful, until I finally decided to go to the emergency room, where they determined that I was having a gallbladder attack and would need to have emergency gallbladder surgery. (Incidentally, I was yelling for pain relief this time – it was considerably more painful than childbirth!) We then transferred to a hospital in Indianapolis via ambulance and the surgeon on staff was insightful enough to recognize that surgery could wait. I recovered and have had no problems with my gallbladder since. However, I’ve found that post-partum gallbladder problems isolated around delivery are very common. 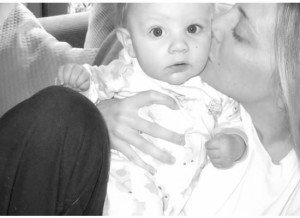 4 months old and I can’t get enough of him.

That crisis averted, we finally arrived home healthy. I was a little over-stressed. As a person who hates taking naps, It took me about two months to heal and relax. By then, we weaned from the Supplementary Nursing System and nipple shield and nursing became simple. I finally fell deeply in love with our boy. It wasn’t until several months later that I realized that it’s somewhat common to have difficulty bonding at first, especially with a first child. A few close friends, including Jamie, indicating similar experiences. It’s become important to me to let my pregnant friends know that it’s okay to not feel immediately and deeply bonded.

Partial delays of bonding are particularly common in cases of traumatic birth or NICU stays. Many moms will immediately bond completely, but many will bond less at first and take a few weeks or months to develop a deep bond (and this can be longer for dads). One of the best things you can do to encourage bonding is to stay calm and remember that it will happen. Breastfeeding is a great encouragement to bonding. The action of breastfeeding signals certain hormones in the brain which support bonding.

No matter what your circumstances, having a newborn child is emotionally and physically strenuous. Labor, delivery, and homecoming with baby probably won’t be all rainbows and glitter. That said, there are some things I’ll want to remember:

Make your own choices and advocate for them

No matter how slow the progress, keep moving forward

If you get stuck, get help

Disclaimer: Difficulty bonding is different than post-partum depression, though it could be considered a symptom of mild post-partum depression. Feelings of hurting yourself or the baby, or leaving the baby, are possible and *dangerous* and should be immediately brought up with a health professional. No one at “I Am Not the Babysitter” is a medical professional or qualified to give out medical advice.

Kendall Hoover is a web content and non-fiction editor who helps bloggers make money on their blogs, and improve their pagerank. She is also Secretary of Fayye Foundation and is passionate about pre- and postpartum care for mothers. She is a military spouse and mother to one toddler son, so when she’s not reading or writing, she’s the project assistant on elaborate Lego projects.