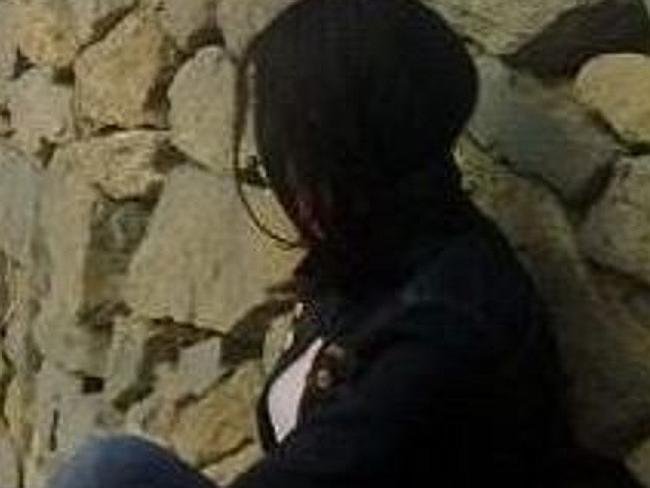 The mother accused by her husband of abandoning her newborn son who has Down syndrome is speaking out.

Ruzan Badalyan posted a statement on her Facebook page which tells her side the story:

21 January was the happiest day for me, as I finally gave birth to my long-awaited son. Our son was born at 6.30 in the morning and I remember alarmed faces around and doctors worried looks. I woke hours after anaesthesia. My first question was about the whereabouts of my child. I remember the sad faces of my relatives and the doctors and the diagnosis that sounded like a verdict: ”Your child was born with a Down Syndrome.” One can never imagine my feelings at that moment․

Just as her husband described, the new mother was also in shocked by Leo’s diagnosis as their prenatal screenings did not detect anything unusual.

Hardly had I recovered from the first shock, when the doctor approached me and told me to voice my decision whether I was going to keep Leo or not. I had to make the most ruthless decision in my life within several hours. The first thing that came to my mind after the diagnosis was that I don’t want my child to live in a country where certain stereotypes dominate the lives of people with DS and no opportunities at all. I want him to be involved and well-received in society, an integration that will require years and years for our society to adjust to. I saw the evasive looks of the doctors, my relatives’ tear-stained faces, received calls of condolences and realised that only a move to a country with such standards as New Zealand would entitle my son to a decent life. This fact was not disputed by my spouse either, who occasionally claims in his articles that the baby can’t afford the life he deserves in Armenia.

Badalyan then goes on to describe the difficult choice she made to give up her son:

Thus, I spent the hours after Leo’s birth trying to collect my will and decide on the best destiny for the kid. Everyone in our family realised that the baby’s interests should be placed first and only his move to another country could remedy the situation, something that Sam himself also accepted.
I understood that in Armenia, where is no extensive social infrastructure to help children with developmental disabilities, no governmental support, with the continuous hard economic situation in the country, with the possibility of renewed war with our hostile neighbour–with whom the fragile cease-fire seems to be deteriorating over time–always looming in the background, with my salary of 180$ being partly supported by my sister and living in my mother’s place and having no other income, as my husband did not work, I would not be able to raise my child with special needs.
In Armenia every child is loved and respected and family is a high value, but in this country children with special needs do require special attention, huge financial resources and dedication.

She also challenges her husband’s story, which claims that she gave him an ultimatum to relinquish birth rights or she would file for divorce:

In the hardest moment of my life when my husband should be next to me and support and help to take the right decision, I could not find any support from his side. After that incident, he left the hospital notifying me hours later that he was taking the kid with him, that he is going to leave the country for New Zealand and I do not have anything to do with the situation. Without giving me any option and trying to find with me any solution in this hardest situation, he started to circulate the story on every possible platform without even trying to give me a voice accusing that I put him an ultimatum marriage or the baby, which is absolutely not true. I tried several times to communicate but he never tried to listen me and to find common solutions. The only response was the accusation from his part.
Sam has never suggested joining him and bringing up the child together in his country. Neither did he tell me anything on the day we filed for divorce. The only thing he kept saying was that he didn’t want us to separate, whereas my question what we should do always remained unanswered.
As a mother who has faced this severe situation, being in the hospital under stress and depression, experiencing enormous pressure from every side, not finding any support from my husband’s part on any possibilities of giving a child decent life in Armenia, I faced two options: to take care of the child on my own in Armenia, or to abandon my maternal instincts and extend the baby an opportunity to enjoy a decent life with his father in New Zealand. I went for the second option.

Many concerned about the father’s initial claims had prompted the public to remember that there are two sides to every story.

Kay Pearce responded to the initial viral story with Just Imagine… Some more contextualization for the Armenia baby with Down Syndrome case, a piece which gives a hardy dose of information to Westerners unfamiliar with Armenian culture and perplexed by all elements of this story.

For those of you feeling called to act after hearing these stories, we suggest you contact Bari Mama. This global organization is dedicated to providing voluntary support to orphaned Armenian children, funding and organizing medical treatment, and changing public perception regarding abandoning infants and adoption in Armenia.

Feb 9, 2015Jamie
Tips on How to Plan a Memorable Picnic7 Classic Children's Books Re-Imagined for Adults