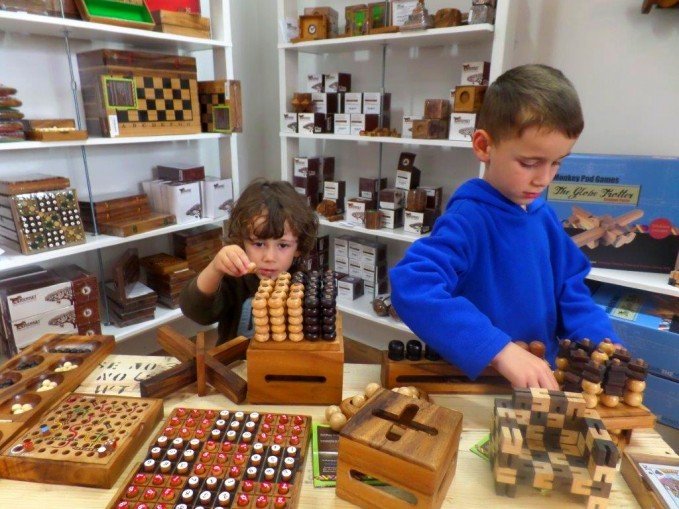 Three things should come to mind when thinking about Monkey Pod Games: Specialty Game Designer, Community Member, and Child at Heart. All together Monkey Pod Games is a family owned studio dedicated to providing challenges and experiences – literally in a child or adults hands – by creating award winning educational wooden games and puzzles.

The story of Monkey Pod Games began when two brothers (Ron and Gilad Levy) left their successful careers as hi-tech entrepreneurs in order to pursue a mission to enrich the lives of their families. Despite a love for technology, they understood that the benefits of puzzles that can be touched and held were missing from a youth’s childhood. Despite the wonders of modern technology, it was clear that wooden games and puzzles that sharpen the mind were the missing piece in a child’s educational journey. What followed was creating games that are just as suitable and valuable to adults as well.

Inspired by their travels and studies, they began designing and creating games that are not only educational but provide an opportunity to use one’s imagination and creativity to the fullest. Monkey Pod Games collection are both inspired by fables belonging to civilizations long gone as well as the ingenuity of modern engineering.

Monkey Pod Games have been past winners of the Parent Choice Award, are being featured in a major museum exhibit at the Liberty Science Center in New Jersey, and are found throughout specialty toy and museum stores across America. Finally, in January 2014, their first brick and mortar store in Mamaroneck, New York in Westchester County opened named the Monkey Pod Games’ Factory Store. 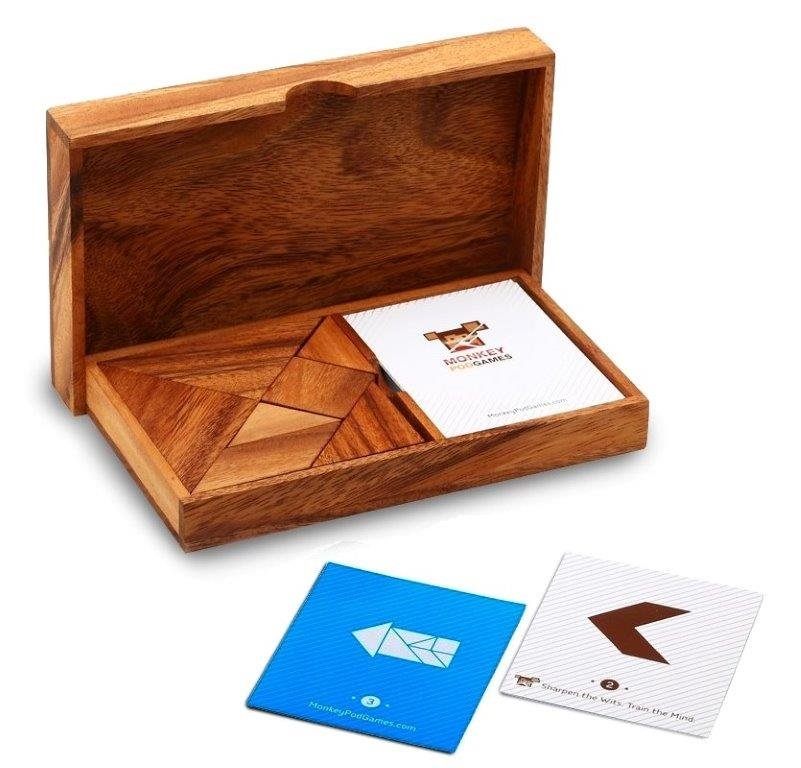 Their puzzles and brainteasers also benefit the parents and grandparents who play with them! There is no age limit when it comes to memory training, spatial thinking, problem and logic solving. This is especially true for the elderly who are battling or at high risk for dementia or Alzheimer’s.

Monkey Pod Games has thoroughly enjoyed becoming a part of every community and industry they belong to. They have done this by supporting industry organizations, donations to libraries and hospitals whose young can benefit from their games and have hired those who are at a disadvantage for employment due to physical disabilities.

Equally important to them is the environment. All of their games are eco-friendly and they only use wood that can be easily replanted or from recycled products. They use no chemicals that can damage the Earth or be unsafe for people.

For the next three months, Monkey Pod Games will be supporting the Raise It Up by donating 15% of all sales through I Am Not The Babysitter! After your purchase, email cs@monkeypodgames.com with your order number and 15% will go to help organic gardens and nutrient deficiencies in South Africa!

Let’s Make it a Giveaway!

Enter below to win a Monkey Pod Games Four in a Row Set. 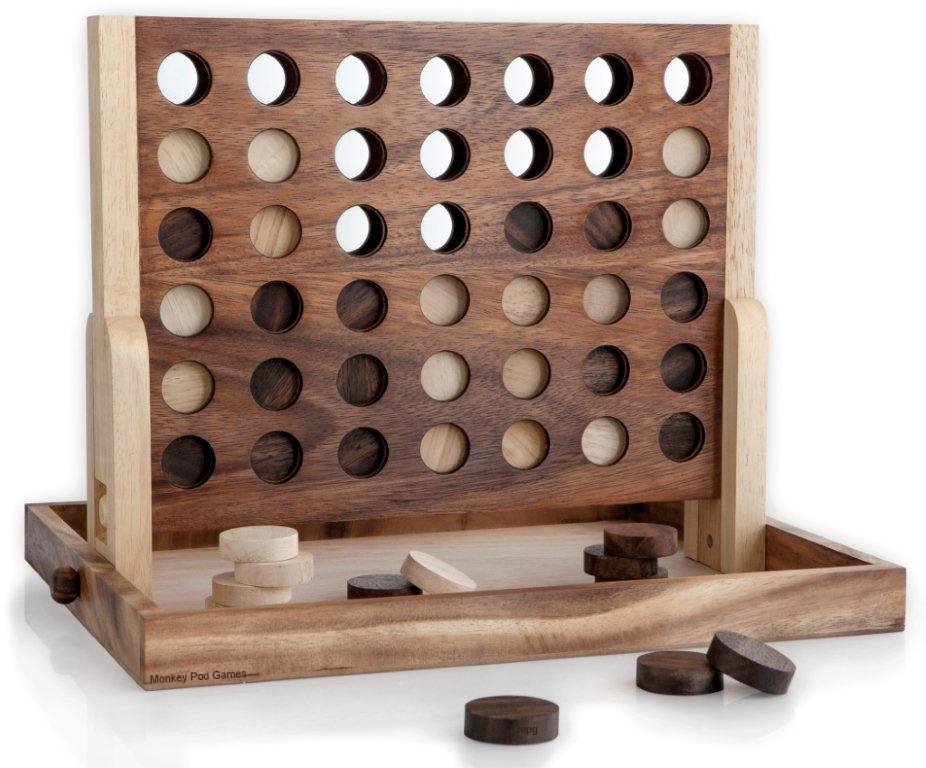