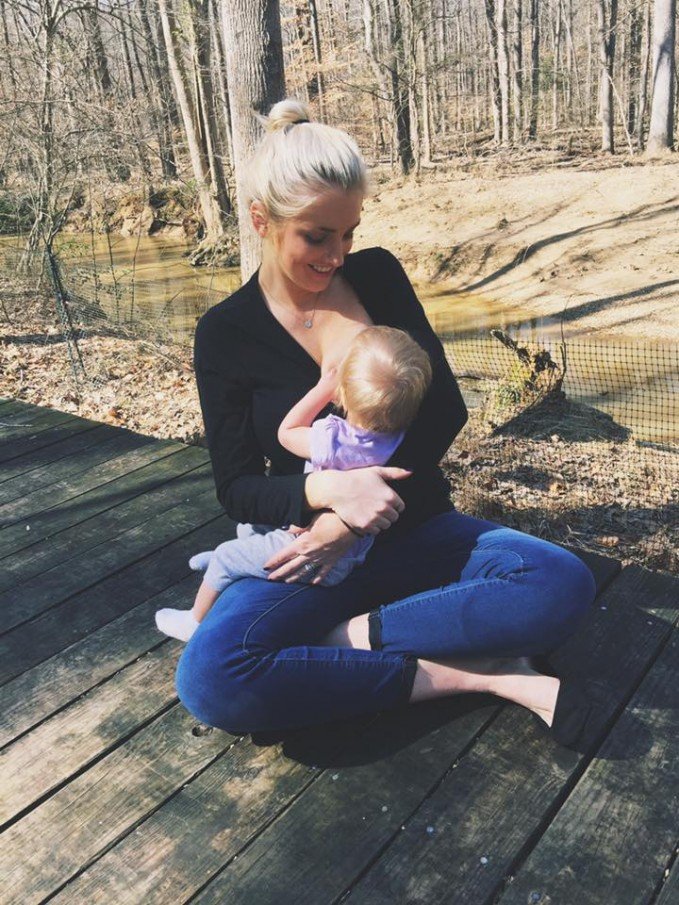 Frustrated with the beautiful breastfeeding photo seen above being reported seventeen times on Facebook, Maria Corry wanted to make a point, and she got creative in doing so. The young mom sat down to nurse her baby, but this time she brought a cover with her. 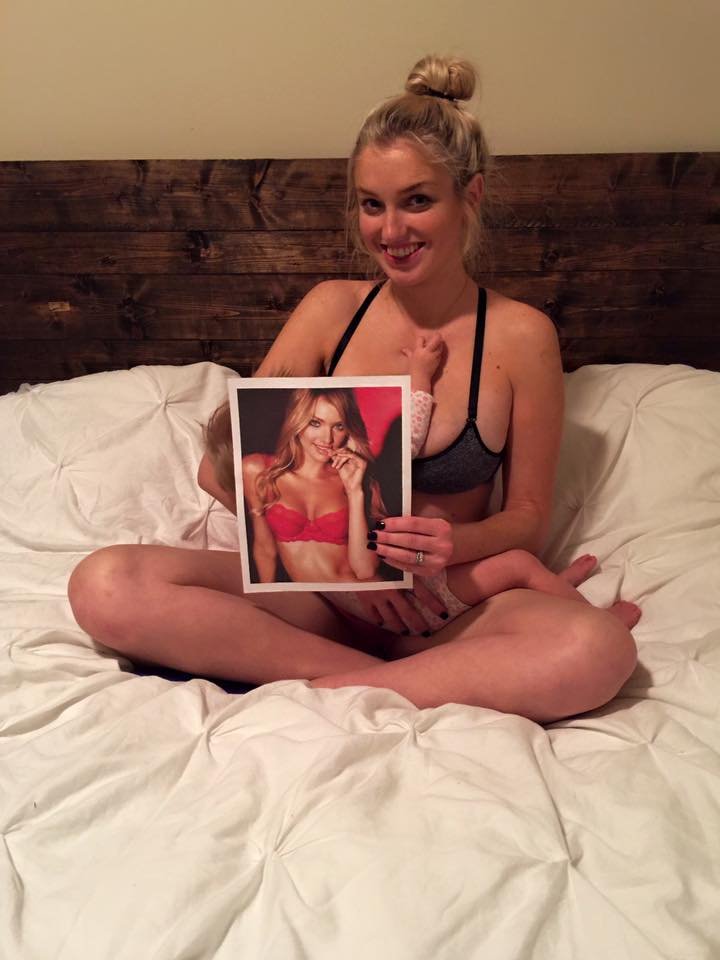 The cover she chose to use was a picture of a Victoria Secret model.

I bet this won’t be reported, because you can see this picture in every mall you step into, huge and blown up outside the store.

Maria hopes to point out the double standard that, unfortunately, still exists. The one where breasts being used for their intended purpose is shamed and considered taboo by so many; yet no one bats an eye at the lace covered breasts of an underwear model posing in a sexually suggestive manner.