We can add model/actress Yaya Dacosta to the list of familiar faces who have been posting breastfeeding photos on Instagram, in an attempt to normalize breastfeeding.

Yaya said she was inspired to post her original photo when she observed the recent criticism her friend Ashley Nicole received,after posting a photo of her breastfeeding her infant son.

“just heard about the uproar over @ash3nicole pic & had to post a copycat photo in solidarity,” Yaya wrote on her first post. “hope you don’t mind, beautiful sistren. i’m so proud of you and stand by you! #breastisbest #whattheyaremadefor #getoverit #mamasunite #movement” 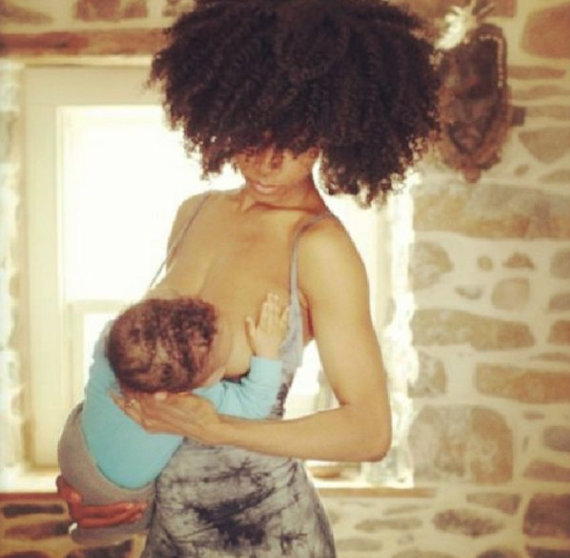 Yaya posted a second photo by request of her husband, who thought her beautiful face should be seen in the photo.

“hubby was like “you can’t see your face!” re: yesterday’s picture. so here’s the other version. why not post #oneaday? vitamins for society! #normalizenursing” 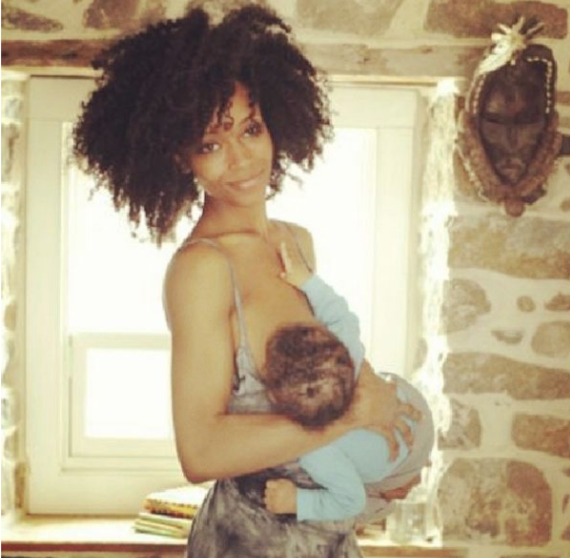 Once again, all the comments have been very positive.