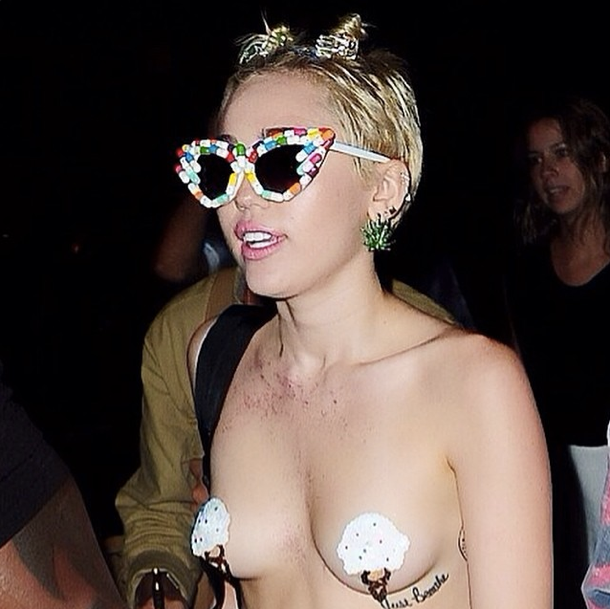 Miley Cyrus gets a lot of hatred piled on her for her clothing choices, or lack of clothing. It’s a constant barrage of people wanting her to be a better role model. Maybe if we listened to what she said we’d realize that she may be eccentric but her words and message are more empowering now than they ever were as Hannah Montana.

There is so much truth in what she says. Bra ads are no problem. They are shown during daytime TV when our children are around and few people care, but a Miley music video comes on where she is topless and everyone worries for their children’s mental well-being. Of course no one is worried about male nipples, though. And those things are useless. Ours sustain life, men’s are just there. #Freethenipple