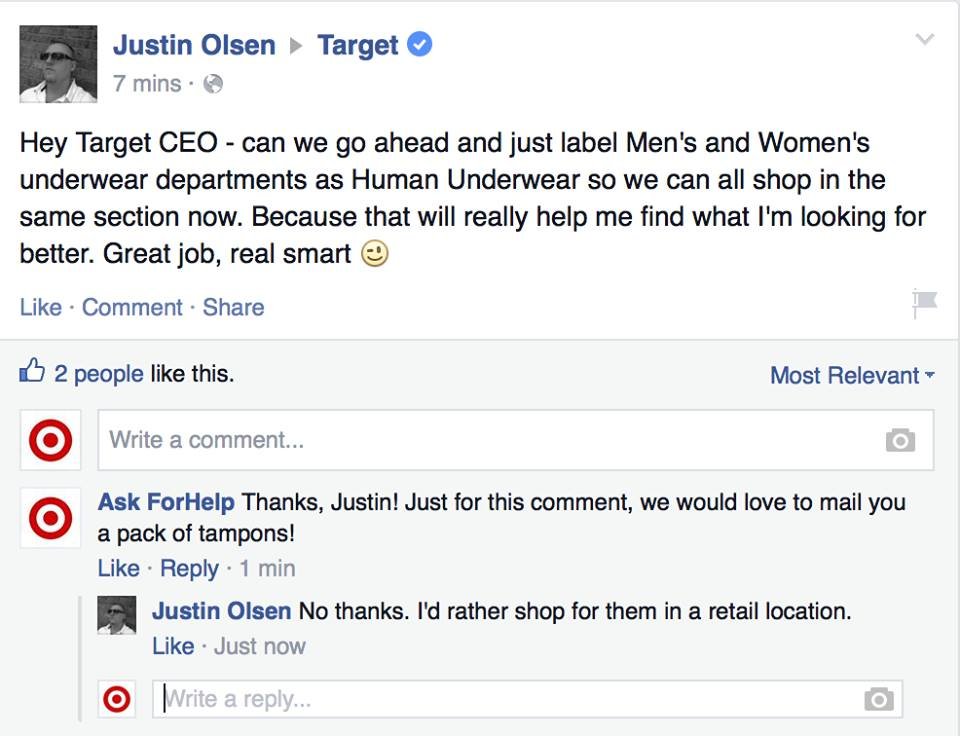 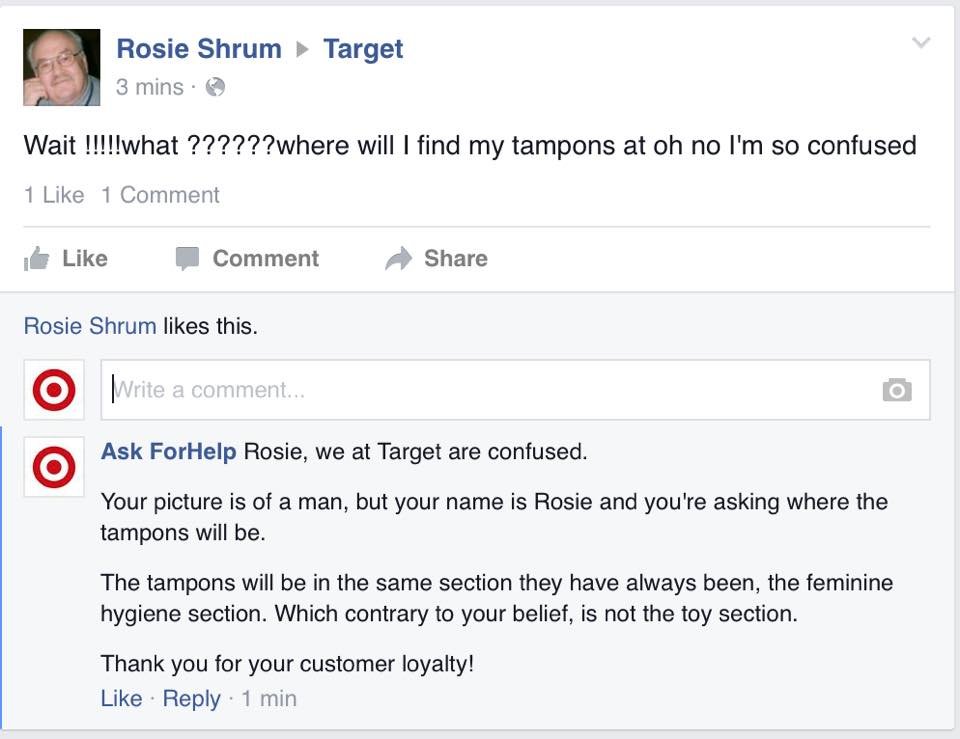 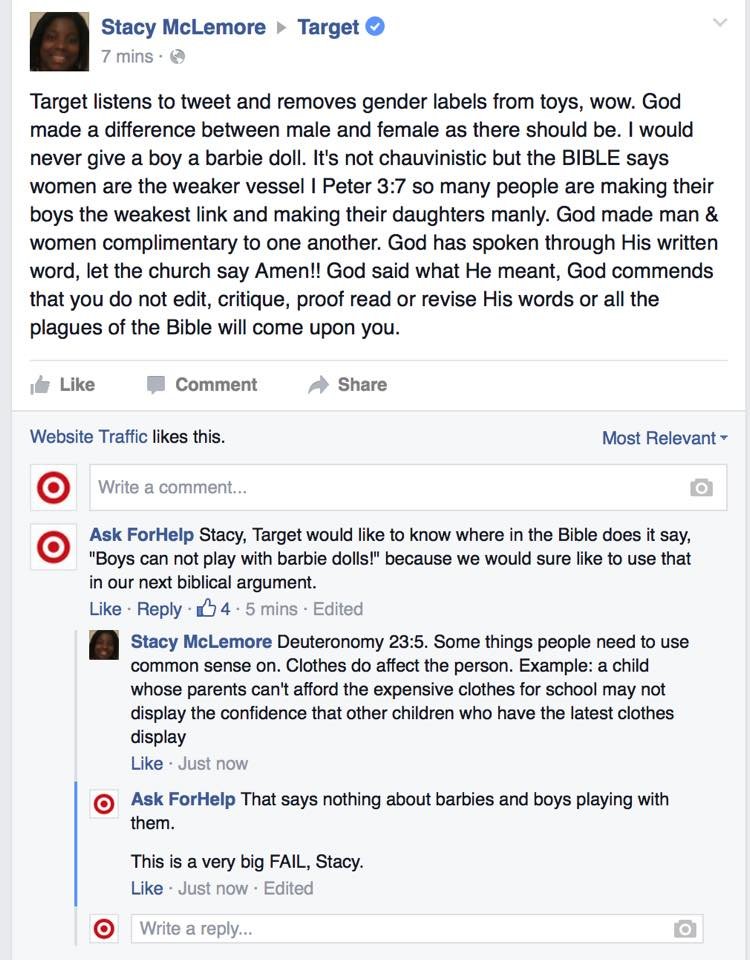 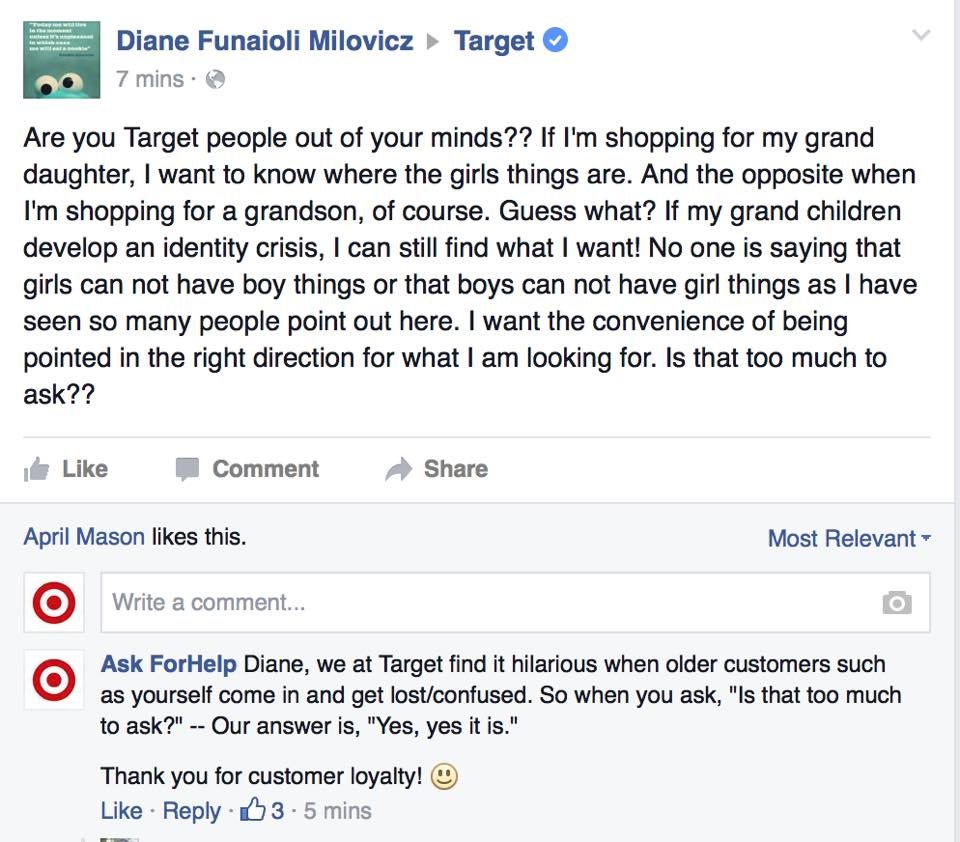 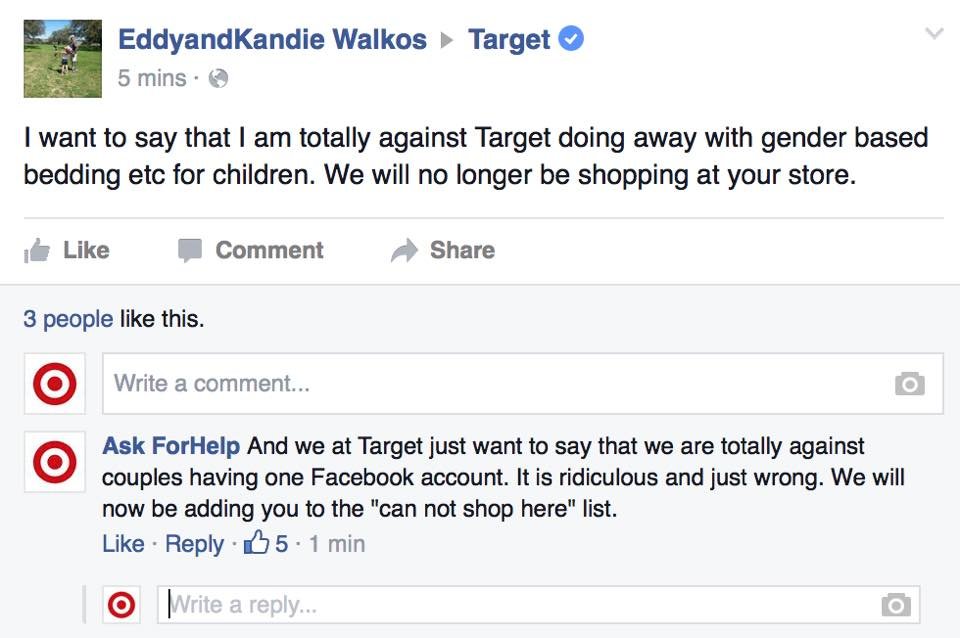 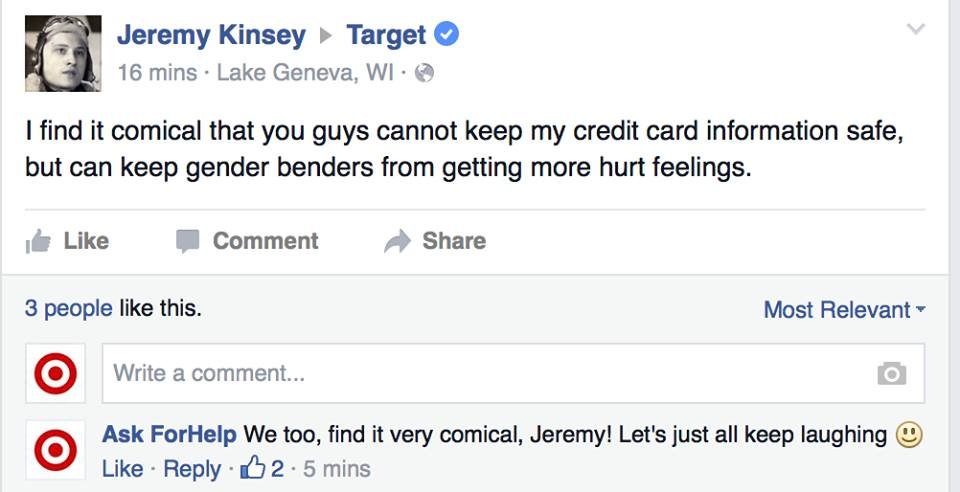 A very detailed and polite way of putting that. 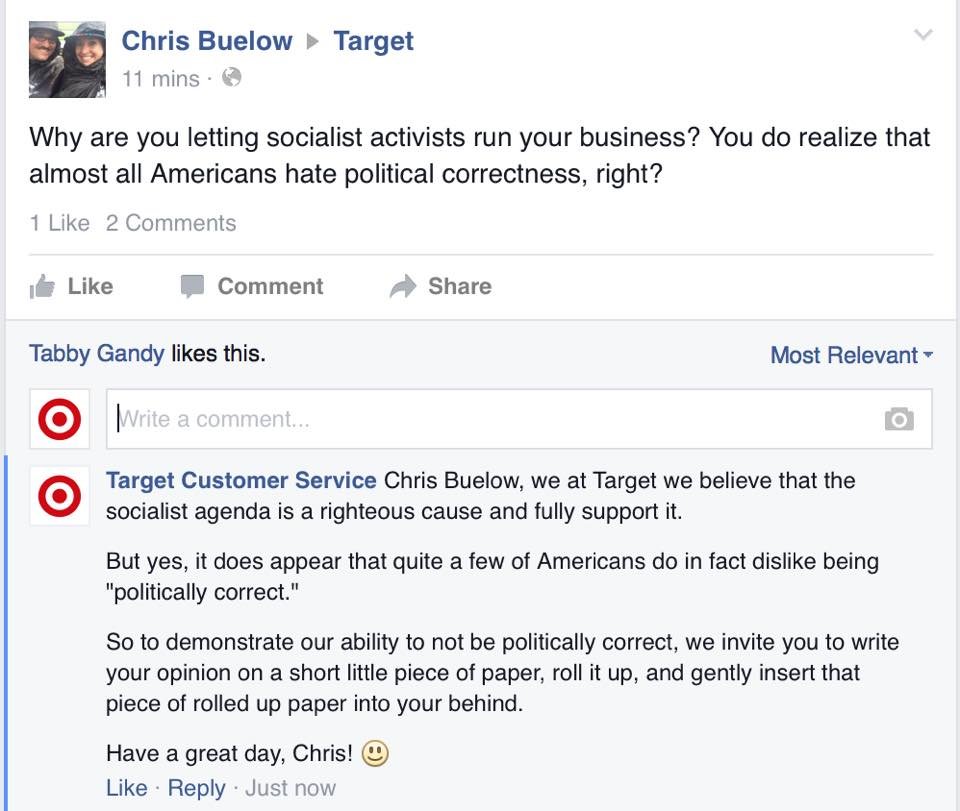 Neutral Birthing is an epidemic. I blame GMOs 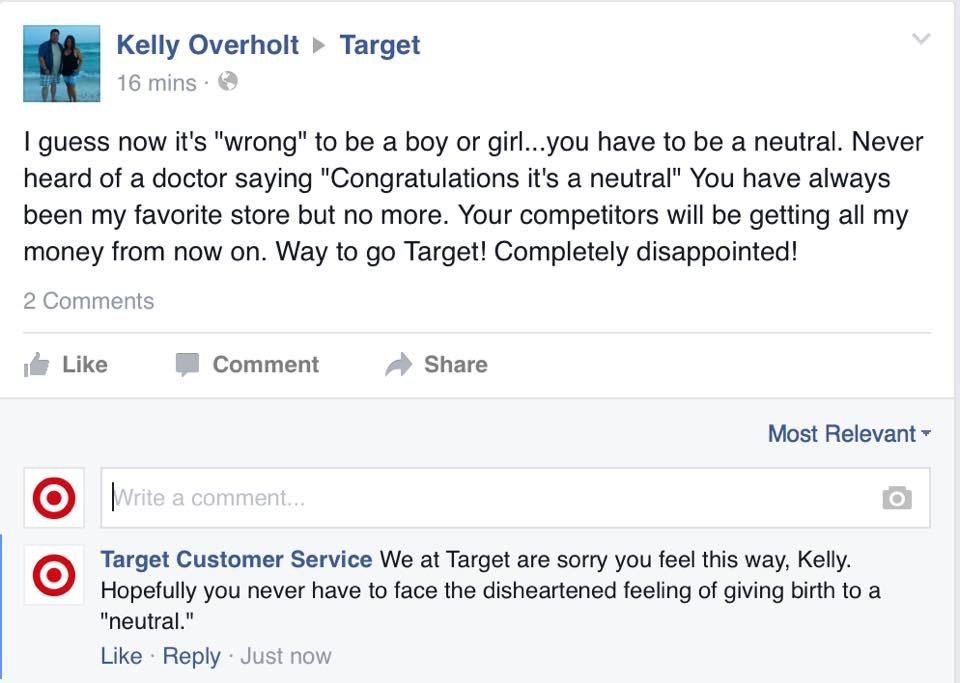 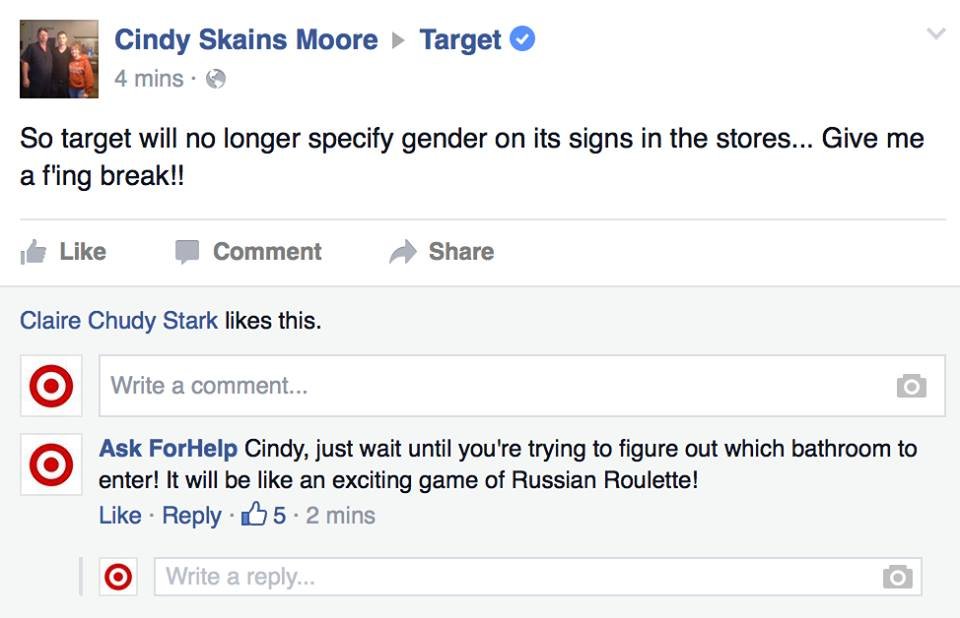 Let’s take this to corporate 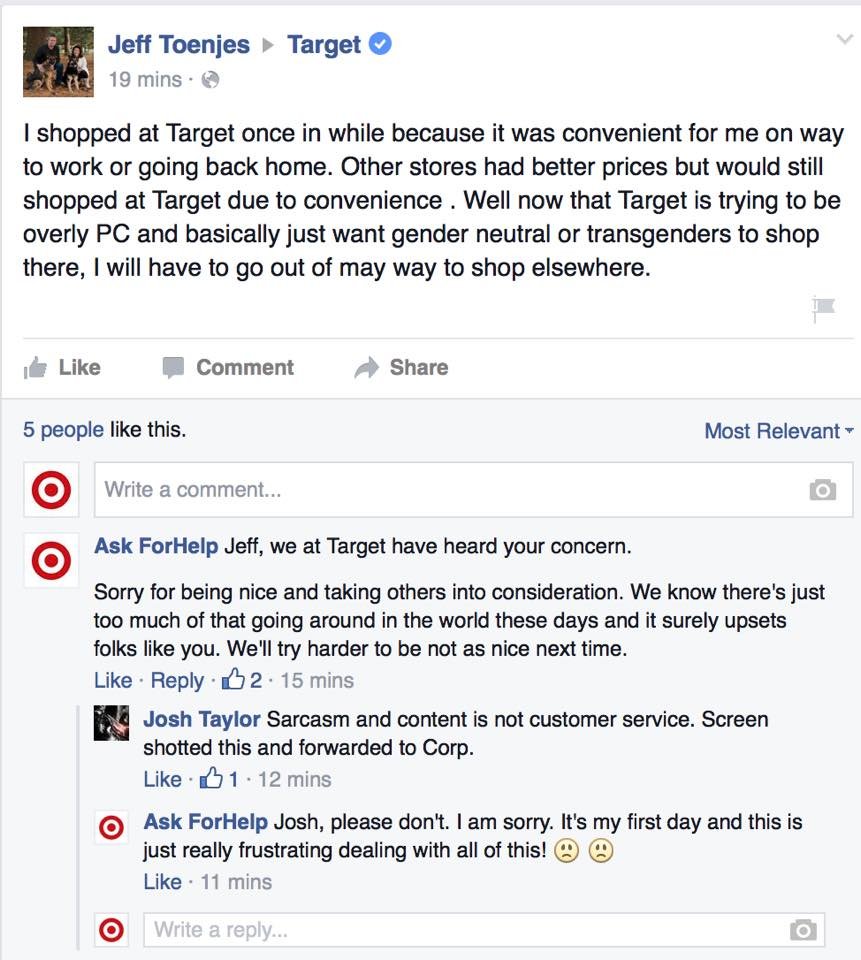 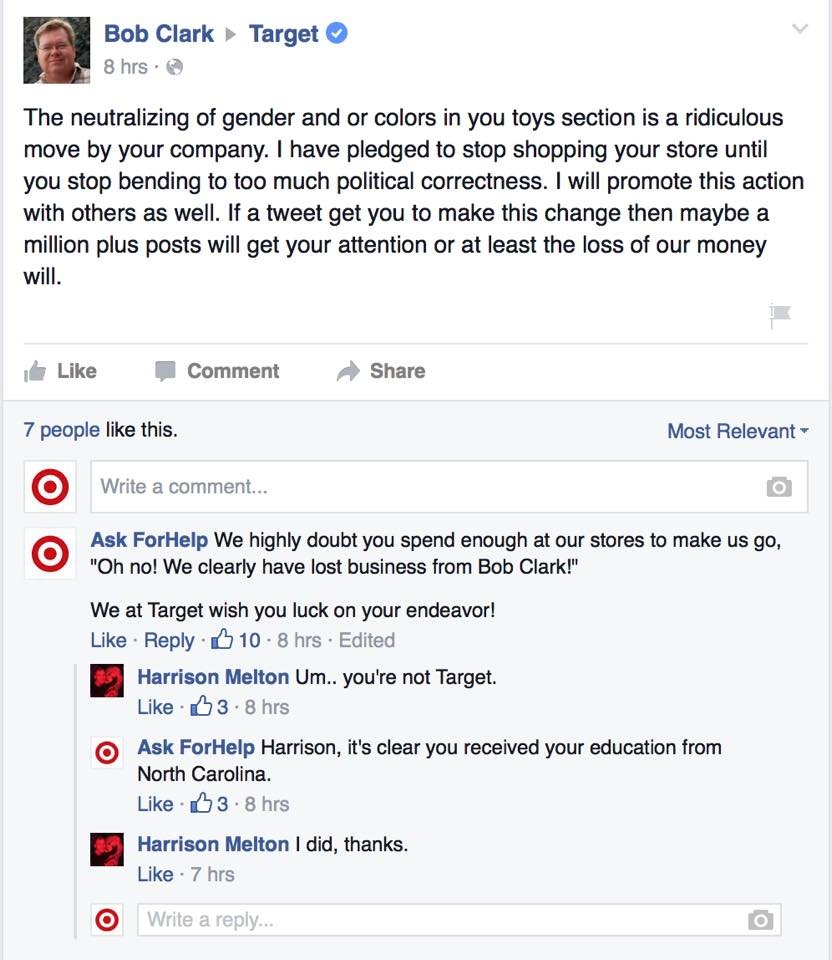 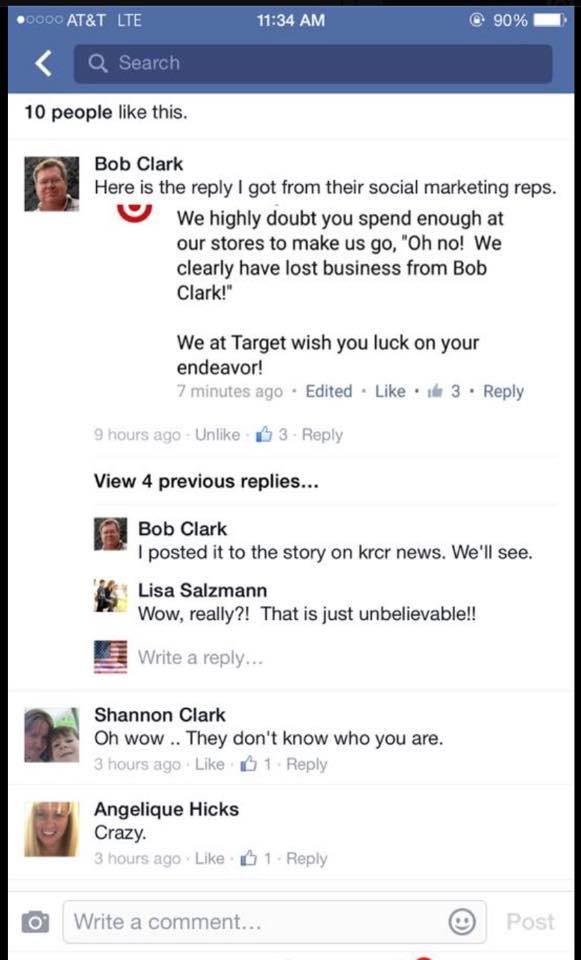 We must say, Bravo Mike! These responses were genius! It’s a shame Target banned the account and put an end to the hilarity. They should hire him instead.

Update: Target has broken their silence on the trolling issue and made a post almost as epic as all of Mike’s posts.