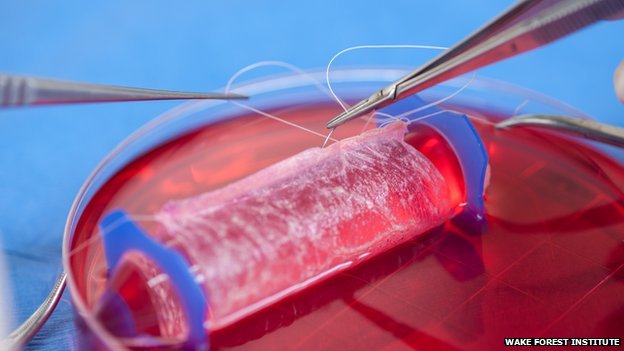 The transplants were all performed on teenage girls (ages 13-18) who had been affected by Mayer-Rokitansky-Küster-Hauser (MRKH) syndrome. The condition causes the vagina and uterus to not form properly and is relatively rare (1 out of every 5,000 live female births). The previous treatment for MRKH syndrome was to construct a new vagina out of other tissues from the body, which has significant drawbacks.

The transplants were done at the HIMFG Tissue Engineering Laboratory in Mexico City between 2005 and 2008. It is now being reported that every transplant was deemed “successful” and many of the women are reporting normal vaginal function (pain-free sexual intercourse and desire).

The laboratory-grown organs were created by taking a biopsy of each patient’s external genitals. They then were placed on a biodegradable “vagina mold” that was carefully created to fit each individual patient. Following up on the transplanted patients, researchers could not distinguish the laboratory tissue from the patient’s “native” tissue.

A representative from Wake Forest Baptist Medical Center confirms that in the future this and similar technology could benefit vaginal cancer patients and victims of female genital mutilation (FGM). (According to the World Health Organization, more than 125 million females alive today in over 29 countries around the world are victims of FGM.)