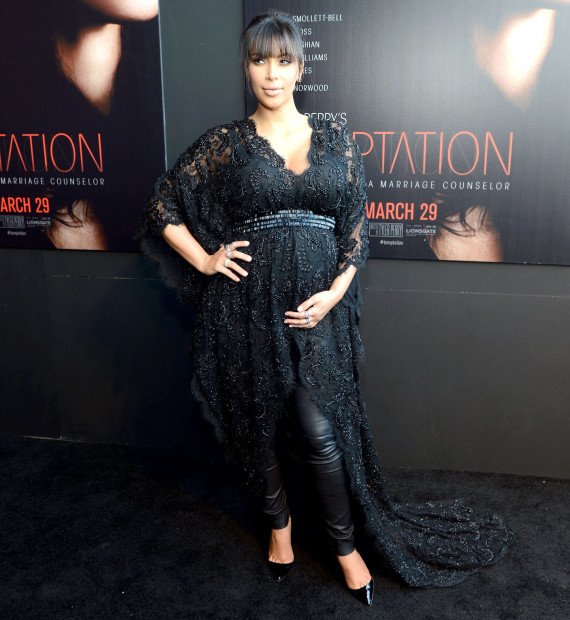 I am working really hard to be neutral and to understand where even the most trite and insolent comments from others come from.

Then I read an article like this from the Huffington Post and it makes me sad for pregnant women in our society…and a little angry.

I understand (to some extent) the point of this article; the author is a fashion editor. Writing an article about maternity fashion tips seems logical.  Kim Kardashian is a hot topic. A pregnant Kim Kardashian is even better. Kim has done an exceptional job of making the image she has projected on TV into a lucrative business. The product she is giving us is what many assume to be her. That is why it works. Is it a proper well-rounded presentation of her as a person? I doubt it; it would be nearly impossible to do through the media.

Nevertheless, while I understand all of the above, that article still rubbed me the wrong way. This is probably a redundant statement, but the article itself probably does not give an accurate portrayal of the person writing it. My concerns and critiques ahead are not putting value on the human being who wrote it, but the words she wrote.

An article like that can be hurtful to our society.

Our culture is so immersed into patriarchal ideals that it is sometimes easy to forget that we are perpetuating it with our own words.

“Your whole body will get bigger, so avoid voluminous shapes.”

“I don’t know about you, but the last thing I want when my butt is exploding out of my jeans is to add a few ruffles to the area.”

I understand that social standards of beauty and fashion can blur together, but it doesn’t have to be that way, and isn’t for many people. I’m going to assume an “exploding butt” means a larger one than what is within the lines of being socially attractive. Whether Kim is intentionally being defiant to our culture’s limited ideals of beauty or not, by being a person well-known in the media and stepping out against social standards of what is acceptable, she is helping break social barriers.

“But as a style writer who has experienced two healthy pregnancies and the body changes that are par for the course, my interest in Kim has piqued.”

The writer had healthy pregnancies, so perhaps her personal experience is slightly skewing her perception of other women’s risks and the changes in their bodies associated with pregnancy. Perhaps my own experience is slightly altering my reading of this article with an emotional attachment. We don’t know Kim’s health status, and perhaps no one (including doctors/midwives) will until closer to the end of her pregnancy. Most likely, she will be completely and totally healthy, but, for instance, if she developed Preeclampsia towards the end of her pregnancy, many women early on in their pregnancies will start noticing water retention and weight gain. Does she have this? I don’t know, but neither do you. I was 93lbs when I was pregnant and almost doubled my weight around 33 weeks, when Aram was born via emergency C-section from HELLP Syndrome. I noticed the weight gain started very early in my pregnancy, but no one took it seriously until the other symptoms started showing up. The point is, you never know. Weight gain in pregnancy should be an off-limits topic and is personal between the pregnant woman and the medical professional monitoring her pregnancy.

I’m quite sure comments (especially on the Huffington Post) are not a good gauge of society as a whole. These kinds of articles fuel the fire for intolerance. Perhaps these comments would follow a positive article, but the negative, catty articles are not helping matters. If people really, truly, didn’t like the Kim Kardashian TV and tabloid persona, the most effective way of showing that is to not click on the links, avoid watching the TV shows, and not comment. I don’t think these people who are attempting to give personal attacks on a media figure actually are successful. I there is some sort of satisfaction in being hateful and negative. I’m sure psychologists can have a field day on why this is, why some people feel the need to attempt personal attacks on people they don’t know, but regardless, the point is that the articles like this aren’t helping society. All they are doing is limiting our choices and perpetuating rape culture.

Some of the comments:

“She is a mess…a hot one…She is not going to be a pretty pregnant woman.”

“The more I look at photos of Kim, pre-pregnant as well as now, the more she looks like her sisters, decidedly sad, unattractive and out-of-place in ridiculously misappropriate clothes. Any one of them might appear attractive if only they’d dress appropriately and simply for themselves and not try to be fashion icons which they’re absolutely not despite Kris Jenner’s managing, merchandising, prodding and sadly pathetic misdirectios. Perhaps if the Kardashian girls were allowed to actually be themselves instead of their mother’s luxury meal ticket and also to create real and true lives using their own assets and talents (they must have some assets and some talents, almost everyone does) instead of following the continued missteps of Kris Jenner and her warped “I am somebody” personality disorder. Likely if the sisters were a bit younger Kris could be charged with a multitude of child endangerment laws and the sisters could be sent to a real, caring foster family environment to grow up and be wonderfully normal instead of the laughing stocks that they’ve each become.”
“Kim is a walking (or in her case, laying on her back) fashion disaster no matter what she does. Give it up and put on some sweats and flip flops.”

“Her being pregnant is far from a fashion tragedy, it a human tragedy.”

Then, there were attempts at personal attacks against the writer:

“Does it make you feel better about yourself when you say degrading things about other women and their bodies?”

Then, the attempt at a reasonable comment (yet the person took time out of the day to comment on this post and say he/she doesn’t care):

“Who cares about this woman?. She is better left to her own devices than we are having to read about her. It makes me wonder why we have a media that is incapable of reporting anything important.”

So, while I understand the point of a fashion article on well-recognized people in the media, there must be a better way to go about this kind of critique. Perhaps it won’t stop the comments, but there will be improvement coming from the publications, and I believe that will have a positive effect on society.

May 5, 2013Jamie
Breastfeeding Art: GhanaWhat I Wish I Had Known Before Our International Adoption