Kids Eat in a Fancy Restaurant

The New York Times Magazine published a video for their food issue where they take six second graders from Brooklyn to a meal at Daniel, one of the most exclusive restaurants in New York City. Meals at Daniel are over $220 per person, and the kids are given the full treatment when they enter the iconic New York City dining institution. Daniel Boulond, the head chef and owner, said prior to the experiment that, as a child, he had never had an opportunity to have a meal similar to what is served in his restaurant:

I never had a chance to go to a fancy restaurant when I was a child. I grew up on a farm, and I had a lot of things we were raising ourselves, so there was a certain connection to everything. 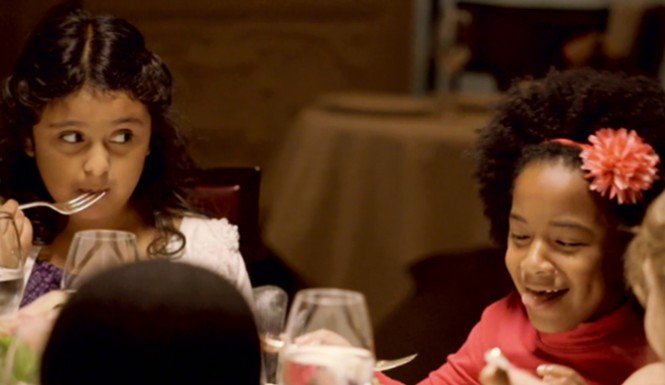 What do the kids think? Well, you’ll need to watch for yourself. But there are a lot of phrases similar to “Why am I eating soap?” and other priceless moments. Of course, dessert is universally liked at all establishments, so Daniel went big on that end of the multi-course meal. Delightful!

Oct 14, 2014Jamie
Watch This Adorable Dad Sing to His Baby Girl While Giving Her a Bath Shia LaBeouf on His Arrest During a Cabaret Broadway Show