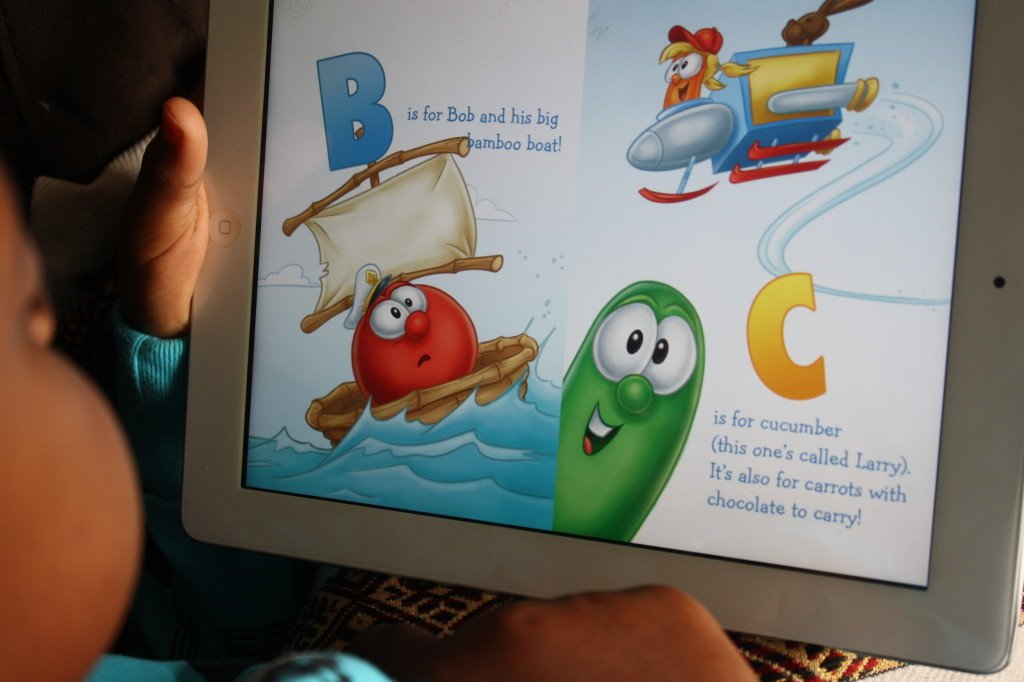 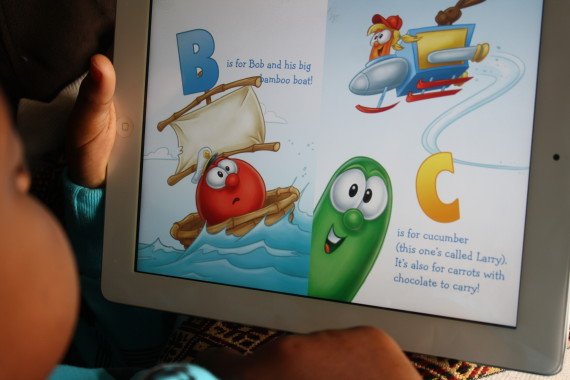 Our family has been watching Veggie Tales since I was young. I remember listening to the creator Phil Vischer explain how Veggie Tales was born. The technology he had at that point would not allow arms, legs,hair, or clothes. He started out with candy with faces, but his wife said that if this was going to be used for children’s entertainment and education it probably would be a poor idea to choose candy. In came the idea of veggies.

Veggie Tales certainly had humble beginnings, but soon found its way into homes all across America, and now has made its way onto tablets and smartphones with their new children’s book app.

Bob and Larry’s ABC’s app helps children learn the alphabet through a fun interactive story narrated by who else but Bob the Tomato and Larry the Cucumber.

Our thoughts on the App: 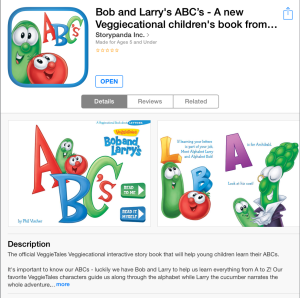 Our recommended age range: 2-4 years. Although, this app does come with a lesson plan specifically geared toward grades K-1.

Focuses on: Identifying and learning the letters of the alphabet.

What could be improved upon: Nothing. This app is a great basic and fun app that will entertain children of all ages, but specifically would be a learning tool for children who do not yet know their alphabet.

If you’re interested in trying this app out Storypanda is graciously giving three of our readers a Bob and Larry’s ABC’s app.