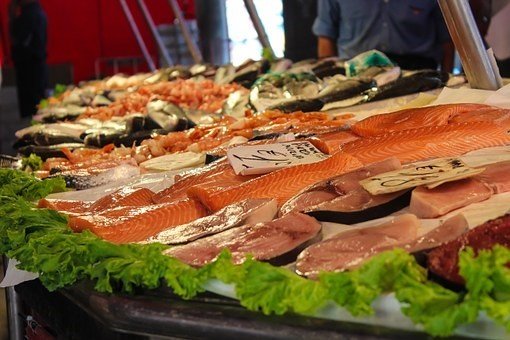 Ketosis, it has been around for a really long time, like a seriously long time. From time to time we hear about it and how people would want to be starting a keto diet. We all have our opinions with regard to the subject of ketosis and keto diets.

But please think for a moment, “What do I really know about a keto diet?” What are you sure about with regard to keto diets that you are not aware of due to hearsay? Well, during the course of this article, some of the more popular myths and false opinions surrounding ketosis would be tacked and the truth brought to life. But first, we will have to get a correct and accurate definition as to what ketosis is and how it is related to a keto diet (yes, they are not the same).

A wonderful source of fat and protein (vital in a good keto diet).

Ketosis, on the other hand, is simply a process. It is a process induced by the body after a period of time on the keto diet. This process kicks in because there are no available carbs in the body to be converted to glucose for energy. So the body turns to convert something else to a source of energy, fat.

The fats and protein consumed as part of the keto diet are converted to ketones during to process of ketosis. The ketones serve the same function glucose served. After being circulated it provides energy to all body organs and parts including the brain.

Although, there would usually be a transition phase during which the body will have to accustom itself to the use of ketones and not glucose as the energy provider. Initially, the only about 20% of the brain would be able to operate smoothly on ketones but with time up to 60% of the brain will acclimatize.

So now that we have a basic idea of the correct meaning of keto diets and ketosis, we will now delve into tacking a few of the more popular myths about keto diets using solid scientific facts.

“A keto diet depends largely or mostly on meat“. Well, this is not quite true. As a matter of fact, it is not true at all because meat is major protein and excess protein is not advised. This is because the body tends to convert excess protein to glucose, thus hindering the process of ketosis already occurring.

The truth is that although proteins can be found in a ketogenic diet from time to time, the major source of calories in a keto diet is good, healthy fat. Fat makes up about 70% to 80% of the total calories gotten from a keto diet.

Some of the major sources of healthy fat include coconut milk, avocados, ribeye steaks, olives and many more.

Thanks to researches carried out over the years, we have scientific results to prove that keto diets have medicinal uses exceeding weight loss. These uses include:

“It restricts your options with regard to food and the meals are generally dull”. It is a common misconception that the options made available during a keto diet are all restrictive and not palatable. This is far from the truth.

The truth is that there are so many combinations to the available food options during keto dieting that it is impossible for a person to go through them all. Plus there are some meals that can be taken by persons on keto dieting that could almost quite literally cause an explosion in your taste buds.

There are so many things you could do with a well-grilled steak or chicken.

“There will be a loss of muscle mass during keto dieting”. People feel that without carbs it would be impossible to develop your muscles or even retain the current muscle mass.

The truth is that although it is possible, it is not a given. A good combination of a well-planned ketogenic diet with periodic exercise has proven to have a very impressive effect.

“A keto diet is the same thing as a high-fat, high-protein meal”. This is also another common misconception as to what a keto diet truly is.

The truth can be expressed in one simple sentence. A good and standard keto diet should contain about 75% fat, 20% protein, and about 5% (or less) carbs.

Apr 17, 2019Jamie
How To Save Money For Mom On Carpet Cleaning ServiceHow to plan Ireland trip with a baby