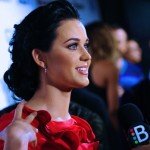 Society has given us stereotypical ideas of what a feminist is, probably because our patriarchal society is trying to discredit women as equal to men, subtly creating the idea of a decades-old extreme (and perhaps misandrist) feminism as a current and correct model/definition for what feminism really is, and this idea of feminism is damaging to society. A good example of it’s damage is that most people seem to not know the true definition of feminism.

So, while I understand (at least I hope) why you said that, and I also understand it sucks to have everything you say taken out of context or every little blurb blown up in the media- I think this is an awesome opportunity to educate people.

Dec 6, 2012Jamie
You Have Given a Miracle This Christmas- Clean WaterAttachment Parenting and Putting Your Marriage Before Your Children