Home > John Green reinterprets kids movies – from the perspective of an adult!

John Green reinterprets kids movies – from the perspective of an adult! 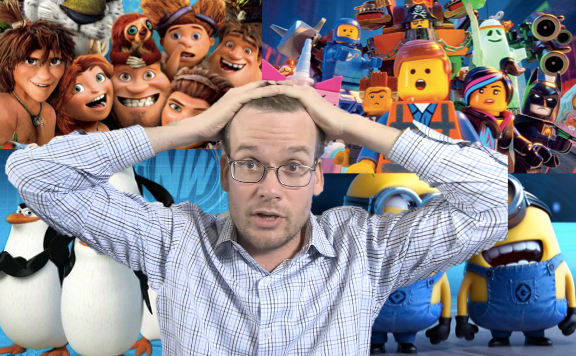 Renowned YA author and professional nerd John Green had a blockbuster movie based on one of his books rake in $124,872,350 last year. But the Indianapolis resident and father to a four year-old and a one-year old shares the same mind-numbing experience familiar to all parents: watching the same ****ing movies over, and over, and over again.

As such, he decided to reinterpret the hottest four kids movies right now, as seen from the adult perspective. He deconstructs The Lego Movie‘s “very meta” relationship with corporate America, bemoans the fact that “inter-species romance is disturbingly common in childrens movies,” and dsicusses the tragically disproportionate advantages conferred to organisms possessing kindenschema in in the Anthropocene.

…And, in doing so, he repeatedly mispronounces “Neanderthal.” It’s NeanderTAL, not NeanderTHAL!! AARGGHHGHH!!!!

(By the way, not to nitpick or anything, but the characters in The Croods are not Neanderthals. I think that it is clear, given the fact that the rest of the movie is made of made-up creatures, the makers of the movie were going for a hominin amalgam of some kind.)

All in all, a wonderful set of interpretations. John, that was so deep I’m swimmin’ in it.

Apr 8, 2015Jamie
4 Lessons to Teach Your Kids About Student LoansBest Egg Cookers Available in the Market