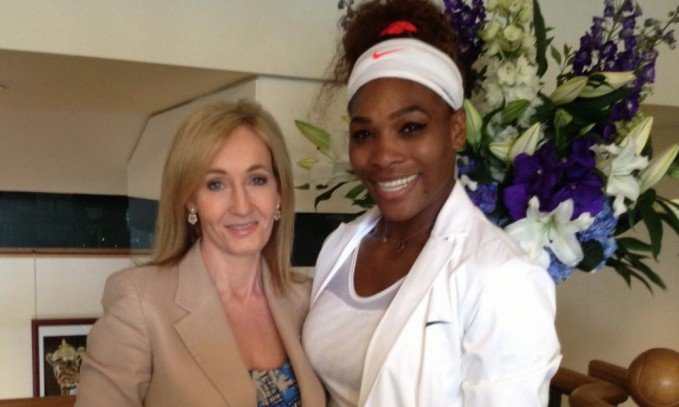 Shortly after a sexist, body-shaming troll popped up. Rowling’s response was as awesome as we’d expect from the outspoken author:

.@diegtristan8 "she is built like a man". Yeah, my husband looks just like this in a dress. You're an idiot. pic.twitter.com/BCvT10MYkI

What the troll may not have known was that Rowling is a Serena William’s superfan. She even posted a picture with the tennis star on Twitter.

This should be a lesson for all, don’t mess with the creator of Voldemort.