Insulting Prejudice at the Grocery Store 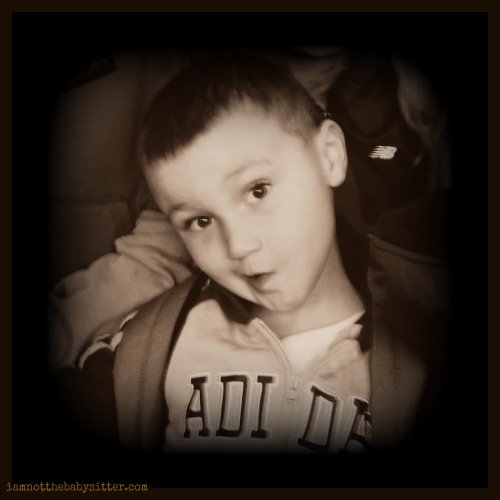 Remember when I said that being mistaken for the babysitter of my children was upsetting? Well, this was 100 times worse:

When shopping at the grocery store, the boys were hanging on both sides of the shopping cart. An elderly (and very sweet-looking) man came over and started asking me questions in broken English.

Me: Happily, and willing at this point to correct him, “No, brothers.”

Man: Looking a bit shocked and confused, points at Samuel, “You the mama?”

Man: “You make love with a black man?”

Me (internal monologue): Dude, seriously? And there is a language barrier! Ugh,  I’ll just move on… “Come on boys…”

We start walking away, but the old man follows us (I’m cringing writing this…)

Man: As he follows us almost chuckling with amusement, “You make love to a black man?” (repeating an uncomfortable amount of times).

Samuel starts piping in, “What is he saying?” Thank God the man had a thick accent… and was elderly. We were able to pick up our pace and lose him in the frozen foods section.

This was totally inappropriate and probably the worst encounter we have dealt with thus far, but there was something about the whole scenario that was so ridiculous I couldn’t help but laugh at my own reaction to the man (speed walking away from a slow-moving old man hot on our trail) as I recounted our grocery store excursion to Brian.

I’ve been thinking about my reaction since then.

I started questioning myself: Am I an ageist?

I let this bigoted man have a pass because of his age. Even with the language barrier, I know if he was younger I would have confronted him about his ignorance.

There should be no pass for racism.

Mar 27, 2013Jamie
Eat Your Heart Out Tom Selleck (And Your Mustache)...Meeting the Police Officer Who Ended My Brother's Life