I’m a benign racist, but I don’t want my kids to be. 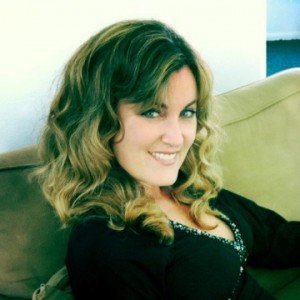 We’re going to send our daughters to the public middle school.  Don’t hold me to it.  In a fit of helicoptering white-flight panic we might drive 5 miles away to the Pacific Palisades and send them to that middle school instead where the kids are mostly white.

If you ask parents from our mostly white charter elementary school why they don’t want to go to the local LAUSD middle school they’ll say it’s because the classes are over-crowded, which they are.  They’ll say the library and computer rooms are outdated, which they are.  They’ll say there isn’t a patch of grass on the campus, which there isn’t.  But there’s also this: our middle school is 50%black, 25%Hispanic, 20%white and 5% other.  Aside from the 5% other our white kids will be the minorities on campus.  No one will admit that’s a concern.  So here I go putting my head on the chopping block.

I’m concerned the kids from black and Hispanic homes might bully our girls because they’re white.  I worry they’ll dislike our girls because they may be more privileged.  I’m afraid the children from lower income households might come from broken, drug-riddled or violent homes (because, of course, that never happens in affluent homes).  I’m also a white woman who had no black friends in school (there were only 5 black kids in our entire high school) and my two Hispanic friends were considered Oreos.

In 2000 I went to South Africa for a film-writing job.  I was nervous to go because the only headlines coming out of South Africa at that time were the AIDS epidemic and the rapes of young black girls in the townships.  The prevailing wisdom was that men who were infected with HIV/AIDS were raping virgins because they thought this would cure the disease.  I imagined rampaging crime, a shell-shocked city.

I ended up in a 5-star hotel, the finest restaurants Cape Town had to offer.  I was ferried to and from the movie set by drivers, it was a pretty glamorous gig.  But after my “colored” driver  (who confessed he’d carried bombs hidden under the very seat I was sitting on during Apartheid) explained to me the ongoing economic Apartheid for coloreds and blacks I decided to take a township tour.  The townships are where blacks, displaced from the former homes during Apartheid, live in corrugated tin huts with no indoor plumbing.  I took the tour with one of the white German producers.  For an entire day his was the only white face I saw.  It was an uncomfortable feeling and I had low grade nerves throughout the tour.

But I was humbled at every turn.  I purchased herbs in the local witch doctor’s hut but had brought bills that were too big for him to change.  His young assistant said he’d go get me change.  When he hadn’t come back in twenty minutes I told the witch doctor it was alright, he could keep the change, but he insisted we wait.  Sure enough the boy returned with my change, but he’d had to go to four different shops to get it.

We finished the tour in a Shabeen (a township bar), not only was I one of two white people there, but I was also the only woman.  Fear set in.  Was I truly safe here?  The local men stared at us for what seemed like an uncomfortable amount of time until one of them approached me.  He explained they were staring because they couldn’t understand what “a lady like me was doing in a place like this.”  We laughed over the shared reference.  Then he offered to buy me a cold beer, which I accepted.  When we were leaving this same generous gentleman thanked me for caring enough to come and visit them.

Fears are debunked by exposure to the things we fear; like pulling away the curtain to reveal the frantic old man yanking on levers to create the Great and Terrible Wizard of Oz.

We plan to send our daughters to our local public middle school.  I hope my girls will be safe.  I hope it will be the right decision for them.  I want to support public education, but more to the point I want my kids to have a broader worldview than I had growing up.  I want them to feel confident and comfortable with good people of every culture, race and creed.  In short, I want them to be better than me.

Aug 30, 2012Jamie
Tips for Breastfeeding Your Newborn BabyHow I decided to start a Boobment