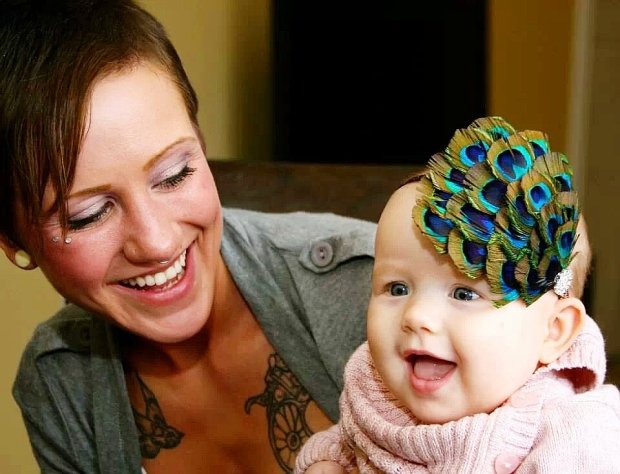 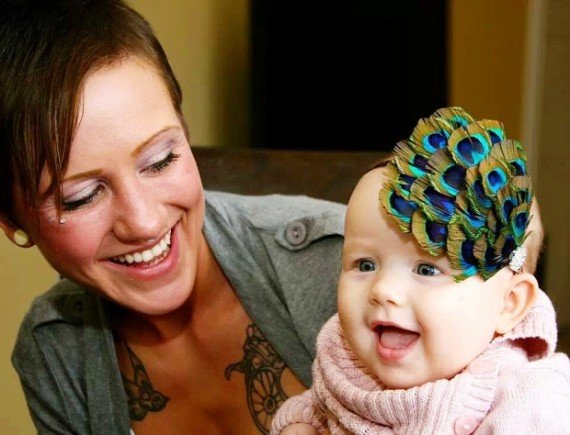 Ottawa mom, Brea Rehder, 24, told Canada.com she was at the Ikea Ottawa location on March 10th. As she waited in line to check out, an employee was called over to handle a pricing issue.

Rehder’s daughter began to fuss while she was waiting for the additional employee, so Rehder began breastfeeding her daughter while waiting in line.

The employee eventually came over and Rehder said she asked her to verify the price of an item she was purchasing.

According to Rehder, the employee responded by saying, “When you’re done being disgusting, we can continue this conversation and in the mean time you can take it to the bathroom because you’re holding up the line.” Rehder pointed out that the only reason she was holding up the line was because she was waiting on the employee.

Rehder said she didn’t respond immediately because she was “absolutely speechless.” Rehder then educated the woman on a breastfeeding mother’s rights. “I just told her I have every right to feed my daughter and I wouldn’t be standing in this line holding it up if you’d come dealt with me immediately.” She then paid for her items and left.

Legally, the Ikea employee was completely out of line. Ontario Human Rights Commission specifically states that mothers should be free to nurse in public and should never be asked to cover or move to a more “discreet” location.

What does Ikea think of all of this?

When Rehder got home, she took to the company’s Facebook page to let them know what just transpired in their Ottawa location.

A company representative responded by apologizing and said they took her claims “seriously” and would be investigating it further. Ikea went further to state their view of breastfeeding in the store:

“Ikea supports mothers’ rights to breastfeed openly. We do provide private rooms for anyone who is interested in a quiet moment, but welcome mothers to breastfeed anywhere in our stores.”

An Ikea manager then contacted Rehder personally. Rehder said the manager “apologized profusely” and said the company had not only opened an internal investigation to identify the employee, but promised her they would remind all workers of the company’s breastfeeding policy.

“I don’t blame Ikea for this, because I know what their family values are,” Rehder told CTV News. “But unfortunately this person was representing them while in uniform.”

Rehder also explained the repercussions her family is facing due to the comments made by this particular employee. Her son, who also is currently breastfeeding, happened to be beside her when the harassment by the Ikea employee took place, and he overheard the entire conversation.

Rehder’s goal now is to relieve the stigma that remains over breastfeeding in public.

“The stigma’s not just going to go away with my story, but I’m hoping that more women will go public with their stories because I know so many women are shamed for breastfeeding, which is a completely natural thing to do.”

“I think in modern times when we are so advanced in every other aspect of life, we can’t accept something we’ve been doing forever.”

“I am writing to provide additional details for a story you ran earlier this week. The story was about an Ottawa woman, Brea Rehder, who alleges that an IKEA employee made a derogatory comment to her for breastfeeding her child in the cash line. As a company who supports mothers’ right to breast feed openly, we took the complaint seriously, apologized to the customer and launched an internal investigation.

Our investigation has revealed that the customer was not in the store at the time and location she claims the incident occurred. However, we do have surveillance footage of the customer shopping at the Ottawa store much later that day. She was at the store between 6:47 p.m. and 8:40 p.m., but there is no evidence of the interaction she has described. In fact, at no time does she breast feed her child during her shopping trip and her infant is not with her when she goes through the cash lane. The infant in question is sitting in a high chair in the Bistro with a member of her party while Ms. Rehder goes through the cash lanes. We have carefully reviewed security footage and interviewed our co-workers who were working at the time and are not able to corroborate any element of her account. It is apparent that the complaint is false.

IKEA is deeply concerned about these false allegations and the impact that they can have on our brand.”