Home > I Am Not the Kidnapper

I Am Not the Kidnapper

Alternet reported that a Virginia father brought his three young children to Walmart and upon returning home had a police officer approach and alerted the father that there were concerns the children were not his (or not legally in his care). Why? The dad had a different skin tone than his daughters.

The mixed-race family then had to participate in questioning by the officer. The father insisted the children were indeed his, and then the police officer asked the oldest daughter to point out her parents.

The security guard who reported the ‘suspicious’ incident to the police blamed a customer who alerted Walmart security of what the person thought looked suspicious.

According to the mother of the girls:

‘”Well, the customer was concerned because they saw the children with [my] husband and he didn’t think that they fit. And I said, ‘What do you mean by they don’t fit?’ And I was trying to get her to say it. And she says, ‘Well, they just don’t match up.’”-source

I am a bit perplexed by the whole thing. I have two thoughts on why someone would even be remotely concerned with seeing a father with his mixed-race daughters:

1. Racism is an insidious part of daily life, and it exposes itself boldly in the most unexpected ways.

2. That is the most boring Walmart ever. Seriously, if a normal family gets that much attention for the melanin in their skin, could you imagine if the patrons of that particular Virginia Walmart went to any of the Walmarts that are frequently featured on “People of Walmart”? 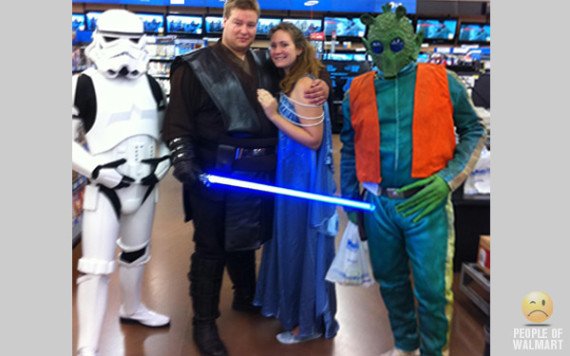 Oh and speaking of the People of Walmart, I have to say I understand why it is considered funny. There are definitely funny photos on there, but there are also bullying, shaming, and degrading photos and captions on there, as well. Ugh…:-(

Here is a  featured image from today: 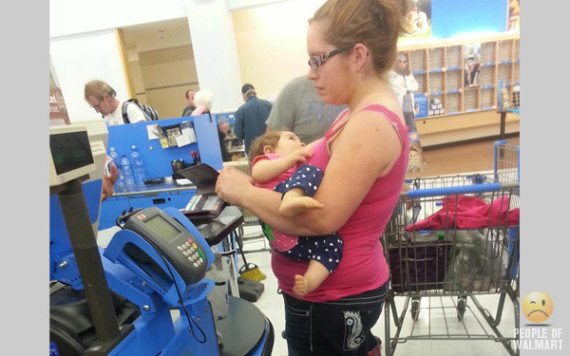 The comments section is surprisingly very pro-breastfeeding, and the picture is kind of awesome. Go mom! I remember doing this when Aram was in the Ergo carrier.

May 22, 2013Jamie
Oven Beef Jerky RecipeSwaddling: Putting All the Myths to Bed