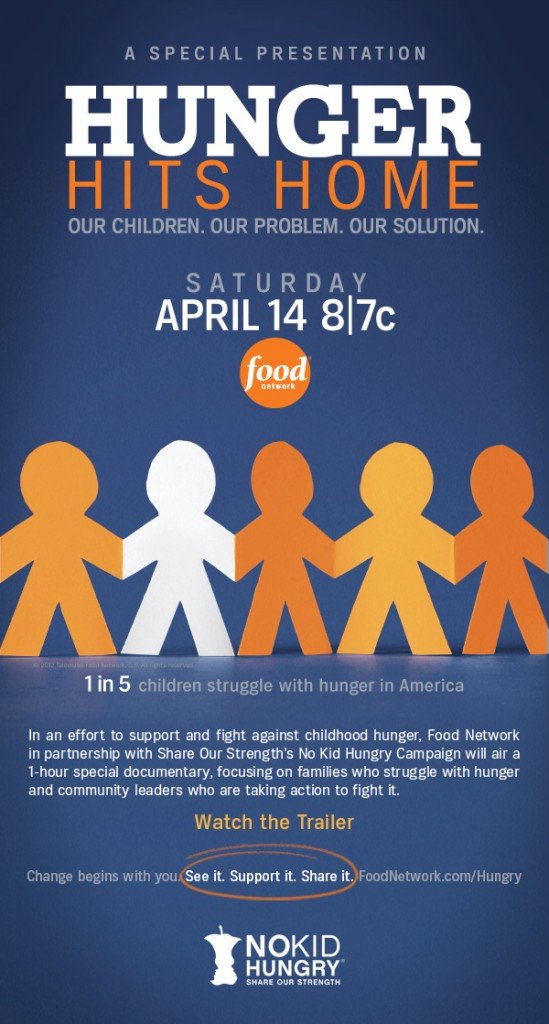 My confession for the week:

I’ve ignored hunger in our country.

I’ve been so caught up in the famine ravaging east Africa, and all other areas of the world where people desperately need food.

It doesn’t mean we should ignore those places that need help now, but we can’t overlook the fact that there are children in our home country going hungry.

The Food Network is airing a documentary about child hunger in America.

I’m definitely going to be watching when it premieres to find out what I can do to help feed these innocent lives, deprived of one of the most basic necessities in life.