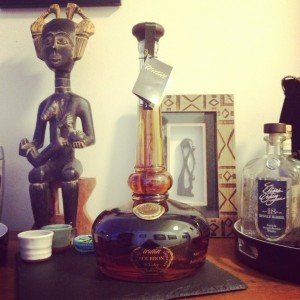 What is the best way to handle unexpected media attention? RUN!

If you are an advocate, you may think receiving media attention will never happen to you, but never say never. Whether it be one article in mainstream news, or a media firestorm, be prepared.

Here is what I’ve learned from my own experience…

The less you say the better.

I was speaking to a friend who has been in the media now for decades and she laughed when I was telling her all my interview horror stories. “It takes years to get that whole interview thing down.” She responded. I guess you can start practicing now, but my practical advice would be, if this does happen to you, it’s easier just to stay quiet.

Oh, what I wouldn’t have given for just 24 hours of preparation for what was about to happen (media-wise). It is okay to get your thoughts together before speaking. It’s not going to hurt your cause to wait; in fact, it will probably help. I had to learn this the hard way.

For instance, we did The Today Show after being on an airplane the entire day prior, landing at midnight, and waking up at 3 AM. We didn’t comprehend what had transpired while we were in the air. I said something on-air about “knowing exactly what we were getting into.” Which meant we knew there would be negative attention attached to this topic because it is so misunderstood in our culture. Even by that morning there is no way we (or anyone in the media) could know what we were getting into because it hadn’t even remotely come close to reaching the apex of the conversation. Those sentences were pulled out of that interview and used everywhere.

There is also a good chance you will have mixed feelings, which aren’t generally accepted in the media. For us, we had mixed feelings because we still supported Time, we were willing participants, but we didn’t like or agree with the finished product. That doesn’t translate well in the media. It ended up coming across like we either loved the creative direction they took with the cover, or (after the Pathways cover came out) that we were manipulated and conned into posing and regretted having done it. Of course, none of that was true. It’s perfectly fine to disagree with something but support the person or company you disagree with, but take caution doing that publicly. The general public probably won’t get it.

If you have a blog, you will be labeled a blogger.

…because you are. However, I think saying someone is a blogger is trying to degrade them in the media. My lawyer has a blog and so does my best friend’s Grandma, along with almost every other person I know. A blog is merely a form of self-publishing, and many use it for various purposes like an open journal for family and friends. My blog was a hobby that I didn’t take too seriously. There are some professional bloggers (who in my opinion don’t get enough credit for their writing because it is in a blog) but that does not mean everyone who has a blog has a clear direction or purpose.

I would suggest allowing the extra traffic to die down before posting again. It doesn’t take long (mine fell back to normal numbers about a month after the cover came out). The reason for this is that you don’t want anyone to feel you are trying to catapult a personal career by this media event. Make it as clear as you can with your actions that your advocacy is about the cause you are supporting, not you personally.

Also, if you do have a blog, be aware that the media may make you an oracle. Because I didn’t post for awhile after the cover came out, the media cherry-picked thoughts from other posts from months or even years prior to the release of the cover and claimed it was my response to the cover. (They also interjected typos, which was bizarre, considering I never proofread and had enough real ones to legitimately insert into an article…)

With all that being said, just be weary of information you make public.

If you have a message that is unpopular with mainstream media (like human rights), the first thing people will do is try to discredit the message, rather than talk through why they feel uncomfortable or fearful.